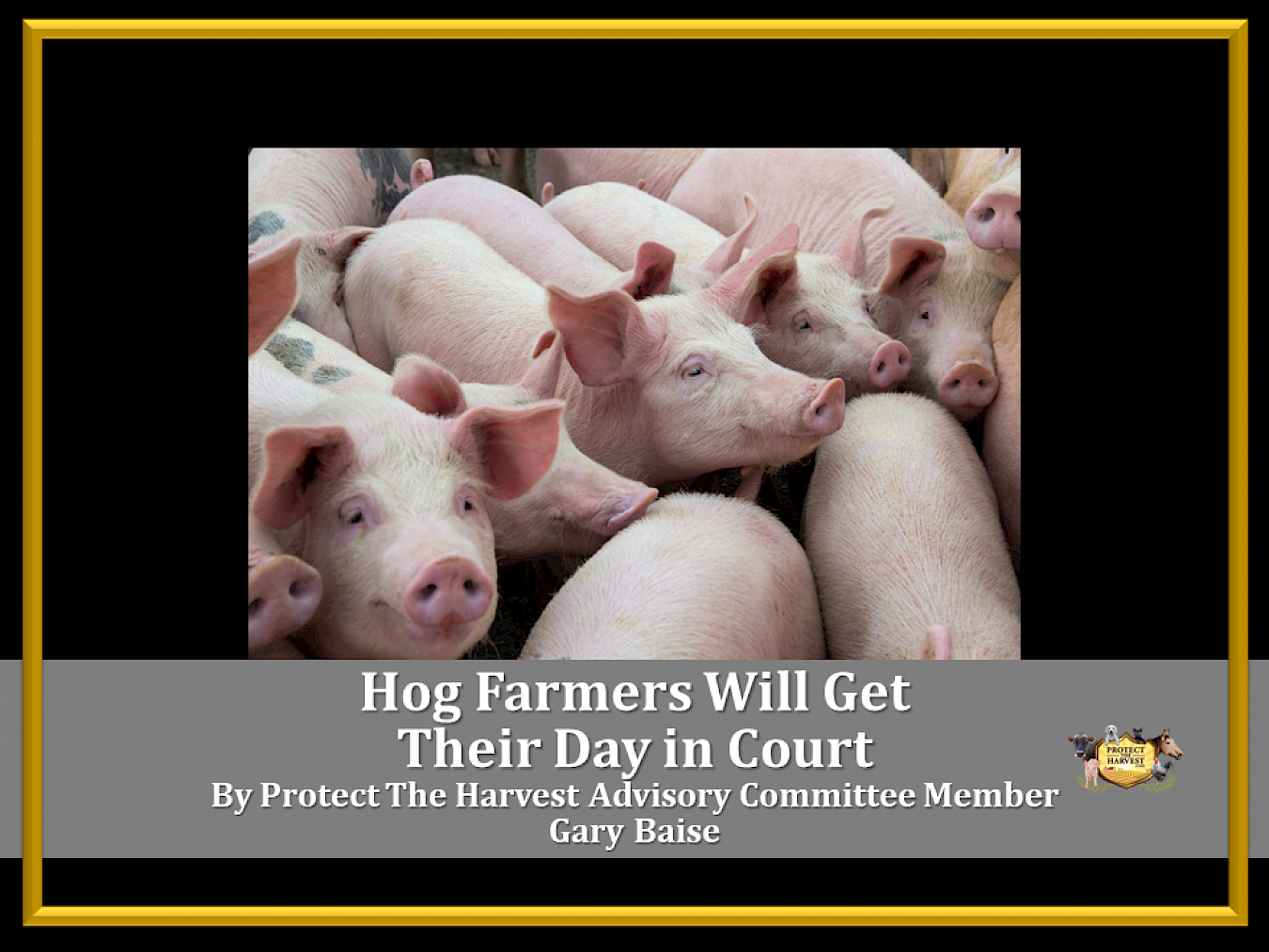 HOG FARMERS WILL GET THEIR DAY IN COURT

The case involving California’s Proposition 12 was distributed for conference eight times in the U.S. Supreme Court! This means there was a lot of opposition to the case. Yet, on March 21, 2022, a sufficient number of justices agreed that the National Pork Producers Council v. Ross case should be heard by the full Supreme Court.

If you haven’t heard about this case, pay attention, as it could impact how you do business even if you don’t grow hogs for a living. The state law seeks to ban the sale of pork from hogs that don’t meet the state’s arbitrary production standards, including pork raised on farms outside California. If the law is allowed, any number of states could begin imposing bans based on arbitrary standards on products shipped into their state. If the Supreme Court allows the law, a patchwork of state-by-state arbitrary rules could spring up causing an interstate trade nightmare for not only farmers but anyone who produces anything.

A number of organizations representing agriculture are thrilled the Supreme Court will hear the case and applaud the National Pork Producers Council and the American Farm Burau Federation for taking the writ of certiorari to SCOTUS. The issues in the NPPC case are, (1) “Whether allegations that a state law has dramatic economic effects largely outside the state and requires pervasive changes to an integrated nationwide industry state a violation of the dormant commerce clause, or whether the extraterritoriality principle described in the Supreme Court is now a dead letter; and (2) whether such allegations, concerning a law that is based solely on preferences regarding out-of-state housing of farm animals state a claim under Pike v. Bruce Church, Inc.”

The agricultural organizations can congratulate themselves, but the members of the Court are largely Harvard and Yale graduates and are also mostly U.S. Court of Appeals judges. Together, along with their law clerks, they know little or nothing about the housing of farm animals.

The Center for a Humane Economy, Animal Wellness Action and Foundation put out a press release on March 28 which stated: “…in their continuing attempts (NPPC &AFBF) to nullify a voter-approved ballot measure in California that restricts the sale of pork that comes from factory farms that confine breeding sows in cages barely larger than their bodies.”
This quote alone shows these animal welfare groups have never been around a mother sow in A-frames. They would know that sows flop down and kill their offspring. Cages keep the sows from this terrible practice.

The animal rights groups point out the farmers have had at least 10 legal setbacks. The animal rights groups also claim, “California did not exhibit protectionism for its agriculture industry. Producers in California and in other states would all have to adhere to the same minimum space allotment standards if they want to sell pork, eggs, or veal in the California market.” I suspect not one Supreme Court justice has ever darkened a hog CAFO. So, it will be up to the U.S. Supreme Court and the law clerks to determine if breeding sows are kept in extreme confinement.

A Case Worth Mentioning

Let’s hope the affidavits filed in other cases are included so that the U.S. Supreme Court justices and law clerks can see the costs that California’s rule will impose.
As has been said before, if California wins this case, it means that California can dictate the practices of all American farmers and overseas farmers that want to sell into California with its population of approximately 37 million. Even though the decision by the U.S. Supreme Court to hear the case is a great win for the American farmer, this is only the beginning and not the end. I suggest you read Pike v. Bruce Church, Inc. 397U.S.137 (1970).