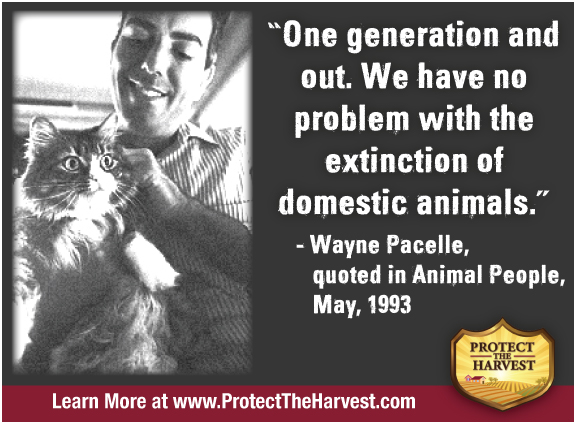 This week, the Humane Society of the United States (HSUS) brought their anti-farmer and rancher protest and publicity machine to Oklahoma. HSUS protestors walked Oklahoma City's capitol steps carrying signs demonizing the state's agriculture industry and policy leaders. The issue? Oklahoma's desire to address the abuse, abandonment and overpopulation of horses in the state. Representative Skye McNiel introduced House Bill 1999 to lift the state's ban on horse slaughter to restore value to unwanted Oklahoma horses, and in came a flood of out-of-state phone calls, hate mail, false accusations, and personal attacks. In 2006, Congress removed certain USDA funding, forcing the administration to stop paying for on-site inspections at horse processing facilities -- inspections that are required by law for plant operation. Along with the cuts, came the closures of the last three horse processing facilities in the U.S.. Now, horse processing must occur outside of the United States -- in Mexico or Canada, for example -- where USDA has no power to regulate or advocate for humane practices in horse processing. A Government Accountability Report (GAO) released in June 2011 made the following recommendation to Congress:

Expert opinions from the American Veterinarian Medical Association (AVMA) state that "humane slaughter in the U.S. is preferable to less-regulated slaughter in Mexican abattoirs." The American Association of Equine Practitioners (AAEP) also mentions "that the slaughter of unwanted horses at processing facilities is currently a necessary aspect of the equine industry in order to provide a humane alternative to allowing a horse to continue life of discomfort or pain and possibly inadequate care of abandonment." As expected, HSUS's attacks against Rep. McNiel have been over-the-top. It's understandable that we may disagree with someone from time to time, but it's another issue when you harass, threaten, and lie about that person publicly. Oklahoma's HB 1999 is in line with the recommendations made by policy and animal care experts aimed at improving the welfare of horses in the state. Why would HSUS be opposed to a measure that is intended to provide a more humane solution for horse processing than those that were previously forced on horse owners in our country? Oklahoma is a state rich with agriculture traditions and heritage. They elect leaders who lead them in the right direction. Rep. McNiel is standing her ground amidst strong opposition from out-of-state activists who continually reject facts. Oklahoma'a House and Senate both passed House Bill 1999 and it is currently awaiting further action. Terry Detrick, President of American Farmers & Ranchers/Oklahoma Farmers Union, couldn't have said it any better:

We will continue to keep you updated as more stories are released.