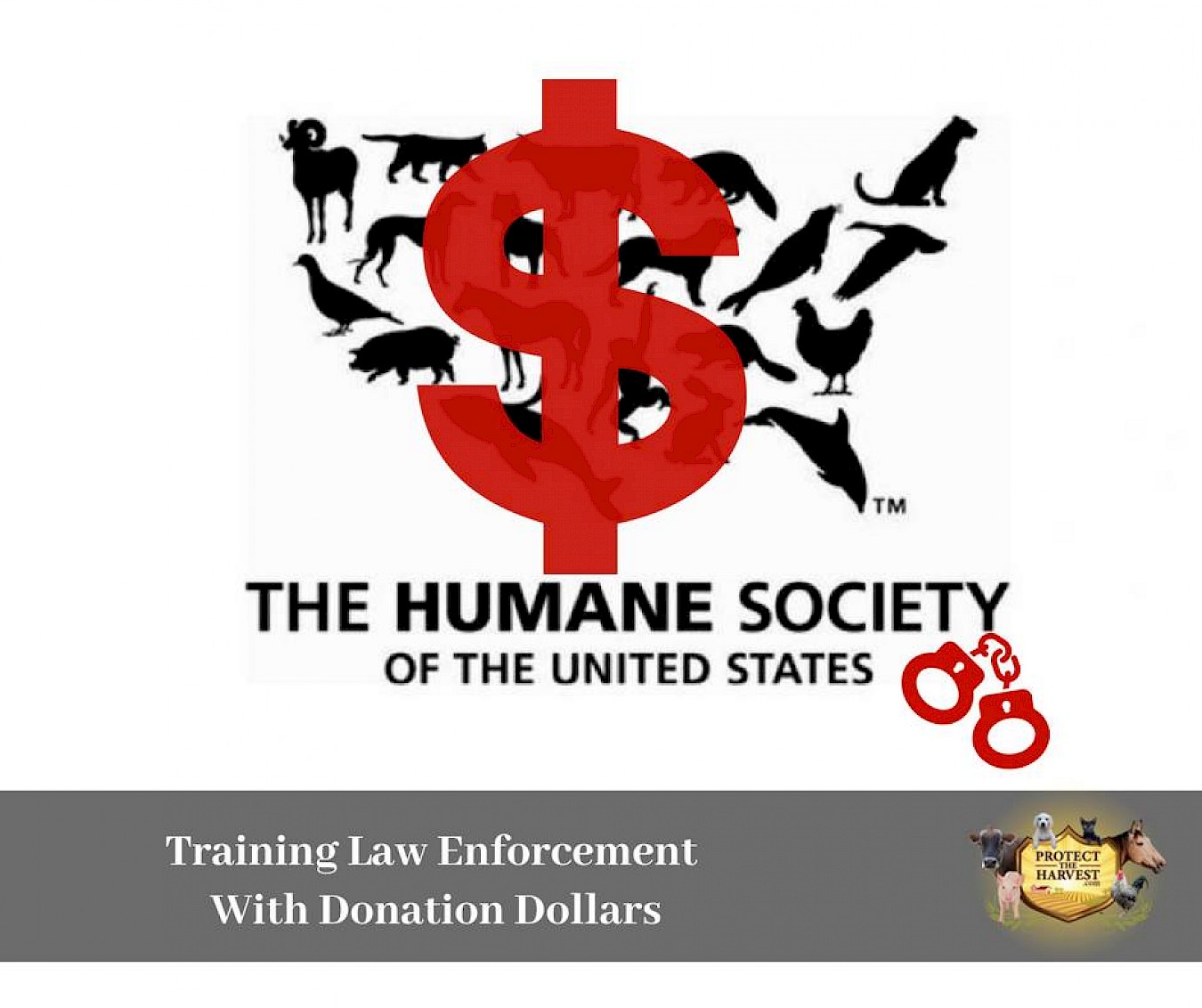 Law Enforcement Agencies are Being Influenced by Animal Rights Groups

Animal rights groups have become an influence on law enforcement, not only through award ceremonies, for example handing out Humane Law Enforcement awards, but through training as well. The Humane Society of the United States (HSUS) has provided many states, cities and counties with material and workshops about how to enforce animal laws and conduct seizures. Then, after the workshops they have awarded “outstanding” officers and departments for their efforts.

This animal rights influence on law enforcement is a justifiable cause for worry amongst people who own animals. The HSUS has been known to take extreme measures to end all animal ownership and production. They have also been known to participate in seizures and use those seizures raise considerable funds to pad their coffers. Therefore, with law enforcement receiving training and encouragement by animal rights extremists, animal rights groups are one step closer to achieving their goal of ending animal ownership.

Most of these trainings are free to law enforcement departments. Trainers are former and current officers that have an expertise in finding the loopholes in animal protection laws that can be used against animal owners. They also have expertise in conducting seizures. The HSUS website claims, “The Animal Rescue Team has a long and successful track record with prosecutors, judges and law enforcement. Law enforcement agencies across the country call upon us to assist with the investigation and prosecution of every type of animal abuse.”

Often when people hear about the HSUS inserting themselves into law enforcement they dismiss it, thinking it doesn’t impact them and that, “It will never happen in our agricultural state.” It does happen and in fact, the HSUS targets states and communities where they believe they can slip in without much opposition. What happened in North Dakota is a prime example.

The HSUS pushed a ballot initiative in North Dakota, titled, “Prevention of Animal Cruelty,” in hopes of making voters believe they were helping animals. Voters did not fall for the misleading legislation and voted down the initiative. However, the HSUS was not deterred. Via back door methods they were able to make changes to the Century Code and passed similar laws as outlined in their ballot initiative despite the will of the people. Then, they proceeded to train law enforcement on the new law, which allows for an actionable claim from out of state callers and the seizure and sale of animals without notice to the owner or hearing to establish guilt or wrongdoing.

But That’s Not All – HSUS Asserts Itself in Environmental Issues

The HSUS meddles in the ecosystem with their lawsuits against removal of sea lions at the Bonneville Dam. They have filed lawsuits against the U.S. Department of Fish and Wildlife multiple times, creating issues with populations of salmon, steelhead, white sturgeon and orca. Their agenda is selfish, as they are choosing one species and disregarding many others who are at risk of becoming endangered or are already endangered. Update on this issue.

The HSUS has been known for its far-reaching tentacles, this is proven in their activities around horses on American rangelands. The HSUS had teamed up with wild horse extremist-activist groups to file lawsuits and to stop the BLM from being able to properly manage the horse populations. What most people don’t know is that the HSUS has a patent on PZP, a birth control vaccine. Therefore, the HSUS isn’t concerned about the wild horse population as much as they are worried about their own finances.

On July 18,2018, in Massachusetts, Environmental Police Officer Major Patrick Moran, as well as the Board of Wildlife Violator Compact Administrators, were honored by the Humane Society of the United States with the 2018 Humane Law Enforcement award.

These agencies teaming up with HSUS are worrisome, considering the power they have in their respective communities. They certainly are misleading the public about where their money goes when they run ads about shelter animals on television.