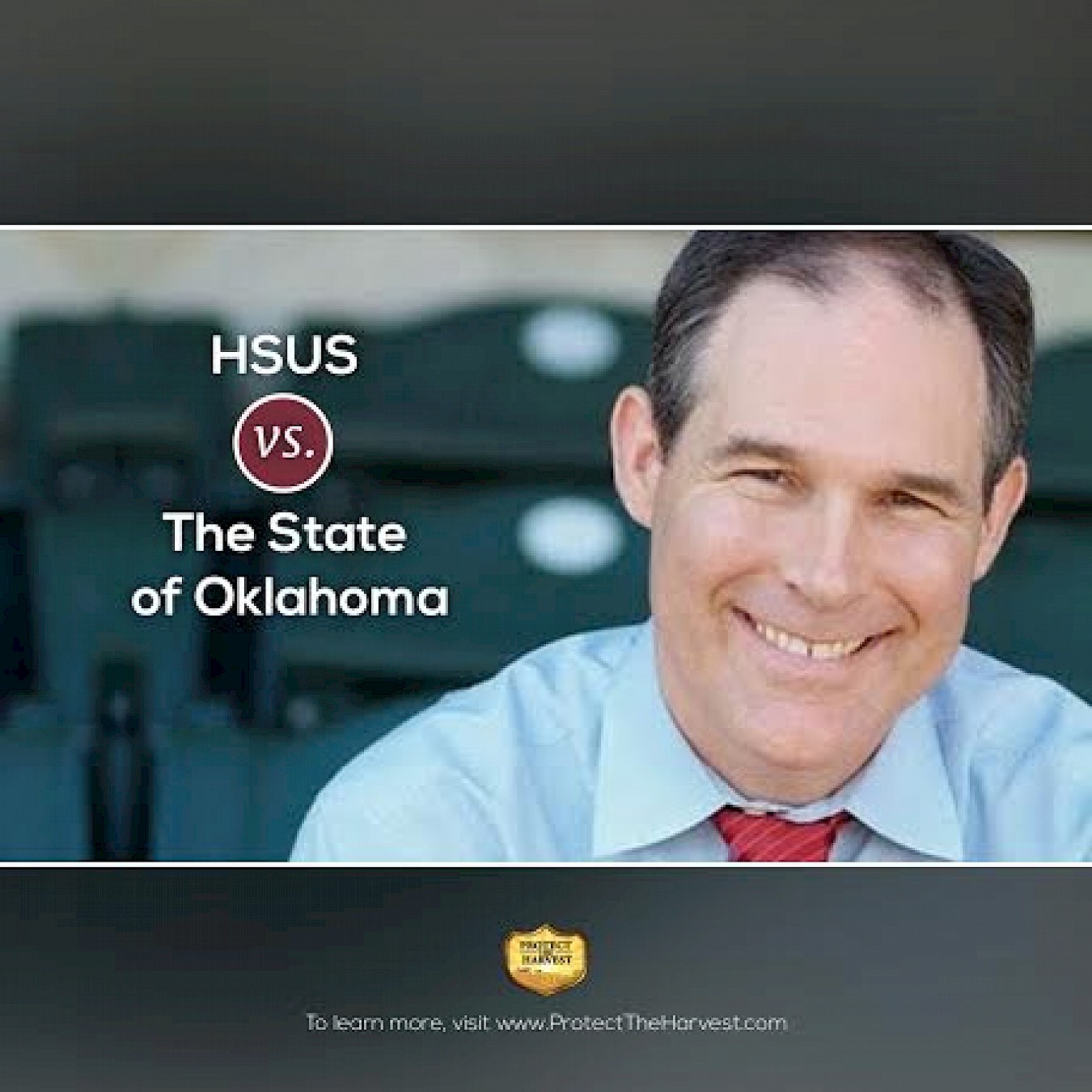 The Humane Society of the United States (HSUS) recently made the audacious (and nearly unprecedented) choice to sue Oklahoma’s Attorney General Scott Pruitt in an attempt to block him from investigating the radical animal rights group’s fundraising practices in the Sooner state. According to reports, HSUS objects to a Civil Investigative Demand issued by Pruitt who is seeking documents related to the group’s fundraising campaign in Oklahoma after the devastating tornado that hit the town of Moore, OK and surrounding areas in 2013. In March 2014, Attorney General Pruitt sent out a consumer alert warning Oklahomans that, despite the content of its advertising, HSUS spends most of its money on lobbying and political activities in other states and nationwide. The Attorney General was concerned that Oklahoma citizens would donate to the group mistakenly thinking that their contributions would be used to help animals displaced by the storms. The Attorney General has been specifically concerned that Oklahomans would think that, by contributing to HSUS, they would be helping their local animal shelters. As our readers know, HSUS is not affiliated with local animal shelters and spends less than 1% of its massive budget on animal care. Instead, HSUS spends millions each year lobbying politicians or waging political campaigns. In 2012, HSUS threw buckets of money into advertising in a failed attempt to amend the North Dakota state constitution. In 2014, HSUS spent nearly a million dollars in a futile effort to oppose the Missouri Farming Rights Amendment. At the same time, HSUS was pushing amendments to ban wolf hunting in Michigan and to curb bear hunting in Maine. This is hardly the first time HSUS has faced legal and political scrutiny. Following the Katrina disaster, HSUS launched a barrage of fundraising appeals in Louisiana. That state’s Attorney General eventually opened up an investigation into how, and where, HSUS spent the money it raised through those appeals. The Louisiana AG dropped its investigation under some mysterious circumstances. In 2014, HSUS settled with Feld Entertainment in a suit brought against them under the RICO Act, the law that was originally created to crack down on organized crime. In 2010, Congressman Blaine Luetkemeyer (R-MO) requested that the IRS review, and possibly revoke, HSUS’s 501(c)3 status due to their allegedly deceptive fundraising. The IRS drug its feet, perhaps because of disgraced then-IRS Director of Exempt Organizations Lois Lerner’s active membership with HSUS. There has been bi-partisan concern about HSUS. In 2005, 14 Congressional Democrats, led by Rep. Sherrod Brown (D-OH), challenged USAID’s $500,000 grant to the animal rights group. However, HSUS never responded to any of these prior investigations with lawsuits. One wonders just what Oklahoma’s Attorney General has found that has the nation’s leading animal rights front so worked up.