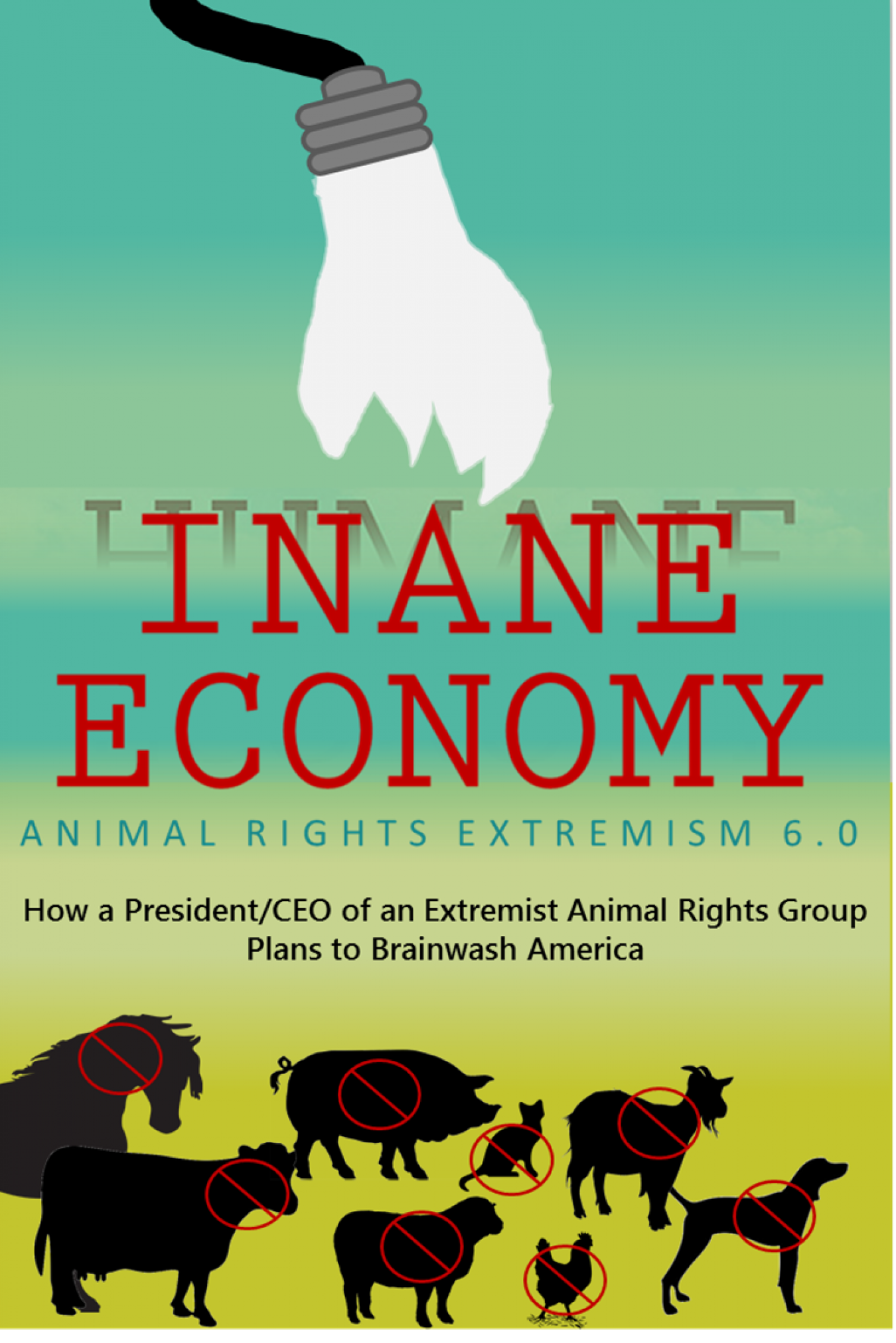 A Manifesto by Wayne Pacelle, CEO and President of the Humane Society of the United States

The HSUS’s CEO and President, Wayne Pacelle, has recently released a new book. While we are against his dogma, we are hoping this book is a big wake up call to Americans. It clearly outlines Pacelle’s plan to brainwash people and change everything most of us hold dear, including ruining our economy and way of life.

In the past, The Animal Rights Industry has bombarded people with emotional messaging. They have been working to eliminate animals from our lifestyle in every aspect, from what we eat, to owning animals such as horses, livestock and even companion animals. Now, with the publication of this book, it is clear that the Humane Society of the United States (HSUS) and its allies are refocusing on a new plan. This plan is centered on convincing society that a vegan lifestyle is best for animals and best from an economic aspect for humans.

He is proposing a society that treats animals like humans, not for a society where humans treat animals humanely. Pacelle claims his “Humane Economy”, would allow us to remove our need for animals altogether and instead create new ways for our society to live. In the way he envisions and by his rules. The radical Animal Rights basic premise is this, “If you use animals, you are guilty of animal cruelty. If we don’t use animals, we will be better off as a society.” According to Mr. Pacelle, it is only through his so-called “enlightened consumer” (a person that eliminates the use of animals), animals are truly cared for and nourished. This is ridiculous. For thousands and thousands of years mankind has utilized and bred domestic animals; to feed us, for products and for companionship. Because of this, they rely on us for their very survival.

A major question about veganism is its viability on a large scale. Pacelle’s, manifesto is completely ignoring the impact veganism has on human health. It also disregards studies that show how wide-spread veganism would damage the economy. Jayson Lusk and Bailey Norwood are researchers who studied the potential impact of vegetarianism on the economy; their study showed that many vegan/vegetarian foods are less efficient to produce than meat. A diet rich in meat is much more efficient for acquiring protein and the other essential vitamins and minerals humans need to survive. They note that, “Livestock can be produced on otherwise relatively unproductive land, whereas fruits and vegetables, along with being inherently more expensive, require high-quality, productive land; land which, in the U.S. anyway, is relatively rare.” This inane model would have disastrous effects. The types of changes “The Humane Economy” is advocating would cause a major shift in food production that would be impossible for farmers to adapt to. There is no doubt the immense costs of a dramatic switch would be passed on to consumers. It will severely burden the very people the HSUS is trying to convince a “Humane Economy” would benefit. It would have an even more dramatic impact on low income families who are having a hard time feeding themselves as it is. If Pacelle’s plan becomes a reality, all Americans would struggle and domestic animals would cease to exist. That doesn’t seem very humane to us.