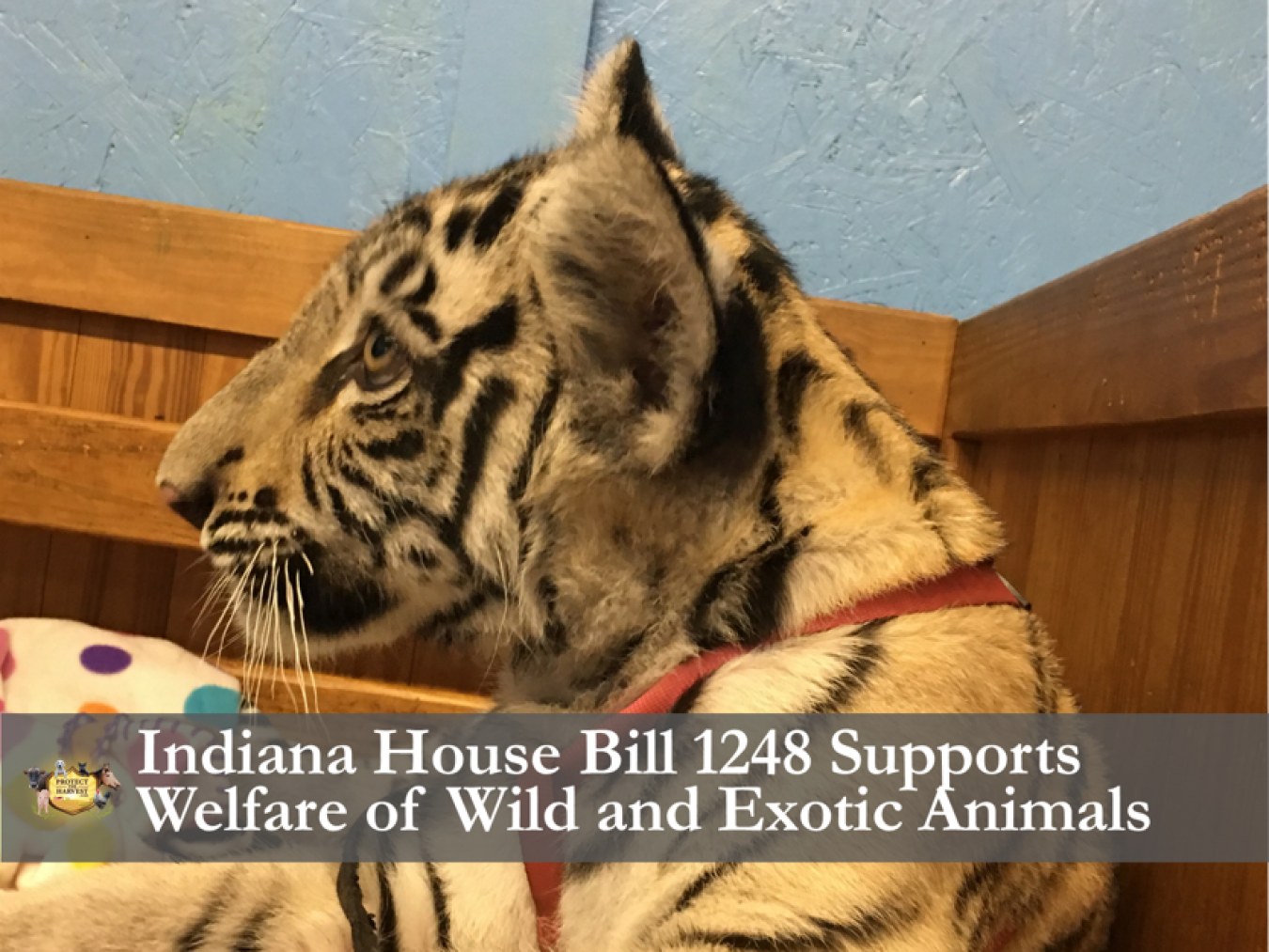 The bipartisan Indiana House Bill 1248 was recently signed into law by Governor Eric Holcomb on March 3rd. First introduced by Representative David Abbot, this legislation will prohibit owners of specified animals (primarily exotic apex predators) from allowing the public to come into direct contact or in close proximity to them.

This common-sense legislation is directed towards ending the practices of “cub petting” that is done at some private zoos and preserves. Cub petting activities allow the public to interact with wild animals directly.

Cub petting and similar activities have the potential to be dangerous to the public. These activities also put the animals – which are wild, not domesticated – in a position that can be threatening to their natural behaviors and welfare. House Bill 1248 follows the recent closing of a facility shut down by Indiana state officials, which offered cub petting to its visitors. In addition to cub petting, the facility also faced allegations of over 120 Animal Welfare Act violations.

What’s in the Bill?

In addition to the cub petting restrictions, it also requires that any person owning a “specified animal” have a license issued by the U.S. Department of Agriculture as a dealer, breeder, or exhibitor of that animal. The new law does not prohibit the ownership of exotic animals.

The official language reads as follows:

A Positive Win for Animal Welfare

In the case of wild exotic animals, responsible ownership is of the utmost importance. Unlike domesticated species, wild animals do not have years’ worth of selective breeding and human interaction. Instead, they have their natural-born instincts which cause flight, fight, and predatory behaviors to be easily and naturally directed toward humans.

Public experience and education involving exotic and otherwise wild animals are positive for both visitors and animals. It inspires young minds to work in the fields of ecology, biology, and animal husbandry while showcasing the need to preserve our natural resources.

There is no replacement for real-life, in-person experiences with these animals. Zoos, aquariums, and preserves provide the optimal venue to do this. They prioritize good management practices that uphold animal welfare and they also allow a safe environment for the public to experience wildlife in person instead of only via video and photographs.

Most zoos and aquariums have breeding and rehabilitation programs to help preserve species in a way that would not happen in their natural environment.

As an organization which supports both animal ownership and animal welfare, we believe Indiana House Bill 1248 is a positive step to protect animal owners, wild animals, and the public.

Links for Information About Zoos and Preserves