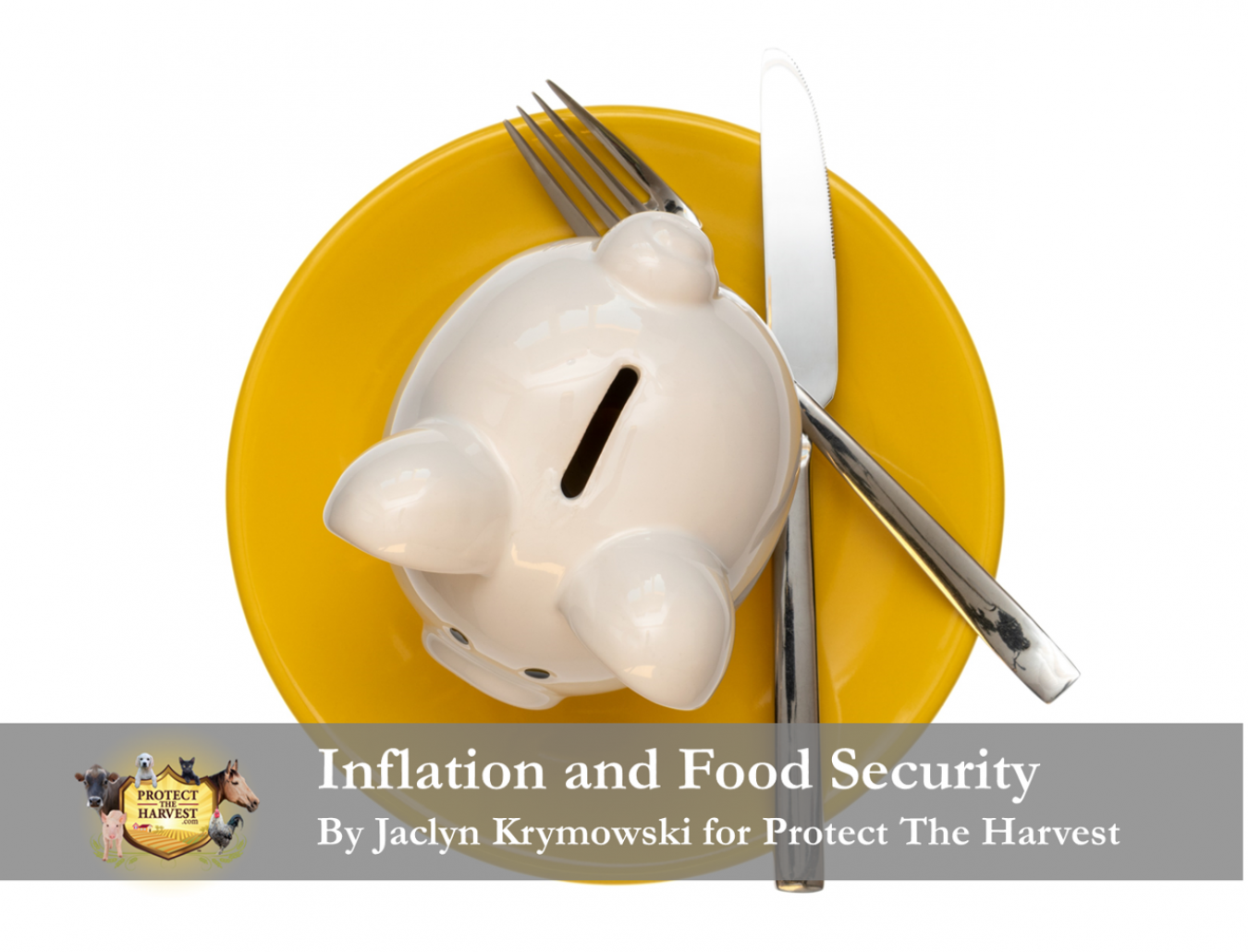 Food products are dependent on a variety of inputs to get them from farm to table. Food prices are very reactive to inflation and non-economic supply chain disruptions. When necessary resources such as fertilizer, transportation, energy, and fuel are limited or expensive, the cost of food production will go up.

Consumers find the rising cost of production directly reflected in the retail prices they encounter each time they walk into a grocery store.

Food security is a concept that is often misunderstood. At its core, food security is a state where an entire population has equitable access to a sufficient amount of safe and nutritious food. Households that are food insecure may not consume enough calories and nutrients on a daily or weekly basis. They also may be forced to compromise on healthy food choices in favor of cheap, less nutrient-dense options due to both cost and availability.

A report from Arlington County, Virginia, showed that when households faced financial challenges in covering expenses, the food budget is frequently the first thing impacted. The food budget is impacted so other basic essentials like rent and utilities can be covered.

Food Insecurity is Continuing to Spike

During the height of the shutdowns, the U.S. Department of Agriculture reported fourteen million households qualified as being food insecure in 2020. While rising costs of production certainly played a role in the increasing numbers of food insecure families, so did supply chain disruptions. Disruptions impacted meat processing, crop harvests were delayed, and fewer truckloads were on the road causing limited or lack of stock in stores.

In addition to inflation and supply chain issues, many people have suffered financially due to losing work or having their hours significantly reduced. While aftershock from the shutdown of the economy is certainly a contributor, another significant element Americans are now dealing with is inflation.

Urban Institute tells us that food insecurity in June and July of 2022 has returned to the same levels as the months of March and April of 2020. This occurred after 2021 showed a sharp rebound in food-secure households. The report also showed that among adults with jobs, over 17% said they experienced food insecurity compared to only over 16% in 2020.

Highly perishable and nutrient-dense products (meats, fresh produce, and dairy) are among the most impacted by inflation. Families who were once able to afford many of these products may suddenly find them surpassing their budget.

Safety Nets are Not Enough

As more families struggle to afford their go-to products, many look for resources such as the Supplemental Nutrition Assistance Program (SNAP), social security, and local food banks. Unfortunately, these safety nets are not enough, especially with more individuals relying on them at any given time. The current resources provided to such programs (also subject to the restraints of inflation) are simply not enough to meet the rising costs of food and the assistance demand.

Even those who have managed with programs like SNAP are finding that their coverage is no longer sufficient to get through a given period. This has led to a rise in demand for food banks.

Feeding America, the nation’s largest food bank network, reported that 65% of their organizations noticed an increase in the number of people served from May to June of 2022.

The ugly face of inflation also has another side: charitable donations for food banks are notably down. Feeding America reported that their physical food items are down, receiving a total of 1.14 billion pounds in the first three quarters of this year compared to last year’s 2.46 billion pounds coming in from federal commodities programs.

Other food charities are reporting similar trends from coast to coast.

Food of course is not the only thing that has been impacted by inflation. Families across the country are struggling with being able to afford all sorts of essentials including gas, utilities, and even various consumable products ranging from housewares to childcare items.

All these competing expenses eat into the budget for food. At the same time, paychecks have remained the same for most Americans and do not reflect the increased cost of living. The result is a new swath of households now feeling the grip of food insecurity even if they could comfortably stay in the black only a year ago.

Are There Any Solutions on the Horizon?

Food security is not only a domestic issue. With the ongoing conflict in Ukraine and non-related trade issues, the total international food price index, which keeps track of globally traded commodities, reached its highest point since 1990.

Like here in the U.S., the price surge is due to increased input costs of things like fuel, fertilizer, and energy and their limited availability.

Senator Chuck Grassley of Iowa believes that part of lowering prices involves maintaining a cash market for livestock producers (namely cattle) and an increase in competition. One of the ways this can be done is via his non-partisan Cattle Price Discovery and Transparency Act, which made it through the Senate Agriculture Committee.

There has also been an appeal to the current administration to relax the strenuous import duties on fertilizer coming from Morocco, Trinidad, and Tobago. Allowing more fertilizer into the country at a steady rate may help reduce prices for farmers and increase yield rates.

Economic and Political Health is Reflected in Food Security

Food is a building block for life and civilization as we know it. Food tends to be much more easily accessible across all income brackets when economies are healthy. Likewise, when food is secure, society tends to flourish as people perform better, have superior health, and have less financial strain. When times are tough as illustrated by the current U.S. inflation rate, food security is among the first building blocks of society to decline.

In fact, you could fairly say that both economic and political health is reflected in the state of a nation’s food security.

During these times, it is more important than ever to keep aware of how political action and subsequent inflation are impacting food production.

Efforts from accredited agriculture and food industry organizations and non-profits that seek to contribute to lowering food costs and opening greater opportunities for security should be supported.

We all have a role to play in protecting our food security in America.

We must stay informed and inform others. We must get involved in our local communities and ensure that America can overcome these hardships.

Be sure to keep following Protect The Harvest for the latest updates on this front.