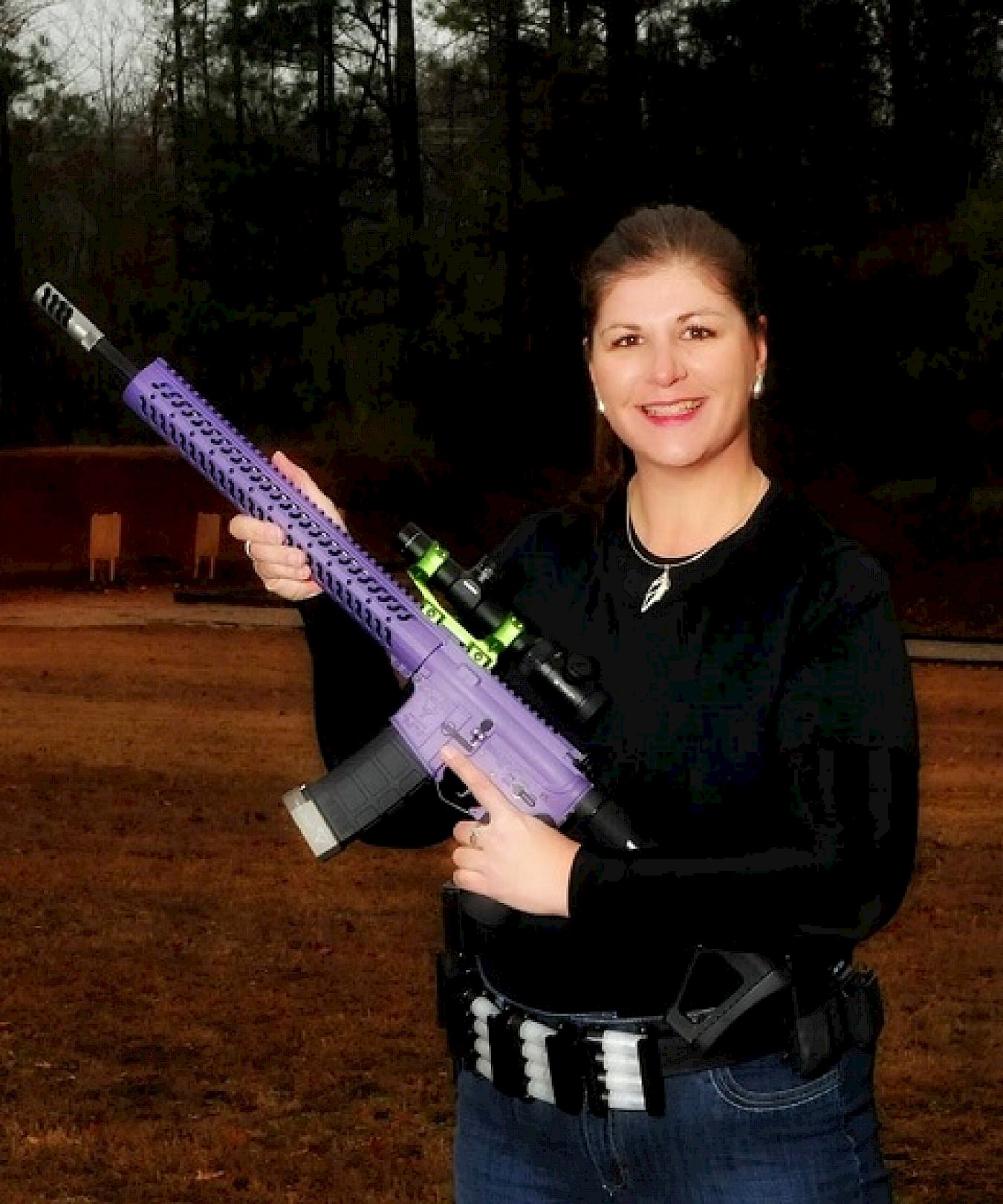 Protect The Harvest partner Lucas Oil is a big supporter of shooting sports. In fact, they have a line of gun oil products that have received resounding endorsements from gun enthusiasts. Out of this commitment to the shooting industry came the development of the Lucas Oil Shooting Team, which participates in highly competitive shooting matches.

One of the members of the Lucas Oil Shooting Team, Lisa Marie Judy, recently discussed her background in the industry. Lisa is a skilled competitor who is also a huge proponent of the rise of female participation in these events. In 2014, Lisa and her team started the Lady 3-Gun Pro-Am Challenge, in which over 200 women came from all over North America to not only compete, but also receive training from experienced professionals. Their ultimate goal is to expand the sport for women across the country by providing training opportunities and sharing events for women to start or improve in the shooting sports.

Although Lisa Marie Judy says that the event may not happen this year, she hopes that she can continue to find ways to build excitement for shooting, especially among the female demographic.

How did you get your start in shooting? Who were some of your mentors or inspirations when you began?

I was married to a man who was a big gun enthusiast and a law enforcement officer. He introduced me into shooting and I started instructing which I love doing – teaching women how to shoot. I love taking fear and turning it into an addiction. The look on a person’s face when they conquer something they’re afraid of is so rewarding to me. Through that, I became a better shooter as well, so I started getting into competitions because I wanted to push myself.

As far as my inspirations go, the woman I look up to the most in the shooting industry is Kay Miculek. We actually sponsor her now. If you had ever told me that one day that not only would I have the opportunity to meet, but also sponsor her, I wouldn’t have believed it.

Why do you love shooting sports? Does it relax you, or do you find that it's an adrenaline rush?

A day of shooting on the range is therapeutic, but when it comes to competition, that’s the adrenaline rush. I love the camaraderie and the big family that we are. Everybody encourages each other, everybody helps each other.

What are your thoughts on the rising level of female participation in shooting, hunting, and other traditionally-male-dominated activities?

I tell people all the time that women are the future. If we don’t get the next generation of shooters involved, they won’t have a passion for the second amendment. They have to go out and do it - practicing can only get you so far - but the encouragement you get from actively participating and competing is the ultimate goal. The feeling of competition helps build a love for it.

hat advice would you give to women who are considering an active participation in shooting?

Somebody who is interested in becoming a competitive shooter – never believe that you have to spend all your time practicing at the range. You’ll never know how good you are until you actually get into competitions and shoot a match. You’ll learn new techniques and improvements – the little things you can’t teach yourself until you see for yourself.

How did you become involved with Lucas Oil, and what is your opinion of the organization?

I was introduced in October of 2014 through a friend in the industry. We had a good conversation about the product and I ended up trying it. I have to believe in a product to become involved with a company. I tried the entire product line and it was amazing! I was so impressed with the gun cleaning supplies. So I agreed to become the first Lucas Oil-sponsored shooter. Now I find new shooters to join on and become sponsored for the team.

Prev Article
The IARC's Red Meat Scare
Next Article
The Dog Lover: The Wrong Side of Right to be Featured in Beverly Hills Film Festival