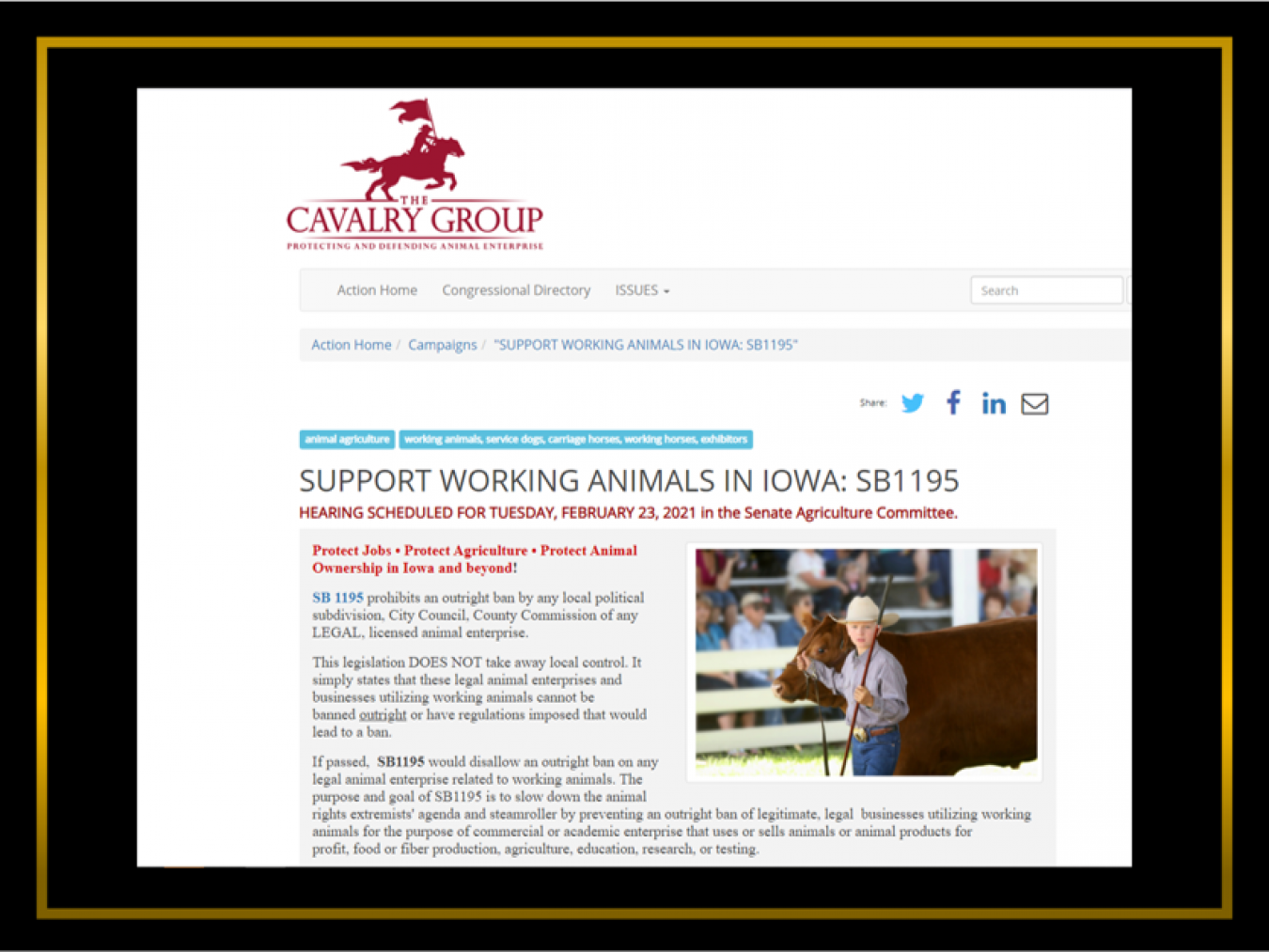 Our friends at The Cavalry Group are working on Legislation in Iowa that will protect animal ownership, animal enterprise, animal agriculture and jobs. They are asking for nationwide support as this is a proactive step and will help to set a precedent for other states.

Information about Iowa SB 1195 from The Cavalry Group:

HEARING SCHEDULED FOR TUESDAY, FEBRUARY 23, 2021 in the Senate Agriculture Committee.

This legislation DOES NOT take away local control. It simply states that these legal animal enterprises and businesses utilizing working animals cannot be banned outright or have regulations imposed that would lead to a ban.
If passed, SB1195 would disallow an outright ban on any legal animal enterprise related to working animals. The purpose and goal of SB1195 is to slow down the animal rights extremists' agenda and steamroller by preventing an outright ban of legitimate, legal businesses utilizing working animals for the purpose of commercial or academic enterprise that uses or sells animals or animal products for profit, food or fiber production, agriculture, education, research, or testing.
In the past several years, there has been an onslaught of local municipal ordinances banning exotic animal exhibits, elephants, the circus, and carriage businesses in over 55 municipalities across the nation. 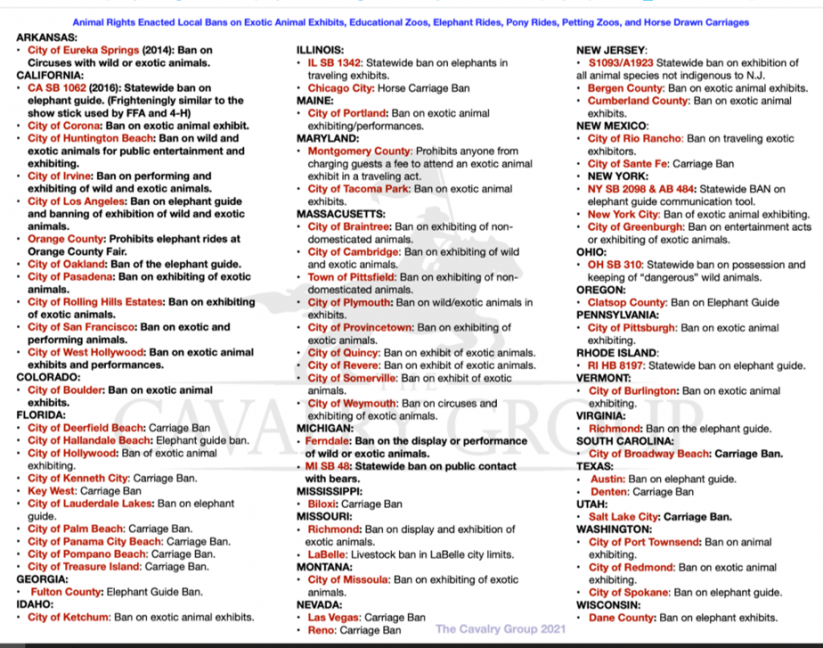 These local bans destroy animal ownership, job opportunities, and revenue that farmers, ranchers, animal exhibitors, carriage companies, and others bring to the state of Iowa. They also deny families access to animal exhibits or opportunities to view or interact with animals just because it may not align with a certain group's ideology.

If you support working animal legislation we encourage you to click the link below and send your letters to SUPPORT for SB1195 to protect Agriculture, Jobs, Traditions, and Animal Ownership.