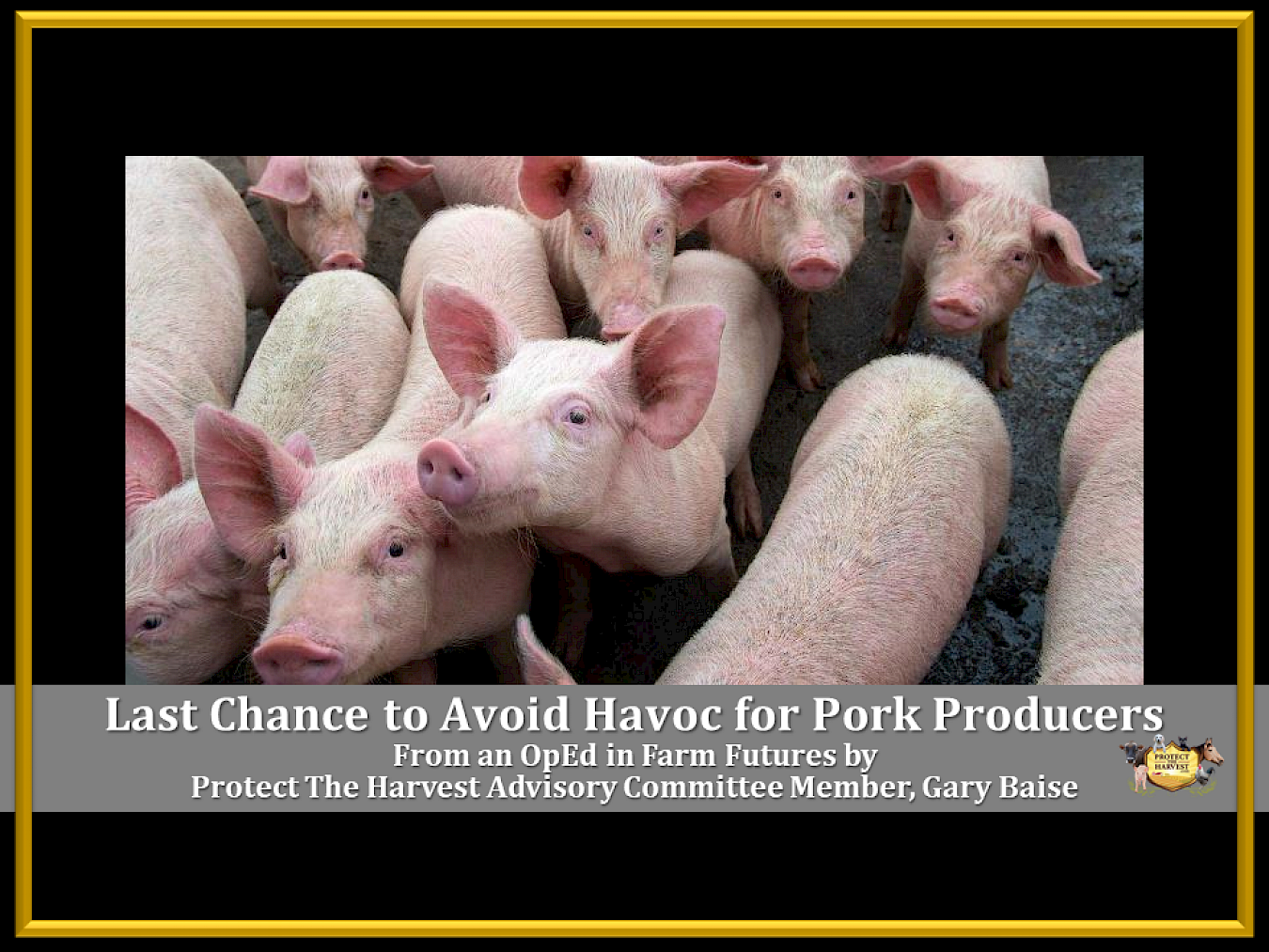 The pork industry is getting its last shot at California’s Proposition 12, the arbitrary animal welfare law that in effect forces pork producers across the country to invest millions in new housing in order to sell pork into this 40 million consumer market. Californians account for 13% of the nation’s pork consumption yet import 99.87% of the pork its citizens consume.

The National Pork Producers Council and the American Farm Bureau Federation have filed a Writ of Certiorari in the United States Supreme Court. California’s Proposition 12 bans the sale of pork products in California unless the sow is housed the way California wants it to be housed. The California hog industry does not exist, for all practical purposes, so the state depends almost exclusively on pork from other states. But the pork producers in other states are not investing the millions it would take to satisfy California’s arbitrary rules, which its voters agreed to in 2018. So, come Jan. 1, 2022, you will in effect see two inefficient supply chains set up to feed California’s pork needs, as California citizens, including its poorest, will pay possibly double for the popular animal protein.

The massive costs of complying with Proposition 12 fall almost exclusively on out-of-state farmers. Even the judges on the 9th Circuit Court of Appeals admit that California’s Proposition 12 falls mostly on the rest of the country. It has brushed aside the farmers’ argument involving a U.S. Constitution Commerce Clause violation. The very reason for the Commerce Clause arose because of trade issues during our own Constitutional Convention. One cannot say that California’s Proposition 12 does not violate our federalist scheme.

Of course, most of the law clerks on the U.S. Supreme Court have never set foot on a farm and therefore do not see the havoc they are creating for America’s hog producers. The attorneys for the pork industry and AFBF are now focusing on meaningful balancing. These lawyers now say, “Whether allegations that a state law has dramatic economic effects largely outside of the state and requires pervasive changes to an integrated nationwide industry state a violation of the dormant Commerce Clause, or whether the extraterritoriality principle described in this Court’s is now a dead letter.”

The lawyers for agriculture are saying do we have a commerce clause or not?

There are those on the Democrat side who would say the Commerce Clause is dead and one state can dictate agricultural practices to another state; California will not allow your state’s product to be purchased by Californians.

This is a monumental case. It’s the last chance for agriculture, the United States, and maybe for the efficient production system as we now know it. It is possible the new conservative judges who believe in the U.S. Constitution will declare California’s Proposition 12 a dead letter. (I am not hopeful.)

Every court looking at this issue has said in written opinions that we in agriculture are wrong. That is why this writ may be our last chance. This may be the last year California will allow you to produce products as you choose. If the National Pork Producers and American Farm Bureau lose this case, then it will set a precedent, and California can set the standards for how we produce animals and crops.

The pork farmers in the United States produce approximately $26 billion. Farm Bureau claims it represents more than 6 million families in the agricultural business. There are statistics which show that approximately 500,000 farmers produce the vast majority of food and fiber in the United States. As to the 6 million, I assume this refers also to insurance policyholders.

Maybe we do not need a “cheap food” policy in the United States. The intervenors and defendants are certainly successful in raising food prices in California. The organizations on the other side of the farmers are a “who’s Who” of those who want to raise food prices in the U.S. Intervenors include Humane Society of the United States; Animal Legal Defense Fund; Farm Sanctuary; Compassion and World Farming USA; and Compassion Over Killing. These are the groups supporting California and its Proposition 12.

These groups, along with California, are saying unless you produce animals the way we tell you to then you cannot sell into our nation’s largest state.

Friends of mine and of this blog have written or called me and said “Good!” I think that is short-sighted, and I disagree with my friends. We should not let our fellow citizens in California be deprived of pork or bacon.

If this case is reviewed before the U.S. Supreme Court it will tell us a lot about this country and the present Constitution we live under. I do not mean to make this blog apocalyptic, but this decision is just that for agriculture!