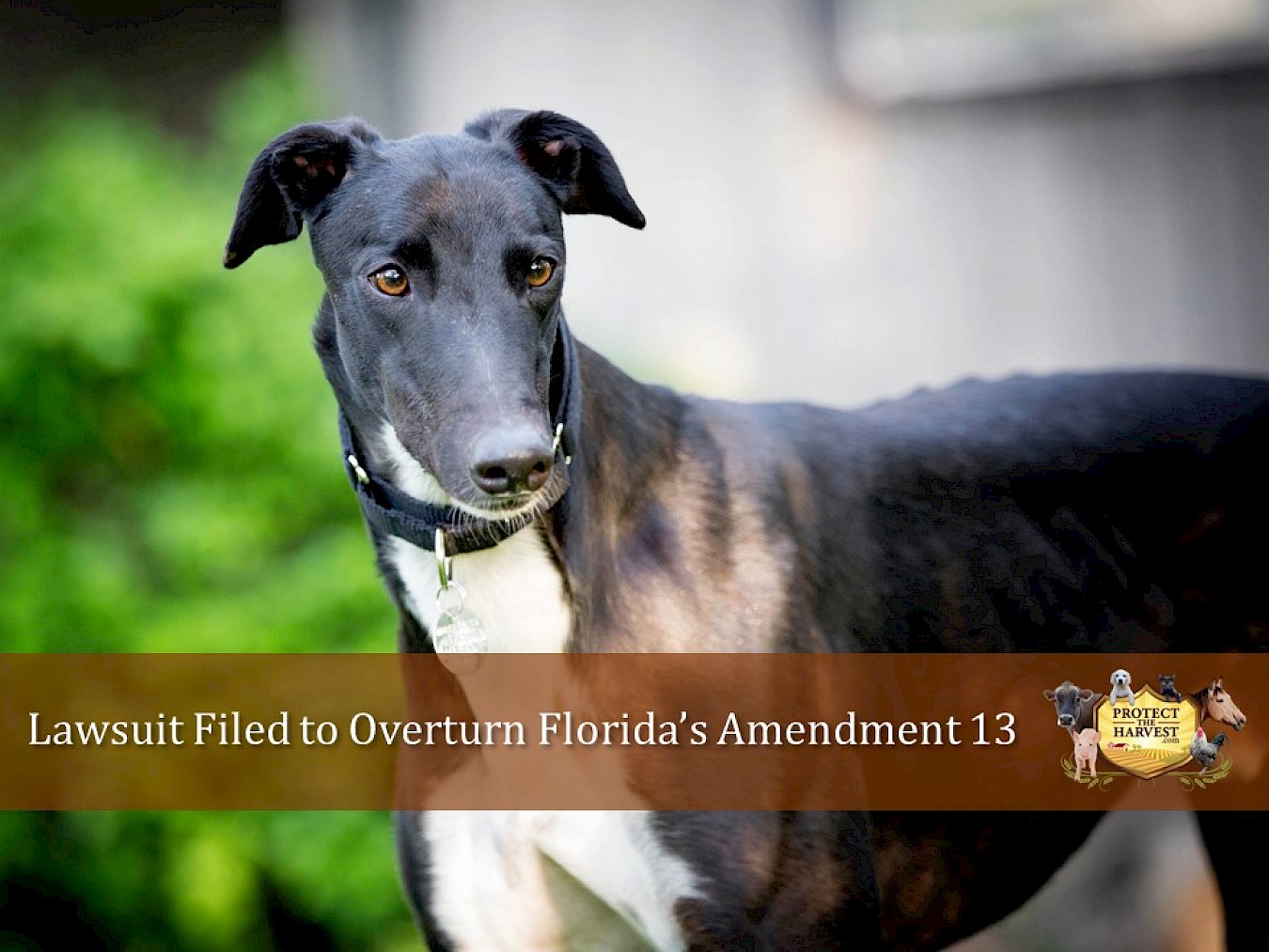 A lawsuit was filed in the United States Federal Court for the Southern District of Florida on October 4, 2019. The filing was on behalf of Support Working Animals, Inc., an all-volunteer organization passionate about the historic roles working and sporting animals play in people’s lives. The lawsuit challenges the constitutionality of Amendment 13 which was placed on the ballot in the November 6th 2018 General Election that will essentially end greyhound racing in the State of Florida.

The way the amendment was written constitutes a drastic conflict between the Florida constitution and existing laws regarding animals. The language of the amendment violates both the United States and Florida Constitutions by depriving fundamental rights without due process. The amendment has far reaching implications that need to be exposed.

Support Working Animals, Inc. works to educate the public regarding the historical and current roles working and sporting animals play in people’s lives and the purposes those animals serve. The organization works to accomplish this in many ways.
• Foster and encourage the rights of persons to own and use working or sporting animals in diverse fields such as agriculture, hunting, entertainment, sports, or as service animals and/or pets
• Encourage and cultivate a spirit of cooperation among all groups to recognize and support the importance of working and sporting animals.
• Legally defend, as necessary, the rights of persons to own, use, and breed sporting and working animals in an ethical, humane way according to the purpose that animal was bred and raised.

Protect The Harvest supports this lawsuit and believes in the mission of Support Working Animals, Inc.