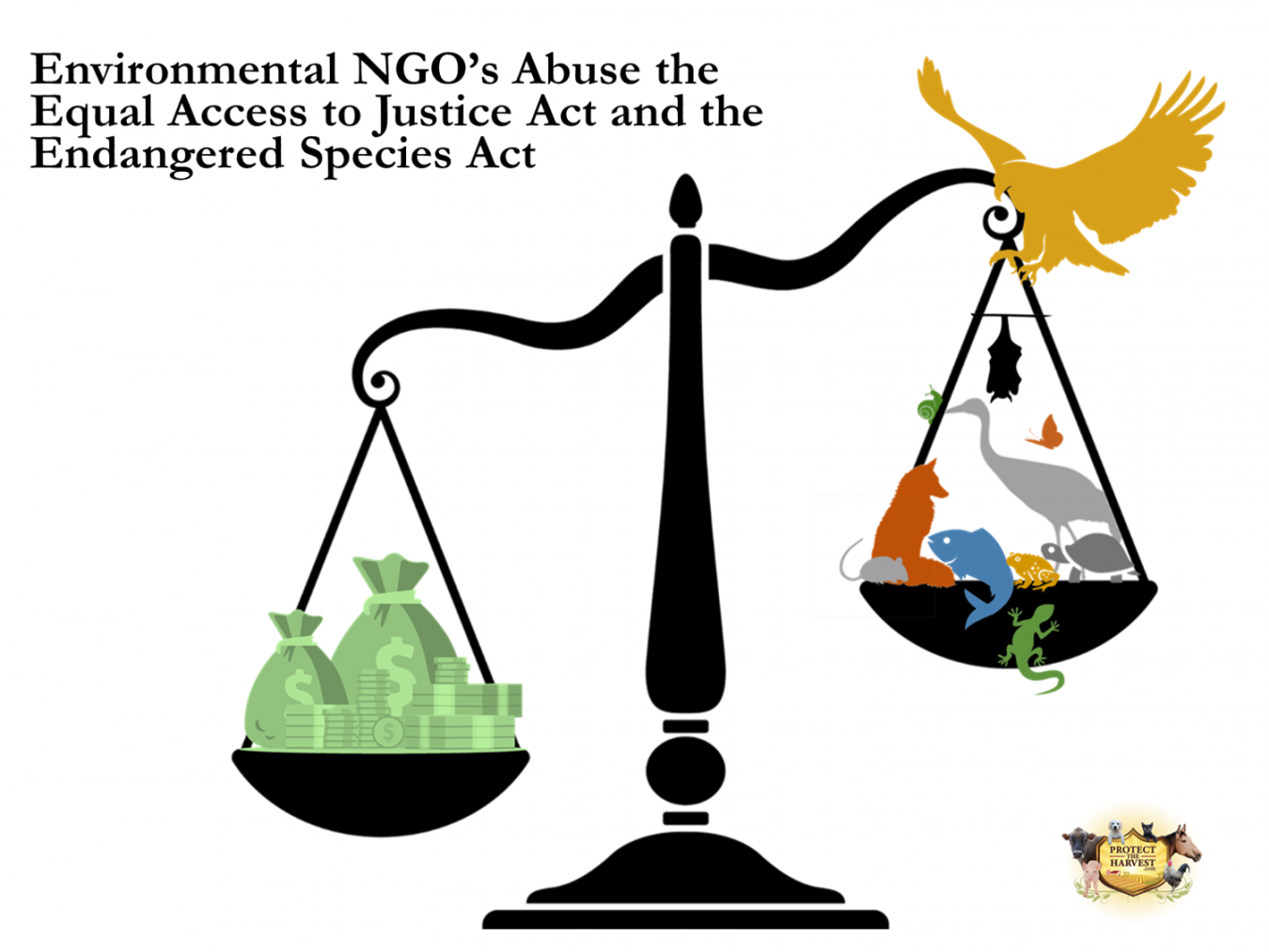 MANY ENVIRONMENTAL NGO’S DO NOTHING TO ACTUALLY PROTECT THE ENVIRONMENT

Western Watershed Project, WildEarth Guardians, and the Center for Biological Diversity as well as other similar non-governmental organizations (NGO’s) have very misleading names. They don’t actually protect the environment or “biological diversity”. Instead, via their collusion and actions, these non-governmental organizations harm American families, American taxpayers, and American businesses, as well as our valued wildlife.

Google “Sue and Settle” to Learn the Truth

The three groups we named frequently work in concert with each other in lawsuits. A quick Google search with the keywords, “Sue and Settle” produces hundreds of articles about non-governmental environmental groups abusing processes put into place to protect and support Americans. These articles also outline how the groups have made millions from filing overwhelming numbers of lawsuits. The activities of these groups bog down the governmental agencies that they target by diverting valuable staff time and budget resources towards their frequent and incessant filings and other lawsuits.

These groups are abusing the Equal Access to Justice Act (EAJA), using it to fill their coffers with government funding. Under the EAJA, the US Government is paying these groups to sue governmental agencies. A substantial portion of the WildEarth Guardian’s income comes from government grants, which is essentially taxpayer money they use to sue the government. In many cases, fees are partially or fully reimbursed to them upon winning or simply settling a case under the Equal Access to Justice Act (EAJA). This is summarized well by the website STRATA: “It seems that EAJA has created a system where groups like WEG jump much too eagerly into legal battles and are rewarded for it. These groups supposedly want to see species protected, but the results show that they are backlogging the system, and the money shows that they are getting paid to do so.”

One-third of the staff and board of WildEarth Guardians are attorneys. Therefore, they are well versed at submitting lawsuits and can churn filings and petitions out at an alarming rate. The intention of the EAJA was not to pay lawyer members of non-governmental organizations that already have millions in their bank accounts. The Department of the Interior has reported that over $800 million per year had been spent in such settlements under the previous administration. On their own website, the Center for Biological Diversity states they have filed over 147 lawsuits against the Trump administration alone, since he took office.
According to the U.S Government Accountability Office the EAJA was, “… intended to reimburse individuals and small businesses with limited resources for attorneys' fees and other expenses when they prevail in both administrative and judicial proceedings involving the federal government, when the action by the government cannot be substantially justified;”
Over the last number of years, 400 lawsuits have been filed by the WildEarth Guardians and similar non-governmental organizations (NGOs), targeting livestock grazing permits, according to a 2013 report by Karen Budd-Falen. Budd-Falen is an attorney and now serves as Deputy Solicitor for Fish, Wildlife, and Parks.

Abuse of the Endangered Species Act -

The exact cost of EAJA to taxpayers is unknown due to a lack in reporting mandates. Judgement funds are used in statutes like the Endangered Species Act, The Clean Air Act, and the Clean Water Act, thus giving these NGO’s further protection from scrutiny. Additionally, their 501(c)(3) status exempts these groups from the $7 million net-worth cap, despite having many times more than that in assets. The normal attorneys’ fee schedule set forth in EAJA puts a cap of $125 an hour, however, many environmental groups argue that specialized environmental lawyers are necessary and are often receiving a higher hourly fee (Baier, 2012, p. 34). Karen Budd-Falen found that environmental lawyers are getting reimbursed at rates as high as $750 an hour (Budd-Falen, 2013).

Wild Earth Guardians, Center for Biological Diversity and Westerns Watershed Project work as a group to purposely overwhelm government agencies with petitions and lawsuits, abusing acts like the Endangered Species Act, the Clean Air Act, & the Clean Water Act and then collecting exorbitant fees under the Equal Access to Justice Act. Due to the incredible volume of petitions, the US Fish and Wildlife Services and other agencies are unable to keep up with their demands. This then provides these groups with the basis to file lawsuits for slow compliance under regulations listed in these acts. Once non-compliance with timeframes as outlined in the Act happen, lawsuits are filed, and the organizations collect their legal fees and other settlements under the EAJA.

WildEarth Guardians, Center for Biological Diversity and Western Watersheds Project are openly colluding to overwhelm the federal government as evidenced with their petitions and lawsuits. The fact that they have filed thousands of petitions and hundreds of lawsuits shows that these activities to take advantage of both the Endangered Species Act, etc., and the Equal Access to Justice Act are not a one-time occurrence and have been very lucrative for the organizations.
This collusive and repetitive behavior has been going on for decades.

We believe these activities clearly qualify for a Racketeer Influenced and Corrupt Organization investigation by the Department of Justice.