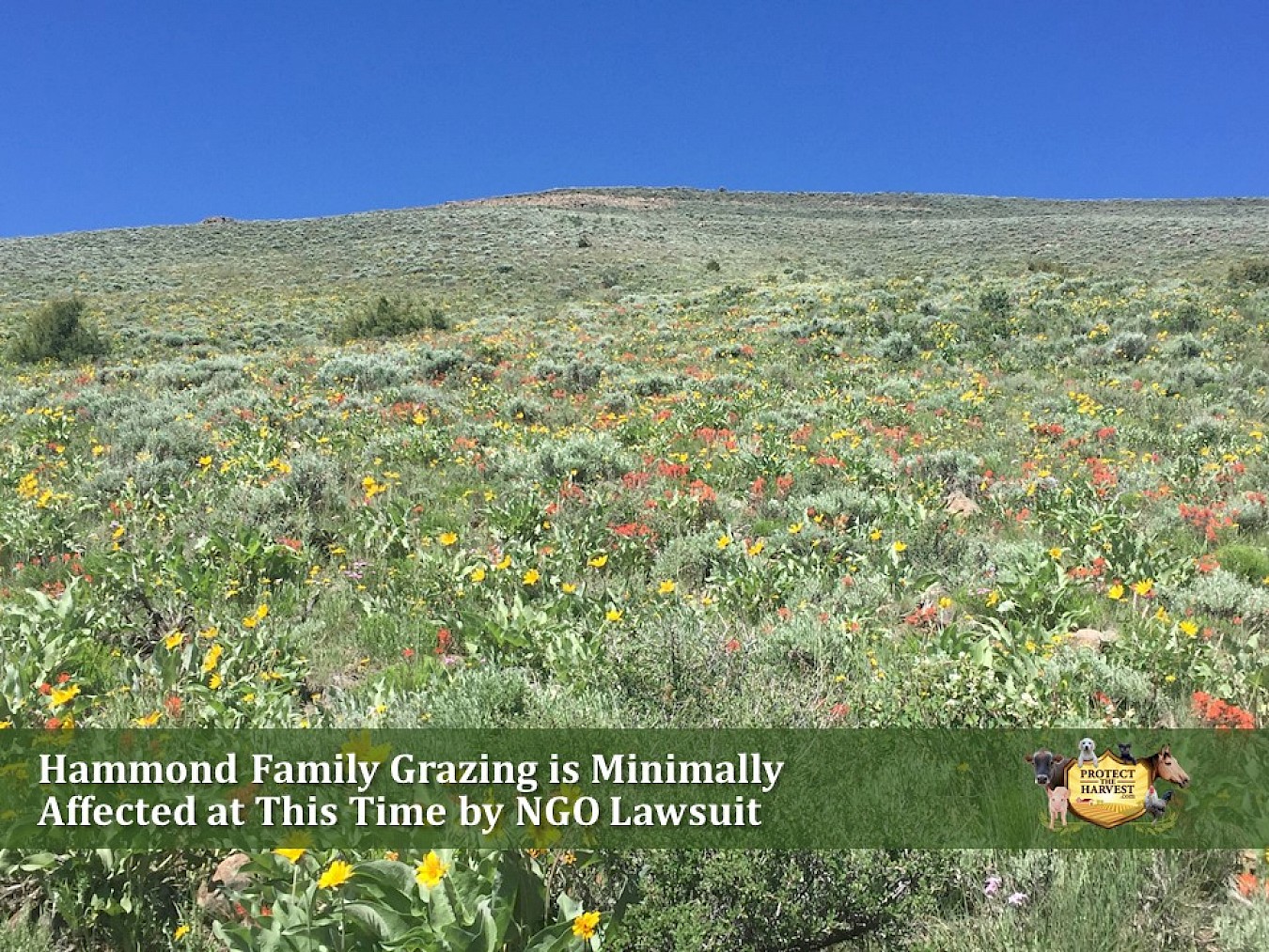 On May 13, 2019, Western Watersheds Project, Center for Biological Diversity, and WildEarth Guardians filed a lawsuit in the Federal Court in Oregon challenging the Grazing Permit issued to Hammond family based upon a decision issued by Secretary Zinke to renew their permit.

The Secretary’s decision was founded upon the change in circumstances that occur, particularly with the pardons given to Dwight and Steven Hammond by President Trump on July 10, 2018. The Grazing Permit permitted Hammonds to graze livestock upon four different allotments located just east of Frenchglen, Oregon. The lawsuit also sought to completely prevent grazing on the allotments.

On July 16th, 2019, U.S. District Judge Michael H. Simon issued an order granting the granted a partial preliminary injunction filed by the three groups seeking to prevent grazing on the allotments, pending review of the merits of the lawsuit. in the lawsuit filed against the government by Western Watersheds Project (WWP), Center for Biological Diversity (CBD), and WildEarth Guardians (WEG). The three groups had sought the preliminary injunction to completely prevent grazing on any of the Hammonds’ four allotments while the lawsuit is being settled. However, the current ruling only affects two of those four allotments, however.According to the ruling, no grazing would be allowed on the Mud Creek allotment, but it would likely not have been utilized at this point, anyway, since the permitted established period of use is normally May 16 through June 30. In addition, the ruling also limits utilization (amount of grass eaten by cattle) to 30% instead of the normal 50% allowed on the Hardie Summer allotment, and rests 1 of the 5 pastures in the allotment. The judge stipulated that utilization of the Hardie Summer allotment must be monitored monthly.

The remainder of the ruling There will be would not no change the required in permitted livestock numbers, Animal Unit Months, or period of use in the Hardie Summer, Hammond FFR, and Hammond Allotment. The number of animals permitted for turn out or the length of time they are allowed to be there. The judge stipulated that utilization of the Hardie Summer allotment must be monitored monthly.

The two allotments known as the Hammond and the Hammond FFR (fenced federal range) are “not impaired or changed by the ruling,” according to Alan Schroeder, attorney for the Hammonds.

Other 2019 Hammond articles and updates.

Learn more about the NGO's involved in this case.