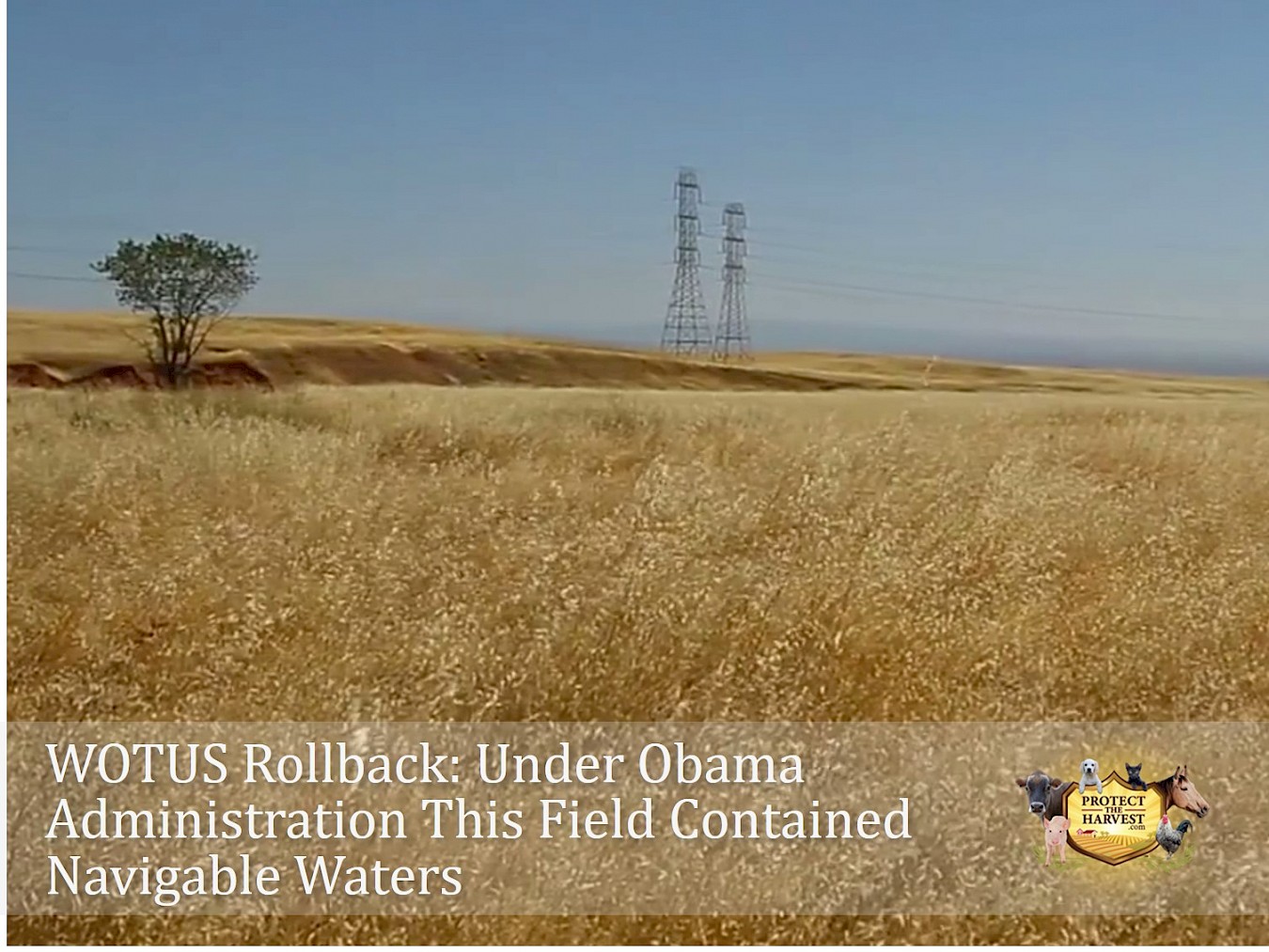 Waters of the United States (WOTUS) was an Obama Administration ruling implemented by the U.S. Environmental Protection Agency (EPA). In June 2015, it expanded the classification of navigable waters under the Clean Water Act. The ruling threatened farmers and ranchers and the ability to farm their land with its confusing language and over-reach.

Plain and simple, the expanded classification of navigable waters grants the government over reaching control over water, such as farm ditches, ephemeral drainages, isolated wetlands found on farms and ranches, agricultural ponds, groundwater, and prior converted cropland. It even classified vernal pools as navigable waters. Vernal pools are low spots in fields that temporarily hold water after rainfall.

Currently, only 22 states have implemented the ruling. Many states immediately challenged the ruling, stating it violated the Administrative Procedure Act (APA), the Clean Water Act, and the U.S. Constitution. These states claim that the change in the ruling doesn’t provide enough clarity as to the definition of “navigable waters.”

Early in December 2018, a rollback of the Obama-era rule was proposed by the Trump Administration. The EPA and Army Corps of Engineers announced revisions, which are welcomed by the agricultural industry.

“Our proposal would replace the Obama EPA’s 2015 definition with one that respects the limits of the Clean Water Act and provides states and landowners the certainty they need to manage their natural resources and grow local economies,” said EPA Acting Administrator Andrew Wheeler. “For the first time, we are clearly defining the difference between federally protected waterways and state protected waterways. Our simpler and clearer definition would help landowners understand whether a project on their property will require a federal permit or not, without spending thousands of dollars on engineering and legal professionals.”

Farmers and Ranchers Care About Land

This change by the Trump Administration is great news for farmers and ranchers. The clarification of what “navigable waters” are will keep over-reaching regulation from harming private lands, while still providing protection for the appropriate water sources.

The truth is, farmers and ranchers are stewards of the land they manage. This also includes other valuables, such as water. It takes a healthy environment to grow crops and livestock, and ensuring that water is protected is a major concern of producers.

Step Two in the Process to Revise

Repealing the ruling was the first major step towards changing the definition of “navigable waters.” Now, the EPA and the Army Corps of Engineers will be taking public comment for 60 days, following the publication of the revision in the Federal Register, as the next step.

According to the EPA website, “Once the public comment period opens, the public is encouraged to submit written comments, identified by Docket ID No. EPA-HQ-OW-2018-0149, to the Federal eRulemaking Portal: https://www.regulations.gov. General guidance on making effective comments is available at EPA’s Commenting on EPA Dockets.”

It is important to make your thoughts known to these agencies, in order to ensure our livelihoods are protected in the correct way. People who don’t manage farms or grow our food shouldn’t be allowed to create burdensome regulation that doesn’t add any extra protection but hurts them instead.