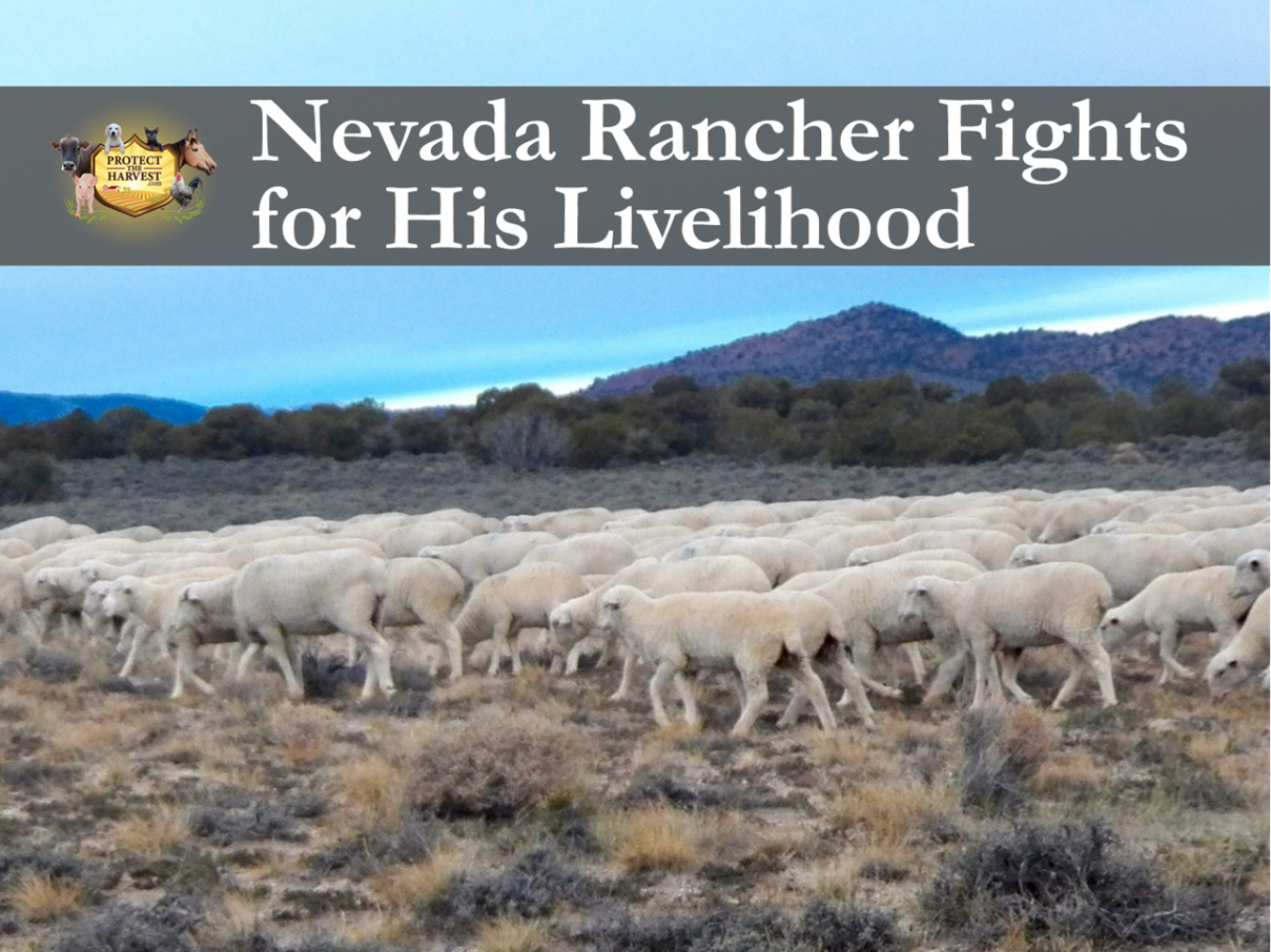 NEVADA RANCHER FIGHTS FOR HIS LIVELIHOOD

Hank Vogler has deep roots in western ranching and is well-versed in the unique challenges it involves. Over the years, he has been a tireless patriot and an informed, outspoken, and articulate advocate for ranchers. His insightful and provocative writings have appeared in numerous publications. C.J. Hadley, editor and publisher of Range Magazine has referred to him as a “brilliant and entertaining communicator.” Vogler has also been an engaged and dedicated member of his community, serving on various boards and committees at the state and local levels. It follows, then, that Vogler is no stranger to controversy.

Growing up, he spent as much time as he could on his grandfather’s ranch, working as part of the cowboy and haying crews. That ranch sold when Vogler was 15, and he then set his sights on earning an agriculture degree and running his own operation. He graduated from the University of Nevada Reno in 1971, and went straight to ranching in Harney County, Oregon.
A winter of record snow in the Steens Mountains resulted in 30- some ranches being entirely flooded out. There is speculation that much of the devastating flood damage could have been prevented if not for government negligence, and still further speculation that the overwhelming losses were actually allowed to happen to facilitate the expansion of the Malheur wildlife refuge. With no way for his ranch to recover, Vogler headed to Nevada.

Following the loss of his Oregon ranch, it may have been Vogler’s astute criticisms of the bureaucracy that first put him in the proverbial crosshairs for attacks, and he has stayed there due to his continued, well-informed involvement in contentious western ranching issues. As a result, he has been forced to fight at great cost to keep his land and his livelihood.

In a recent interview, Vogler quipped, “We’re not nearly as dumb as the government wants us to be.”
During his time in Oregon, he established many life-long friendships, including one with the Hammond family. Vogler testified for the Hammonds in court, which almost certainly stoked the fires of resentment towards him within the involved agencies.

Whisky is for Drinking; Water is For Fighting

An old saying, often attributed to Mark Twain, goes: “Whisky is for drinking; water is for fighting.” In Nevada, the driest state in the nation, water issues can be especially volatile. It was in 1989 that the Southern Nevada Water Authority (SNWA) first proposed that a 300-mile pipeline be built from rural eastern Nevada to Las Vegas, which has historically relied on water from the Colorado River. Said pipeline would cost taxpayers $15 billion, and siphon billions of gallons from four rural valleys in White Pine and Lincoln counties. One of the valleys targeted was Spring Valley.

An Offer You Can’t Refuse

In order to facilitate this, the SNWA started buying up ranches to obtain the appurtenant water rights, using taxpayer money to pay dramatically inflated prices for the properties. According to Vogler, SNWA paid around $60 million total for a collection of ranches that were realistically worth around $10 million altogether. That kind of money was hard for many to refuse, and impossible for most other ranchers to compete with. The SNWA eventually accumulated 92 various-sized parcels in White Pine County, totaling thousands of acres and including an abundance of water rights.

However, the pipeline concept was met with fierce opposition from the get-go. A large and diverse group of stakeholders—including Vogler--came together to form the Great Basin Water Network. Finally, after 30-some years of court battles, SNWA’s pipeline plan was officially terminated in federal court in early 2020. Nevertheless, the SNWA has held onto its properties in White Pine County, and even despite the pipeline being shot down in federal court, still has pending water rights applications as well as an application for the pipeline’s right of way with the Bureau of Land Management.

One of the water rights that SNWA has filed for is within a BLM grazing allotment that Vogler has utilized since about 1990, and has owned since 2004. Originally, Vogler had a casual business partnership with Reid Robison, who owned the Spring Valley Ranch base property and attached grazing rights. One of the grazing units consists of three allotments, or pastures, with a total of 8172 AUMs that include both cattle and sheep. (AUM stands for animal unit month, which is the amount of on-range feed it takes to sustain one 1000-pound cow and her calf, or the equivalent, which is five sheep). Vogler leased and utilized the pastures with terrain and vegetation more suitable for sheep, while Robison utilized those more appropriate for cattle.

Vidler Water eventually obtained the ranch, but Vogler continued the management and utilization of the sheep allotments. In 2002, an agreement was penned that a three-year monitoring study would take place in order to officially determine the number of sheep AUMs versus cattle AUMs.

Vogler purchased the sheep allotments in 2004, even though the study had not been completed. Attached to his deed of trust was an exhibit stating that any adjustments to the total number of sheep would be in Vogler’s favor. Vogler was assured repeatedly that the study would be done but even as of March 2022, the study has not been completed. Vogler’s inquiries about the status of the study have been repeatedly stonewalled.
In 2006, the Spring Valley Ranch was purchased by the SNWA for $22 million. With that purchase came a number of other grazing allotments, but of course not those previously sold to Vogler by Vidler water in 2004. Regardless, the SNWA filed for stockwater rights on one of Vogler’s allotments.

The Nevada Division of Water Resources website states:
“Nevada's first water statute was enacted in 1866 and has been amended many times since then. Today, the law serves the people of Nevada by managing the state's valuable water resources in a fair and equitable manner. Nevada water law has the flexibility to accommodate new and growing uses of water in Nevada while protecting those who have used the water in the past.
Nevada water law is based on two fundamental concepts: prior appropriation and beneficial use. Prior appropriation (also known as "first in time, first in right") allows for the orderly use of the state's water resources by granting priority to senior water rights. This concept ensures the senior uses are protected, even as new uses for water are allocated.
All water may be appropriated for beneficial use as provided in Chapters 533 and 534 of the Nevada Revised Statutes (referred hereafter as NRS). Irrigation, mining, recreation, commercial/industrial and municipal uses are examples of beneficial uses, among others.”

Hence, even though Vogler owns the grazing rights on that allotment and had been putting the water there to beneficial use as stock water for years, and despite the fact that the pipeline project was terminated, SNWA nevertheless filed for those water rights and have repeatedly turned Vogler in for alleged “willful trespass” of his sheep, resulting in thousands of dollars in fines. Considering other events that have transpired, it certainly seems that spite is their main motivation and putting Vogler out of business is their goal.

Vogler has documented vandalism to his troughs, troughs being completely torn out, and harassment of his sheepherders by SNWA employees, and yet he says the BLM refuses to look at this issue. He has been told that no BLM employee would dare look into it, as it could be a career ender for them. Further, Vogler stated that the BLM State Director and representatives of the SNWA have monthly meetings, when, if the pipeline project is truly dead, there wouldn’t be a need. 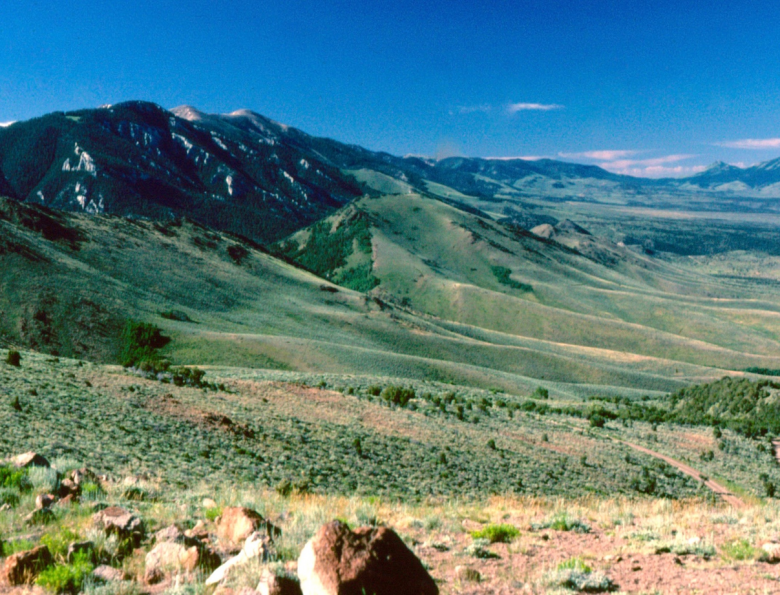 Through other issues, it had been clearly established for some time and confirmed by the solicitor general for the BLM, that no state agencies can hold BLM grazing rights since they are not qualified to run livestock, regardless of their land ownership. The USFS is also very clear in their policy that no agencies can own grazing permits. And yet somehow, SNWA has connived its way into control over federally managed grazing allotments in White Pine County. Vogler attests that this is unlawful, perjury, and abuse of power.

There are other circumstances surrounding the issue that strongly suggest that Vogler is being punished and scapegoated by the powers that be. He feels strongly that his livelihood is under attack because he has exposed the double standards and negligence of the BLM in the region, as well as what amounts to illegal grazing by the SNWA, and the apparent cooperation between the two agencies.

For no apparent reason, the Ely BLM field manager has suspended Vogler’s right to merely herd his sheep across an allotment, known as Tippett Pass. Utilizing the route has been a normal part of Vogler’s operation for years, and is essential for the well-being of his sheep as well as the quality of the wool he’ll have to sell. One unfeasible alternative to crossing Tippett Pass would be to herd the sheep many additional miles over four mountain passes, through incredibly rough, difficult terrain with little available water. The ewes are heavily pregnant, and taking this alternative route home would be “absolutely cruelty to animals,” Vogler said.
The other equally unfeasible alternative would be to haul the sheep home. In addition to a substantial freight bill, the pregnant ewes would suffer undue stress, and the wool would lose thousands of dollars in value due to manure contamination from the sheep being close together in the trucks.

Vogler would normally start herding the sheep toward home by mid-March. He has been pursuing relief through the court system, filing appeals to the stay on his sheep crossing the Tippett Pass allotment. On March 9, 2022, he was informed that in order to bring his sheep home via Tippett Pass, he will have to go through an NEPA process that would take months. This is unheard of for such a long-established practice

In a column, Vogler wrote: “Who will be the next Cliven Bundy or Dwight and Steve Hammond? Or, for that matter, Wayne Hage? It appears that bureaucrats fear the people who live on the far side of nowhere worse than the anarchists. Could it be the independence and self-reliance of rural people that offends the government more than mob rule in the streets? Or is it that rural people seem to have calm, fulfilling lives? Or is the issue just that there are so few people left feeding the masses that rural folks have become easy targets?”

So, who is next? Will it be me for asking too many questions? Will it be you, not unlike the Hammonds, who could have turned over their private land on Steen’s Mountain to the government and never spent a day in jail? Will the government decide that a new federal monument needs a 700,000-acre “view shed,” wiping out multiple use? Will it be because you dare to question fires and preventing them with grazing or the Endangered Species Act wipes your family ranch off the map?”
To answer Vogler’s own question, it certainly appears that he is next, and that wiping his family ranch off the map is the underlying intent.

Hank Vogler has been a regular on Rural Route Radio (now podcasts) with Trent Loos for seventeen years.

Read one of Hank Vogler's wrtitings on the subject HERE

Read about the Hammond Family HERE