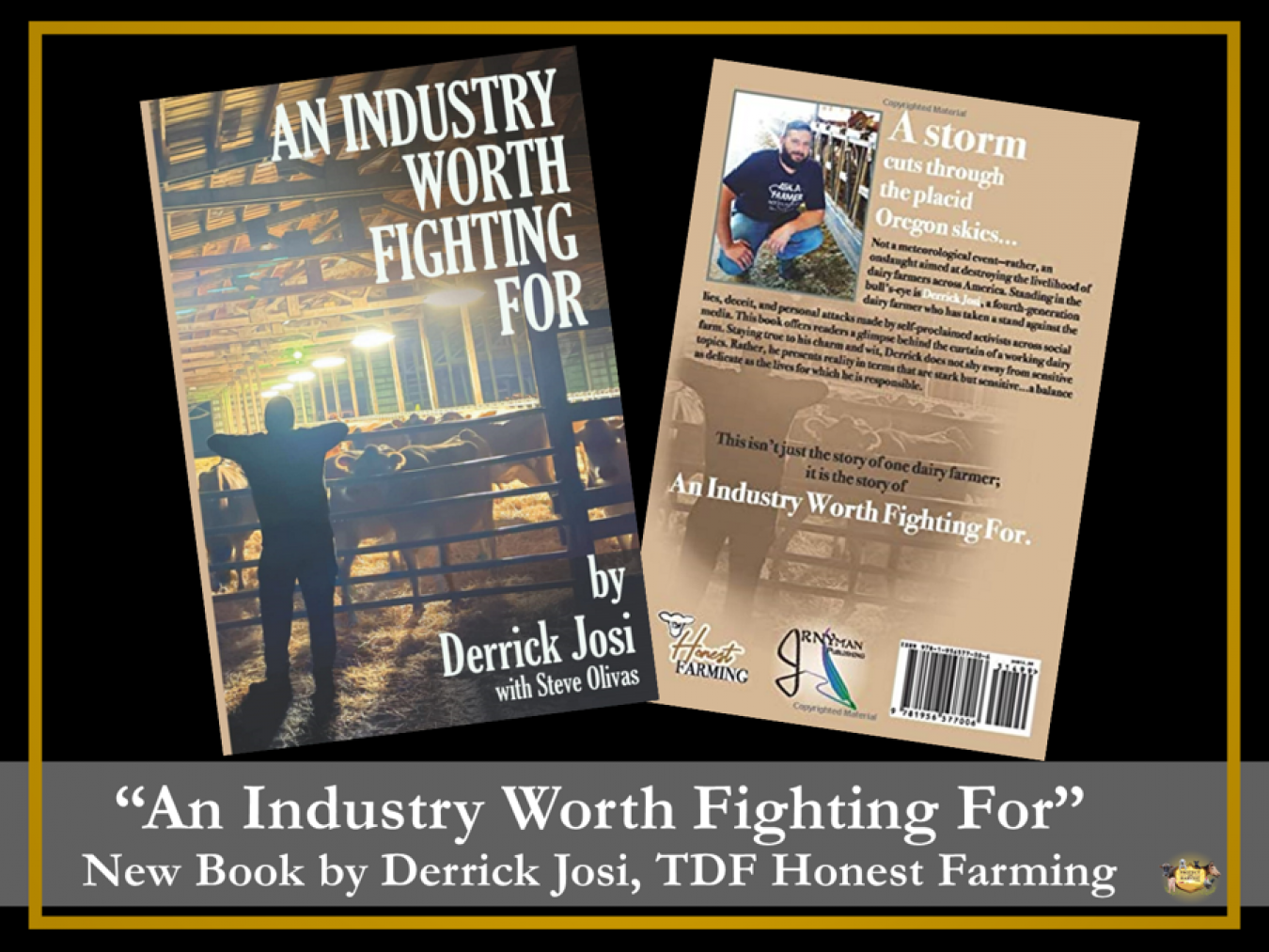 NEW BOOK RELEASE ABOUT FARMING - AN INDUSTRY WORTH FIGHTING FOR

The book is available on Amazon HERE

"Derrick Josi never anticipated his star turn as a straight-talking dairy farmer would get this big.

Since beginning his blog, “TDF Honest Farming,” in 2016, Josi, of Wilsonview Dairy in Tillamook, Ore., has amassed an large following on social media sites such as Facebook, Twitter and Instagram, where he posts videos depicting daily life on the farm.

“I consider myself an agricultural advocacy agent,” Josi said. “I don’t pretend to be the end-all for knowledge in agriculture. But I’m definitely out there fighting for our industry.”

In his just-released first book, “An Industry Worth Fighting For,” Josi tackles many of the same hot-button issues he has spent years addressing for his internet audience — like why dairies use artificial insemination, and what they do with all that manure."

“I don’t hold anything back,” Josi said. “I go into details about why we do these things. It dispels all the misinformation that’s floating around on the internet.”

The book, written with Nashville-based ghostwriter and podcaster Steve Olivas, was published and released Oct. 12 on Amazon. As of Oct. 19, it ranked as the site’s No. 1 bestseller in the “green business” category."

"Wilsonview Dairy was started in 1918 by the Josi family as a 60-acre farmstead near Tillamook on the northern Oregon coast. Today, Derrick runs the farm with his parents, Don and Desi, milking 500 Jersey cows as members of the Tillamook County Creamery Association.

Josi started TDF — short for “Tillamook Dairy Farmer” — as a way to combat what he saw as lies being spread about agriculture and dairy online, while at the same time educating consumers about their food."

“This book is for anyone who wants to learn more about dairy farming and agriculture from someone who actually farms instead of someone with an opinion who has never stepped foot on a farm,” Josi said."