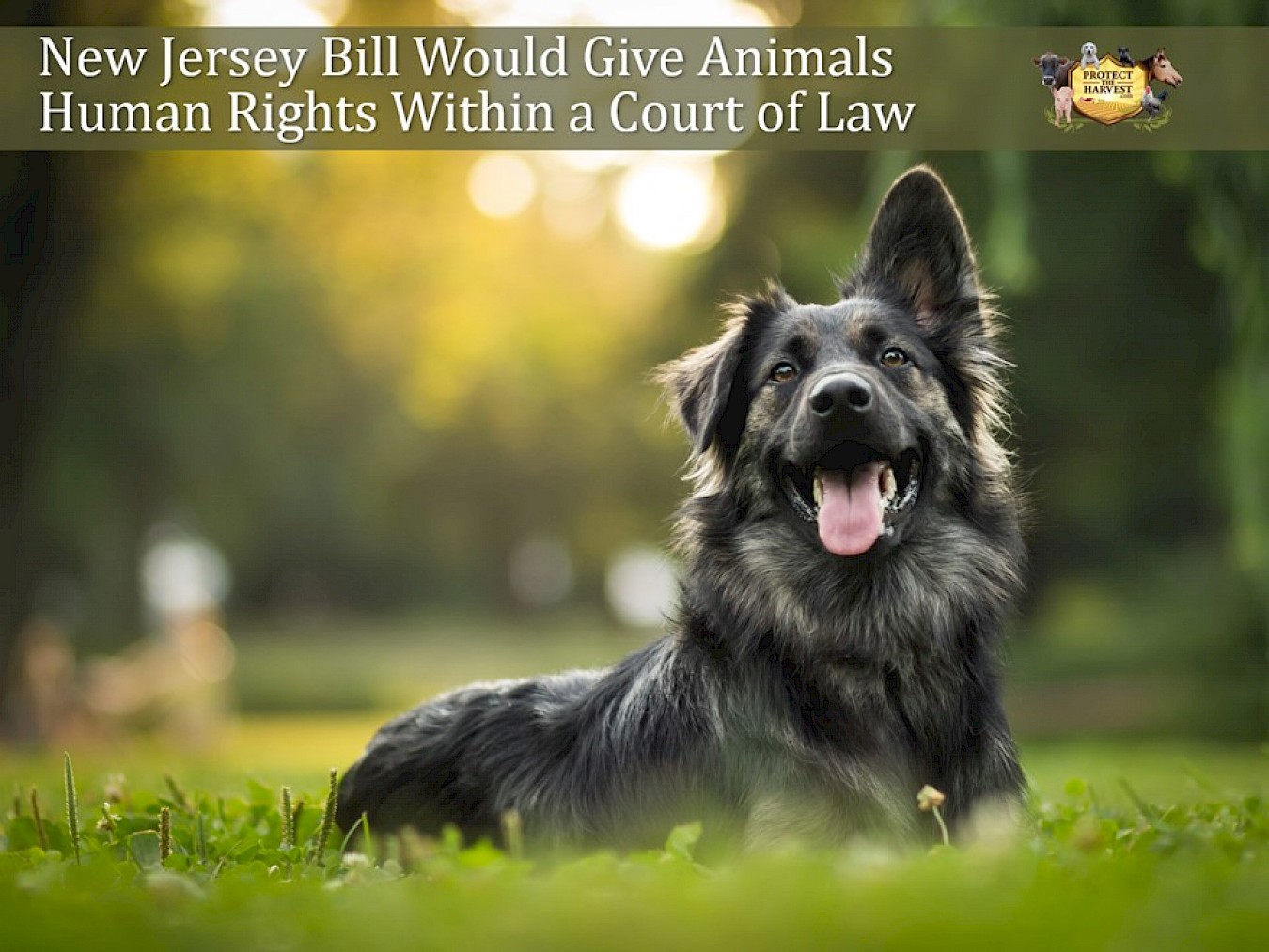 This summer, A 4533 was reintroduced in New Jersey with additional language that we believe is extremely problematic to animal ownership not only within the state but across the country. This bill would allow for animals to have a court appointed representative when involved in a cruelty case. Dr. Nancy Halpern, both a veterinarian and an attorney, explained on her blog:

“If this bill passes, the state should expect to see cases filed on behalf of animals as animal cruelty victims who are legal persons at least with respect to their rights under the animal cruelty law the argument Plaintiff and Appellant have used in Justice v. Vercher, No. A169933 (Washington Co. Cir. July 8, 2019).”

Bill Sponsors Have History with Animal Rights Legislation
This bill was sponsored by Assembly Members Raj Mukherji, Daniel R. Benson, and Annette Quijano. Assemblyman Raj Mukherji was a recipient of the "Humane Legislator of the Year" in 2015 by the Humane Society of the United States due to his track record of sponsoring animal rights legislation. Additionally, he and Daniel Benson were involved in the New Jersey bill that would have created a new license plate for New Jersey citizens which would have donated money back to the Humane Society of the United States. The fund would have been called the “Humane State License Plate Fund." Assemblyman Daniel Benson has also come up on the radar of our friends at the Sportsmen’s Alliance for sponsoring legislation that would ban hunting contests in the state. In all, it is evident that these legislators have a bias towards animal rights activism.

Dangerously Similar to the Case of “Happy the Elephant” and “Justice” the Horse
This bill is similar in nature to the petition involving “Happy the Elephant” who has lived at the Bronx Zoo since 1977. Elephants are grand and beloved creatures whose fate in the wild is often supported and assisted by zoos across the nation. In zoos, animals receive the highest quality veterinary care, nutrition, enrichment and more. Such is the case with Happy the Elephant.

In February of 2020, a Bronx County Supreme Court judge dismissed a petition filed by an animal extremist group called the Nonhuman Rights Project (link to page on website) to grant Happy the elephant habeas corpus so they could remove her from her home of over 40 years and relocate her to a facility of their choosing. The Bronx Zoo shared in a statement that Happy is in fact happy and has both “tactile and auditory” contact with neighboring elephants. This case has been ongoing since 2018, and despite this recent dismissal, the Nonhuman Rights Project is persisting. They have filed an appeal.

The Animal Legal Defense Fund (ALDF), a radical animal extremist legal group from Oregon, has made similar moves in the case of “Justice” the horse. This group appealed an Oregon judge’s dismissal of a lawsuit they filed on behalf of Justice the horse against his owner for neglect. The owner had already been charged and found guilty in criminal court. In this case, the Animal Legal Defense Fund is looking to financially compensate the horse Justice for pain and suffering. This begs the question of who, exactly, will benefit since Justice the horse cannot open a bank account or make decisions about spending money. If the ALDF is successful in its appeal, the lawsuit will establish that animals have a legal right to sue people in court. It will also create a need for a trust and an individual or organization to control the money won in a lawsuit.

This is a Line We Do Not Want to Cross
This type of legislation is extremely concerning. If animals are granted human rights, like the right to representation in court, that could open the doors to additional rights in the future. Dr. Nancy Halpern’s article states:

“If courts adopted this radical animal legal personhood theory, it could lead to personhood arguments ostensibly on behalf of hundreds of millions or perhaps even billions of other animals as potential plaintiffs, and could allow animal rights activists to flood the courts with a huge volume of lawsuits asserting to represent the new legal persons.”

It is illegal to own another human being and for good reason. If this right were to extend to animals through bills like A 4533 then we could see an end to animal ownership completely and an end to all human/animal interaction.

Animal Cruelty is Already Illegal
According to the legal information website Lawyers.com, “Cruelty to animals is illegal in New Jersey, as it is across the country. The state’s laws are relatively strong and comprehensive, covering a range of behavior from torture to leaving pets outside in bad weather.” For this reason, giving animals representation in court and “personhood” is not only unnecessary but it is an overstep that will be difficult to turn back from. Setting this precedence will have ripple effects across our nation and across all animal industries. Instead, we hope that the state will focus on prosecuting animal cruelty within its existing laws.
As always Protect The Harvest will continue to inform the public; we will keep fighting for animal welfare and fighting against animal rights extremist views.