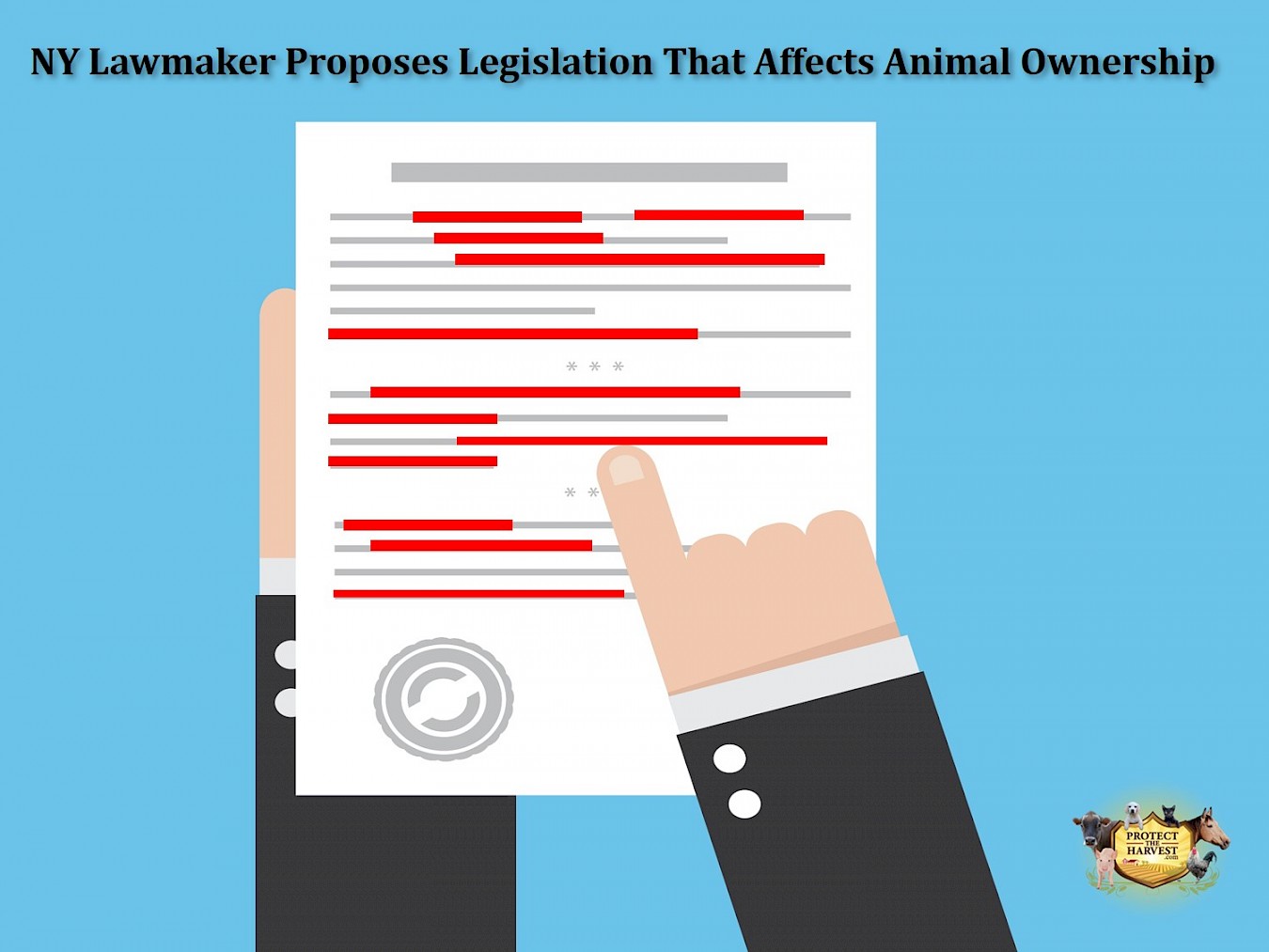 On 1/29/2019, Protect The Harvest posted an article about A830, a proposed bill in New York. The original language was very disturbing and could have changed many actions for all animal owners. That post reached 430,000 individuals, was shared over 4200 times, and had over 1200 comments. Information was also shared from many other media sources and animal interest organizations.

On 2/4/2019, while in committee, the language in the bill was changed to remove the words “or animal(s)”. This specified the target of the bill solely to dogs.

As of September 2019, this concerning bill was still in the Agriculture Committee.

While the target of the bill was improved with the February verbiage change, the language is still dangerous for responsible dog owners. People that abuse their animals are breaking current laws and already care little for the welfare of their dogs. Enforcing current laws would effectively negate the need for new laws like the proposed A830. A830 even in current form puts undo regulation on owners who care for their animal’s welfare.
It is important to remember that Linda Rosenthal, a past member of the Humane Society Legislation Fund National Humane Legislators Council, introduced this bill. Rosenthal is a confirmed animal rights ideologue. In its original form, the proposed legislation fits the animal rights agenda by making animal ownership progressively more difficult, therefore less desirable. Division of the animal owning public is a common tactic among AR groups, as is opening a door for future legislation. As we have seen by similar bills in other states, once signed into law it is much easier to add other animal groups. It is also much easier to write similar bills in other states. The term incrementalism come to mind. If passed, it could be dogs today, all tomorrow.

Below are excerpts from to original (A830) to the current version (A830A) of this bill in New York.
At the time of our original post, the language in A830 is as follows.
THE PEOPLE OF THE STATE OF NEW YORK, REPRESENTED IN SENATE AND ASSEM- BLY, DO ENACT AS FOLLOWS: Section 1. The agriculture and markets law is amended by adding a new section 353-g to read as follows: § 353-G. TETHERING, RESTRAINING, CAGING OR PENNING OF DOGS OR ANIMALS. 1. IT SHALL BE UNLAWFUL TO TIE, TETHER, RESTRAIN, CAGE OR PEN A WORKING OR NON-WORKING DOG OR ANIMAL, BETWEEN THE HOURS OF 7 P.M. TO 6 A.M.
On February 4, 2019, it was amended from its original language by the Committee of Agriculture to remove the words “or animal(s)”.

Current Language (as of 2/4/2019)
THE PEOPLE OF THE STATE OF NEW YORK, REPRESENTED IN SENATE AND ASSEM- BLY, DO ENACT AS FOLLOWS: Section 1. The agriculture and markets law is amended by adding a new section 353-g to read as follows: § 353-G. TETHERING, RESTRAINING, CAGING OR PENNING OF DOGS. 1. IT SHALL BE UNLAWFUL TO TIE, TETHER, RESTRAIN, CAGE OR PEN A WORKING OR NON-WORKING DOG OUTDOORS, BETWEEN THE HOURS OF 7 P.M. TO 6 A.M.

If you are unsure who your representatives are, you can find them here:

Protect The Harvest’s mission is to help further education on a wide range of topics including animal welfare vs. animal rights, proposed legislation that would harm animal activities, agriculture, and protecting our rights to own animals. Our website has a large variety of resources on these and other important topics. You can read more here: https://protecttheharvest.com/

Prev Article
Need to Rehome Your Pet In New Hampshire? Do You Have Your “Hobby Breeder” or “Pet Vendor” License?
Next Article
The Kirkpatrick Foundation – Animal Rights in the Heart of Oklahoma