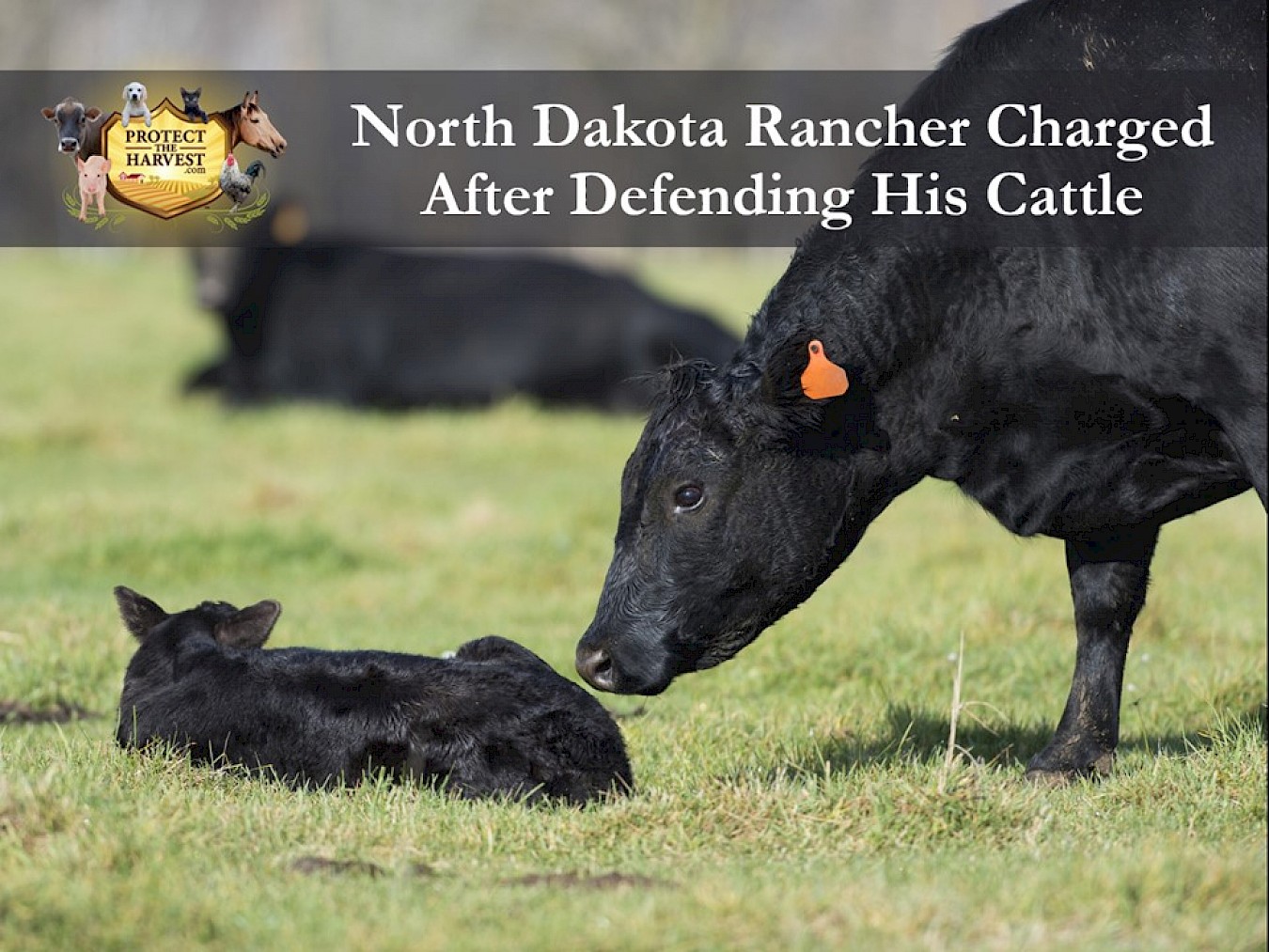 Based on the language of North Dakota Century Code 36-21.2-02 (animal abuse) ranchers in North Dakota will continue to face the dilemma of being charged with a crime for defending their livestock against trespassing animals. Currently a rancher in North Dakota has been charged with animal abuse pursuant to N.D.C.C. § 36-21.2-02 because he shot three hogs trespassing on his property as the hogs approached his cattle during calving season. The statute makes it a crime and defines animal abuse as any act or omission that results in physical injury to an animal or that causes the death of an animal. Unfortunately for North Dakota ranchers the law can be interpreted to mean that if a rancher shoots a trespassing animal the rancher gets charged with a crime and then the rancher must assert a different provision of the law to claim a crime was not committed.

Would You Protect Your Livestock from Predators?

Put yourself in the rancher’s shoes. Imagine it is calving season and a neighbor’s hungry pigs get out and enter your property in the vicinity of your cows getting ready to calve. Sows have been known to kill and eat newborn calves. What do you do? You, as a farmer or rancher, need to protect your livestock from predators. Laws are very clear that if a dog, coyote, wolf, bear, or other predator comes on your property, you have the right to shoot them. What happens when the predator isn’t a dog, coyote, wolf, or bear? What happens if the predator is your neighbor’s pigs? Most farmers and ranchers would agree- you shoot the animal that presents a real danger to your calves.

What Happened to Innocent Until Proven Guilty?

However, the laws are such in North Dakota that if you shoot a pig on your property, in the vicinity of your newborn calves, you will get cited for animal abuse and you must then go to court to plead your case and prove that you are exempt from being charged with the misdemeanor because you were protecting your livestock. What happened to innocent until proven guilty?

Swine Will Eat Almost Anything

Some people may not know that pigs will attack and eat just about anything, including their owners. It needs to be mentioned that a loose domestic pig will turn feral in a very short amount of time. In an article in Popular Science magazine from August 2019, Clemson University did a study on the livestock damage wild hogs did in South Carolina. According to the study, “Hogs don’t just carelessly harm other animals on their way to find a vegetarian meal; they’re known to prey on calves and lamb for food.” The study went on to say in South Carolina, the amount of livestock damage done throughout the state was $263,000. In Texas, there are 2 million feral pigs that go after a variety of animals, though “officials say it’s hard to detect such crimes ‘because hogs often eat the entire animal, leaving little or no evidence.” Clemson University associate professor Shari Rodriguez, co-author of the study, said “They’ll eat just about anything.”
An article in Slate magazine from October 2012 stated an Oregon farmer was eaten by his hogs when he went to feed them one morning. Several hours later, the family found his dentures in the hog pen. CBS news online wrote on May 4th, 2016 that in Townsend, Mass. a pig attacked and seriously injured a man less than two hours after attacking the man’s wife.

We Support Farmers’ and Ranchers’ Rights to Protect their Livestock

Would this current situation have anything to do with the fact that the Humane Society of the United States (HSUS) has a history of meddling in North Dakota’s legislative process and is also known for working to influence law enforcement via their free “training” seminars in the state?

Protect The Harvest supports the rights of farmers and ranchers to defend their property and livestock against all predators, whether wild or domestic. If a farmer or rancher is automatically considered guilty and required to defend themselves in court due to defending their livestock and livelihood, then there is a major issue with that state’s law.