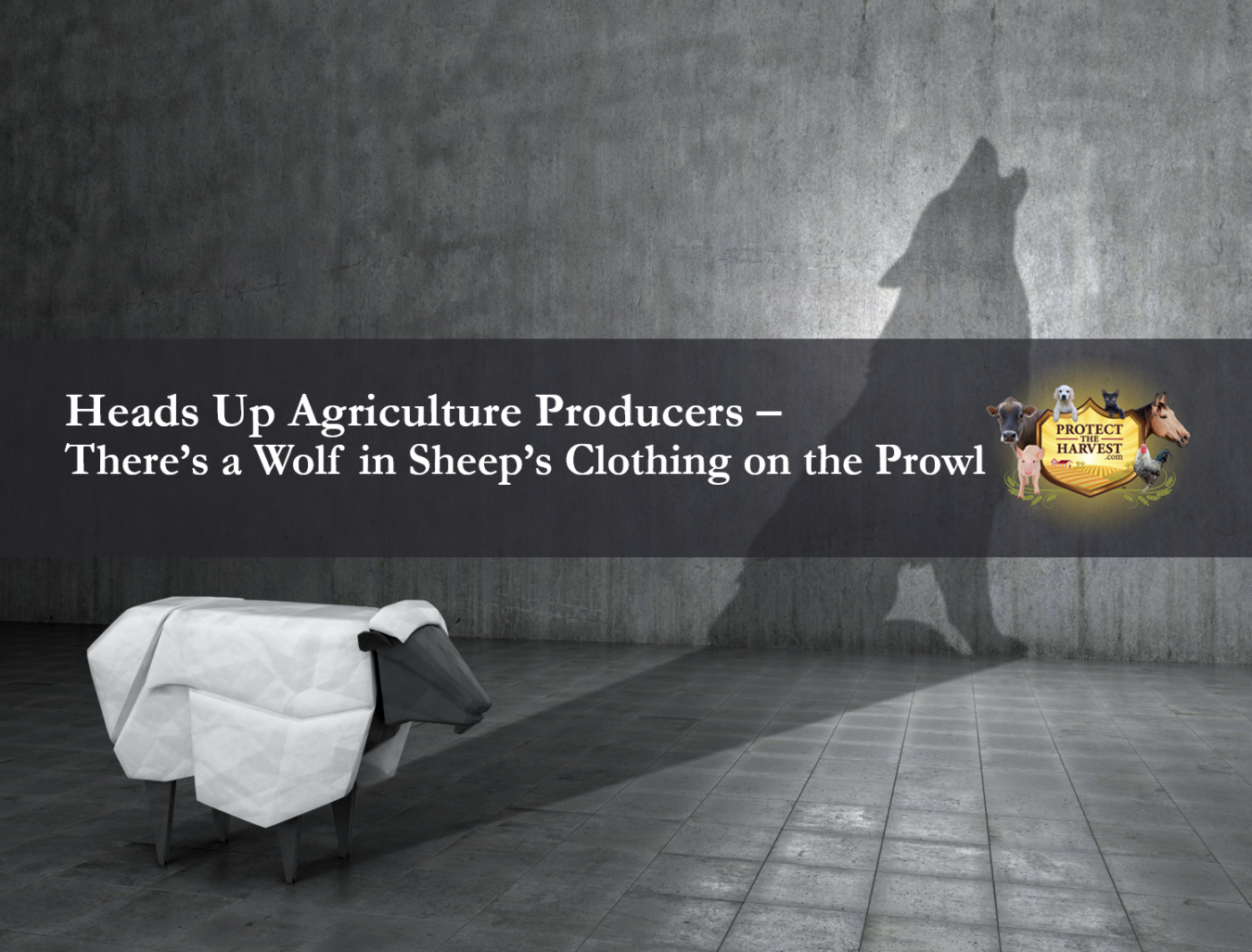 WATCH OUT FOR A WOLF IN SHEEP’S CLOTHING -

Indiana Pork Producers have been notifying their members that people from Robert Kenner Films are contacting farms asking for interviews. No matter how nice the person on the other end of the line sounds, make no mistake, Robert Kenner Films is not friendly to agriculture. His well-known documentary, “Food, Inc.”, has been proven to grossly misrepresent animal agriculture and agriculture in general.

Many of you may already be familiar with the documentary, “Food, Inc.”, if you are not, it was a 2009 movie about large modern farms in the United States. The movie portrayed agriculture in a negative light so much so that according to Wikipedia, “Kenner claims that he spent large amounts of his budget on legal fees to try to protect himself against lawsuits…” Unfortunately, Food, Inc. received national attention after it was entered in numerous film competitions across the country. It was even nominated for an Oscar. What this means is that this documentary has done a great deal of damage to agriculture and helped create the culture in urban America of distrusting and disparaging farmers and ranchers.

The documentary was co-produced by Eric Schlosser. Some may remember him as the author of the book highly critical of agriculture titled, “Fast Food Nation”, which later became a movie. Published in 2002, this book also had a damaging effect on the public’s perception of agriculture. Our Protect The Harvest team member who contributed to this article, and who has career experience in Worker’s Compensation and OSHA regulations in animal industries, clearly remembers reading the book and putting it down never to finish it after reading misleading information about the purpose of Worker’s Compensation Insurance and the Occupational Safety and Health Act (OSHA). An online review of the book sugar coated the glaring misinformation by stating, “Scholler has many critics and in some ways their critiques are to be expected, born partly of his indictments of American icons….but more importantly his propensity to favor personal narratives over facts.”

FOOD INC. PROMOTED BY HSUS AND CRITIZIED BY AGRICULTURE INDUSTRY -

When the documentary, “Food, Inc.”, first made rounds in theaters in 2009, Jennifer Fearing, a lobbyist for the Humane Society of the United States (HSUS), set up a screening for California lawmakers in Sacramento. She then published an article about it in the online outlet, Civil Eats. Her article gave glowing praise of the movie and included statements like, “…HSUS urges everyone to see it. Its fundamental aim is to expose the rampant abuse of power that has resulted in an inefficient, polluting, degrading, cruel, and unhealthy food system in America.“ Clearly, Robert Kenner Films and the producers of Food, Inc. are no friends to agriculture.

Back in 2009, the National Chicken Council weighed in on their thoughts about Food, Inc. and the way it presented information to the unknowing public.

The Center for Consumer Freedom reported about an interview conducted on National Public Radio (NPR) about the documentary. The NPR host said, “Silenced farmers may be the most frustrated over the Food, Inc. phenomenon. Here’s what two farmers had to say about Food, Inc. on NPR:
“We’re an easy target.”
“[Food, Inc.] is a direct slap in the face to every farmer and ranch family in this country that has been involved – dedicated – to finding a way to produce sustainable, reasonably priced, safe food … Farmers are starting to realize that there is a concerted effort to mislead the public about what’s happening in American agriculture.“

The Indiana Farm Bureau is discouraging its members from answering any questions or engaging with Robert Kenner or people from his production studio should they call or stop by. They are encouraging their members to contact Indiana Farm Bureau’s Senior PR Manager, Molly Zentz. For those of you outside of Indiana, we recommend talking with your local agriculture organizations and coming up with a game plan so you are prepared. There are a number of other resources that provide advice for dealing with this type of thing, for example, Animal Agriculture Alliance and articles in AgDaily. Please also keep us apprised if there is any activity.