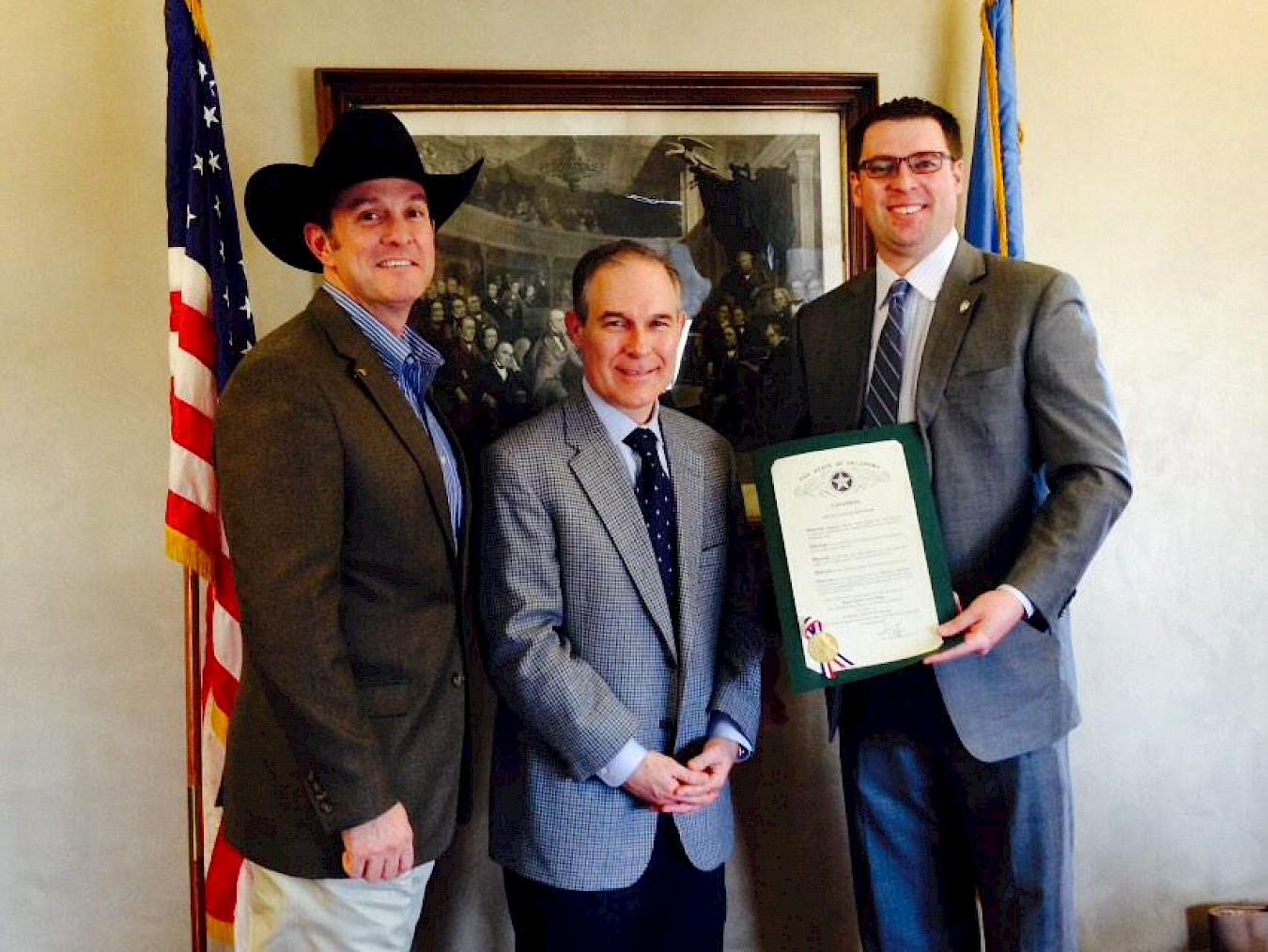 OK Rep. Scott Briggs presents Pruitt with citation for supporting livestock producers[/caption] As previously reported, Oklahoma Attorney General Scott Pruitt received a citation from several state legislators and agriculture supporters for his work in forcing Humane Society of the United States (HSUS) to reveal its fundraising activity details in the state, something HSUS has refused. In response, they sued Pruitt for what CEO Wayne Pacelle referred to as "an abuse of power" and "a witchhunt", despite the potential evidence mounted against them from a prior review by the Attorney General's office. Attorney General Pruitt is simply searching for answers, yet HSUS keeps throwing roadblocks at him. What do they have to hide? And why are they dragging Oklahoma citizens into this? In an interview with Oklahoma Farm Bureau, State Representative Scott Biggs details the issues. Representative Biggs:

"This HSUS issue is not just about agriculture, it's about protecting all the citizens of Oklahoma."

You can listen to his comments, here.

Prev Article
Ridiculous, Radical, Rejected - HSUS's Three R's and How They Have No Place in Society
Next Article
Protect The Harvest Opens New Indiana Office