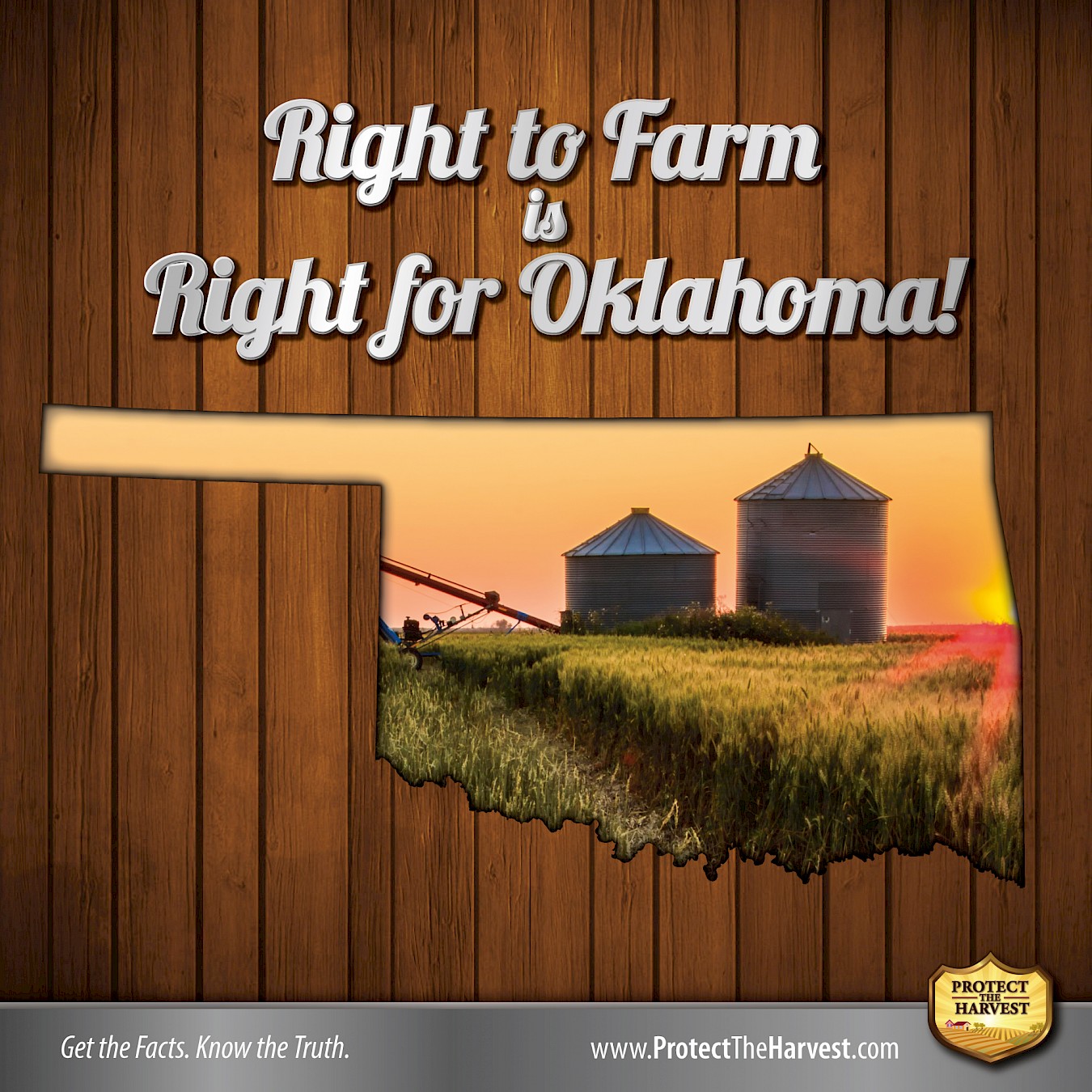 “To protect agriculture as a vital sector of Oklahoma’s economy, which provides food, energy, health benefits, and security and is the foundation and stabilizing force of Oklahoma’s economy, the rights of farmers and ranchers to engage in modern farming and ranching practices shall be forever guaranteed in this state. The Legislature shall pass no law which abridges the right of farmers and ranchers to employ agricultural technology and modern livestock production and ranching practices.”

Authored by Oklahoma State Representative Scott Biggs in February 2013, the bill must now be approved by the Oklahoma state senate before it is presented to Oklahoma voters on the November ballot.

The Oklahoma Farm Bureau, a leader in the effort to defend Oklahoma farmers and ranchers, spoke with Rep. Biggs about the importance of the legislation. “Like it or not, agriculture is under attack from some of these animal rights groups,” said Rep. Biggs. When asked about his concern for any opposition to the amendment, he replied, “the positive impact, the support for farming and ranching in Oklahoma is going to overpower anybody that would have an opposition to this.”

In 2012, North Dakota became the first state in the union to pass a constitutional Right to Farm amendment. In 2014, Missouri citizens will have the opportunity to pass a similar amendment and Oklahoma could soon follow in the growing effort to protect farmers, ranchers, and consumers.

We’re excited to see states like Missouri and Oklahoma show strong support for Right to Farm amendments. Right to Farm not only serves as a legal safeguard for farmers and ranchers, but provides protection for consumers, too. Maintaining and preserving consumer access to safe, affordable, and nutritious food remains a top priority as America’s farmers and ranchers work together to feed a growing world population.

Stay tuned for the latest as Oklahoma’s proposed Right to Farm amendment progresses through the State Senate.