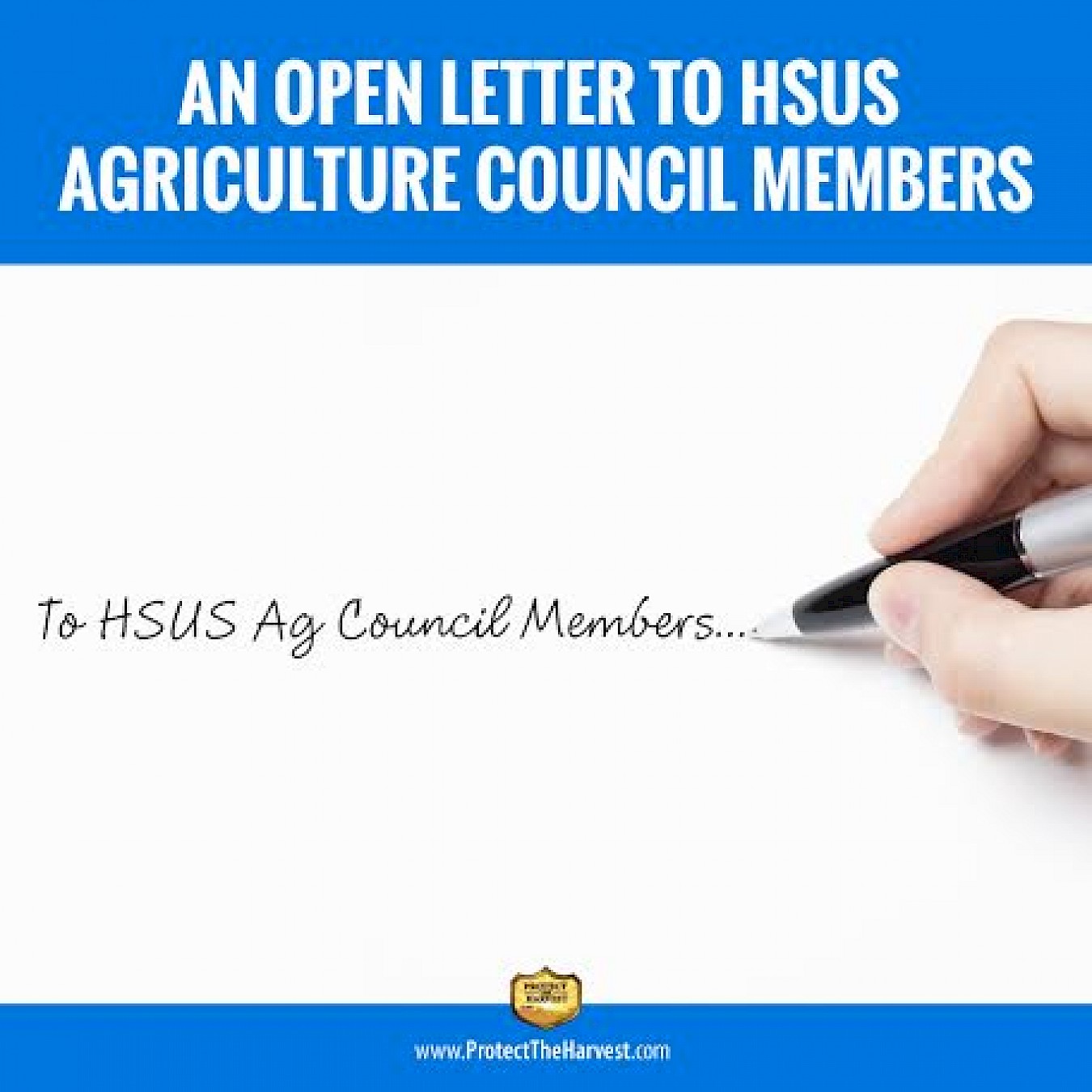 AN OPEN LETTER TO ALL HSUS AGRICULTURE COUNCIL MEMBERS

These are the leaders in charge of the organization that you promote as a member of one of its so-called “Agriculture Councils.” Your name and biography can be found on their website, along with theirs, and by extension, you are being used to promote the agenda so clearly and blatantly revealed in the quotes above. Your involvement with an organization that seeks the dismantling of an industry that enables you to do what you love while making a living and providing for your family is, frankly, baffling. We hope to have called your attention to the harmful intentions of your chosen partners, the Humane Society of the United States, in the hopes that you will realize your good name, your profession, and your entire way of life are being exploited so that they might accomplish something far more devastating than whatever it is they may have told you they hoped to accomplish with you at their side. Your industry is in the crosshairs of this organization and we highly doubt they’re very concerned about collateral damage. For the sake of your families, your fellow farmers and your fellow Americans, we encourage you to walk away from HSUS and its exploitative Agriculture Councils. Thank you for reading, Protect The Harvest

Prev Article
HSUS To Go After Maine Bear Hunting (Yet) Again
Next Article
Could New Bird Flu In California Be Result of Proposition 2?