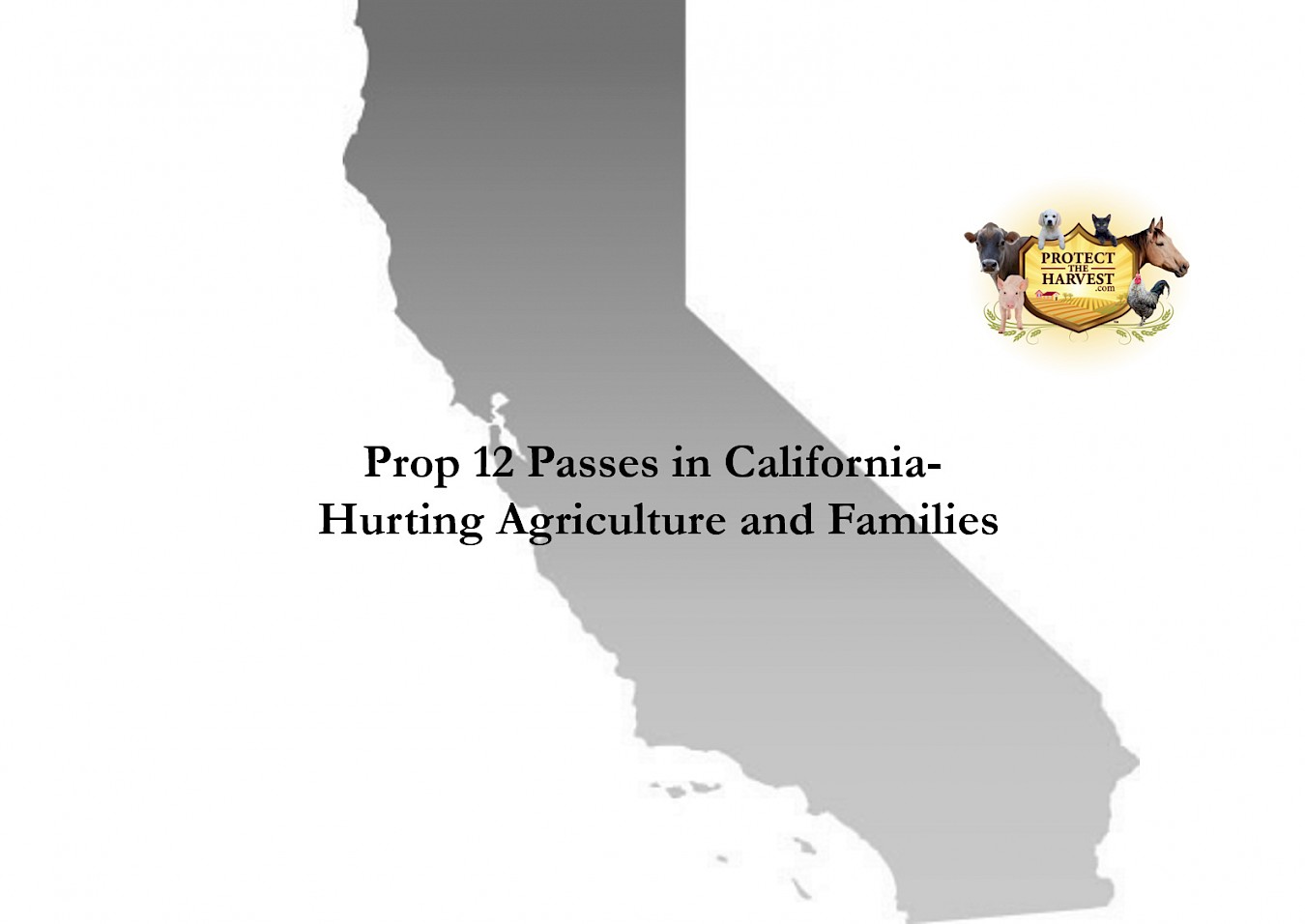 Mid-term elections in California dealt a heavy blow to the agricultural industry, one that will be felt by other states as well. Proposition 12 passed with over 60% approval on November 6th, 2018 and effectively pushed more regulation onto producers by banning the sale of any veal, egg or pork that does not meet the minimum requirements in the state of California. Furthermore, if another state does not meet California requirements, they will be banned from selling their produces in California as well.

This will undoubtedly have a negative impact on the veal, pork and egg industries. However, the effects will also be weighing on the shoulders of the public. This law will create many problems:

• Higher costs for producers, which in turn, will create higher costs at the grocery store
• Many producers will leave the state; hurting local economy
• Many out-of-state producers will no longer supply food to California

How Did HSUS Get This Prop Passed?

Prop 12 was written, funded and marketed by the Humane Society of the United States. It was passed by an alarming amount of votes because the HSUS used their typical deceiving tactics to push people into voting, “yes.” The Prevent Cruelty California Committee, along with the HSUS, raised over 13 million in funds to campaign for this proposition. They also paid people to gather enough signatures in order to get the proposition onto the ballot; the cost to get the required signatures – 365,800 total, was reported at $2,199,613.72.

Agriculture Needs to Wake Up

As a strong voice for the ag community, Protect The Harvest worked diligently to educate and inform both the agriculture community and the public of the consequences the passing of Prop 12 would bring. Purchasing television ads and billboards in large cities requires a significant financial commitment. For reference, to purchase a 60-second tv ad in Los Angeles, it will cost over $17,000. A traditional billboard will cost between $1,000-$10,000 for 4 weeks in Los Angeles.

The agriculture industry needs to come together and provide financial support to combat the activities of these groups. During the campaigning for Prop 12, animal rights groups created PAC’s to raise money in support of their views. In contrast, agriculture organizations did not.

We must work together to pool donations in order to better support agriculture at a level that can surpass organizations like HSUS with their 13 million dollar investment. It can be easily accomplished with numerous, small donations made on a regular basis.

The truth is, our industry needs to come together and support one another better in order to prevent further threats by animal rights and other special interest groups against our livelihoods and our way of life.

For more information on what prop 12 does, please visit:

Prev Article
Animal Rights Agenda Wins In Florida, But Greyhounds Lose
Next Article
Open Field Doctrine And How It Can Be Used Against Animal Ownership