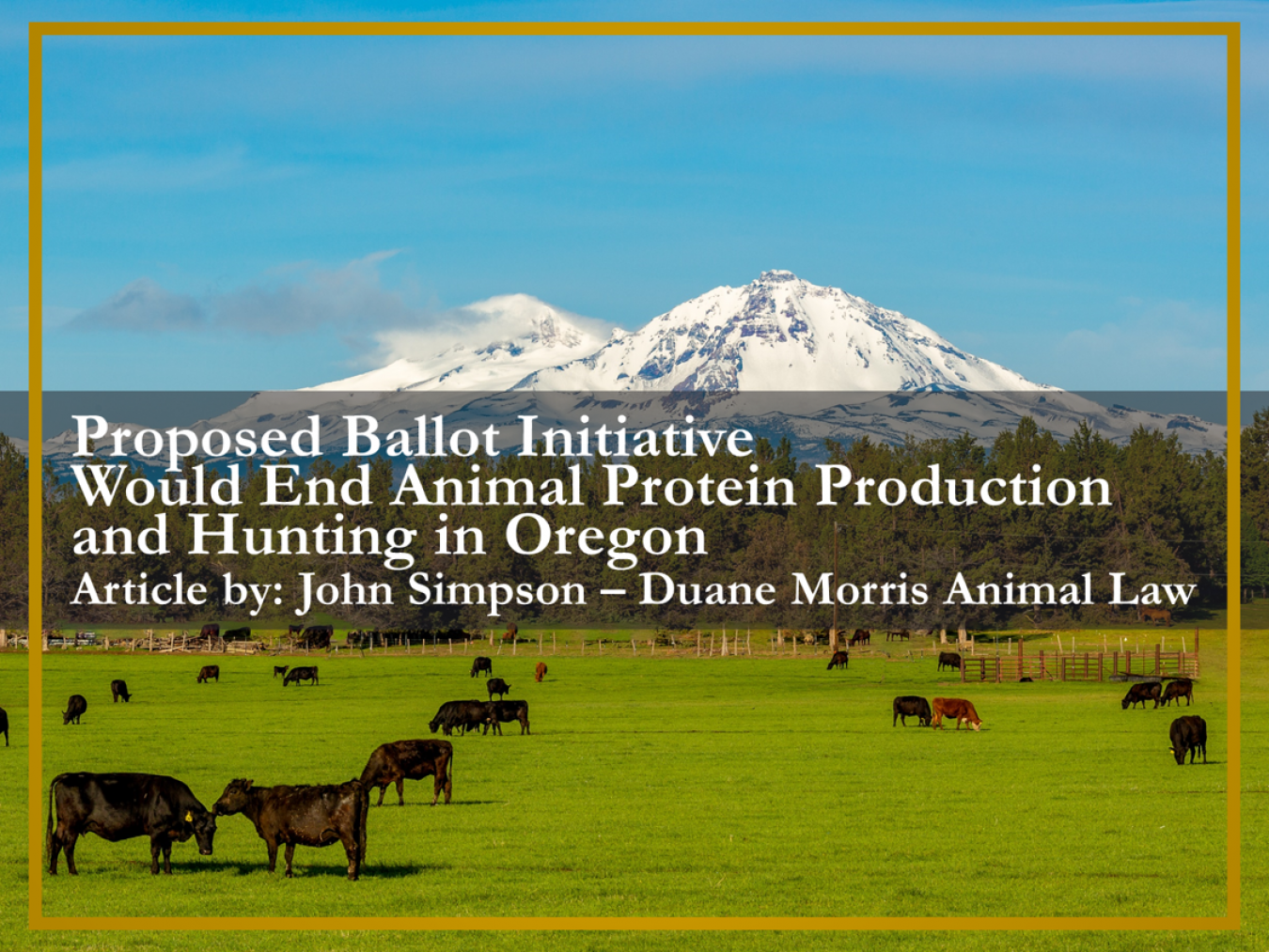 On June 21, 2021, the Oregon secretary of state received Initiative Petition 2022-13 (IP 13), a ballot initiative for the November 8, 2022 general election which had been captioned by the state attorney general as follows: “Criminalizes injuring/killing animals, including killing for food, hunting, fishing; criminalizes most breeding practices. Exceptions.” IP 13, which emerged last November, would have far-reaching effects in Oregon if adopted by voters next year.

IP 13 proposes significant changes in the state’s criminal laws governing animal cruelty which heretofore have contained exceptions for animal husbandry, hunting and the like.

Numerous provisions in existing law making exceptions for activities like livestock production and hunting would be abolished. By eliminating these exceptions, IP 13 would effectively make any injury to an animal arising from the following activities a crime:

As can be seen, eliminating the foregoing exceptions would make it impossible to harvest animals for food, whether commercially or as a result of sport hunting. Any intentional killing of an animal, unless in self-defense or for a veterinary health reason, would be illegal, which would in turn, make livestock production for food and hunting illegal.

IP 13 also would amend Oregon law so that any contact to the genitals of an animal would be a crime if it is for the purpose of breeding domestic, livestock or equine animals. This would make artificial insemination illegal.

A series of questions and answers on the website of the organization backing IP 13 further demonstrates the radical nature of the measure:

As we recently reported, a similar ballot initiative in Colorado was rejected by that state’s supreme court on the ground that it violated the state constitutional requirement that no ballot initiative be proposed that contains more than one subject.

As to the Oregon proposal, any registered voter who commented on the draft ballot title and who is dissatisfied with the ballot title issued by the state attorney general has until July 6, 2021 to file an appeal with the Oregon Supreme Court.