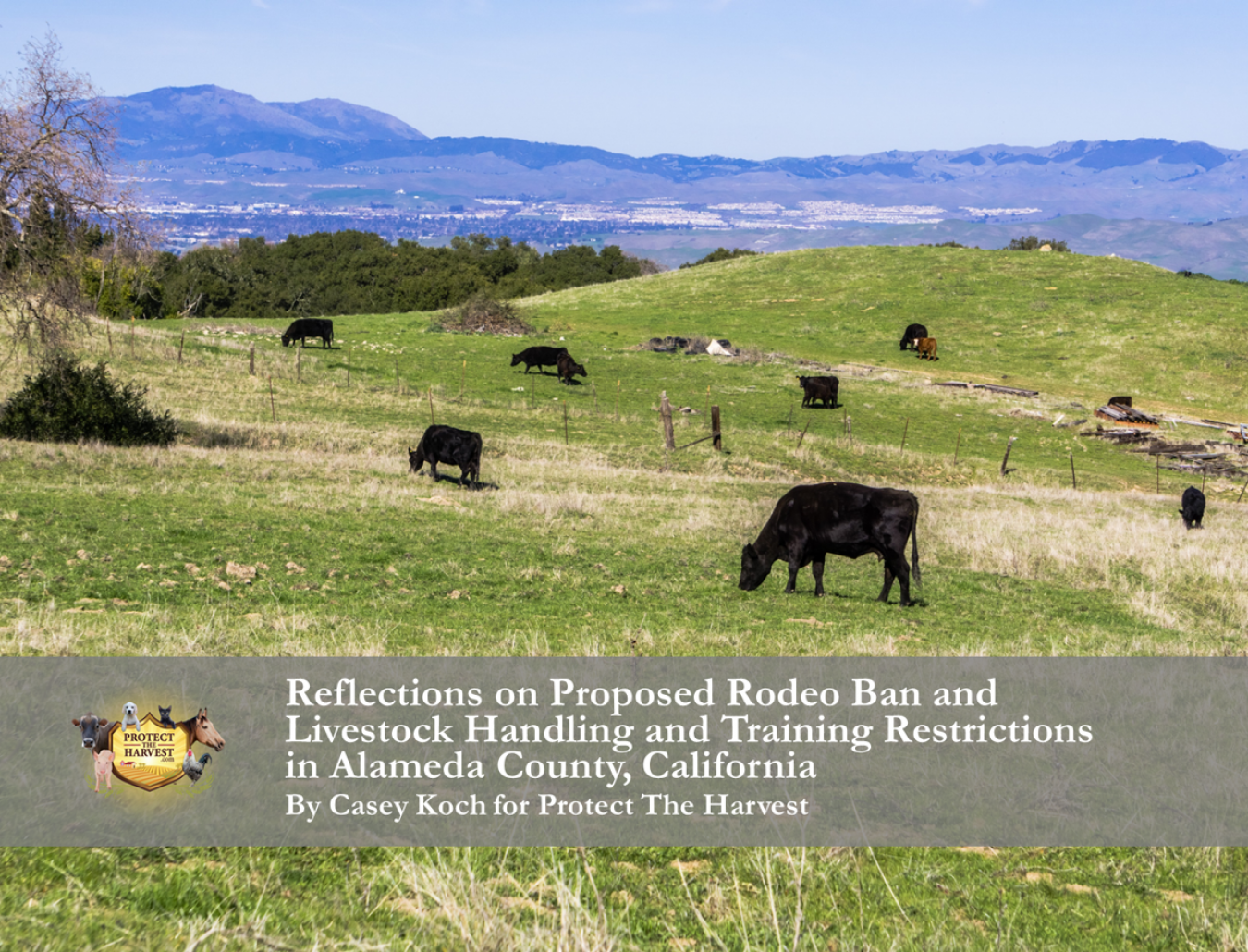 By Casey Koch for Protect The Harvest

I grew up in an unincorporated town in the East Bay Area in California. There wasn’t a whole lot to do except ride our bikes, ride horses, and walk everywhere. It was heaven to be a child living in an area that was rich with agriculture. I spent six years in 4H, always begging to have an animal project, but because we didn’t live on a farm, I did other projects like entomology.
Every year, the cowboys came to town. Not the kids like me playing cowboys, but REAL cowboys. They would compete at the Harry Rowell Ranch and there were several things that stood out to me. How they all stopped everything when the National Anthem played, how they took care of their horses and always gave them a pat, how they’d nod at the bull that just bucked them off out of respect for its prowess, how they tipped their hats to women and girls, how they said “yessir” and “no ma’am” and how they bowed their heads in prayer before the rodeo started.

Several years passed and I was old enough to work a booth and get FREE admission to the rodeo. I worked in the cotton candy booth, swirling the hot sugar just so and getting big “cotton candy trees.” I loved that rodeo, meeting people, watching events, and watching hats held over hearts when the American flag was brought into the arena.

Agriculture in California Should be Respected

Growing up in an area with an agricultural history that predates the statehood of California is something that should be respected, but the opposite has happened. Instead of being proud of the RICH agricultural heritage that California has offered for hundreds of years, now everyone wants to be rid of it. They say it is “polluting the air,” it’s causing “greenhouse gases,” and the most blatant lie: “it’s abusive to animals.”
Banning Rodeo, Equestrian, and Cattle Handling Equipment During Rodeo Events and Practice Only Suits Animal Extremist Ideology
Now, the town I grew up in, and watched rodeo in, is being subjected to an ordinance that prohibits the use of spurs (which are already regulated), bucking straps (also regulated), and roping. Worse is this is not just for rodeos. This is where the language gets intentionally vague. If you live in Pleasanton or unincorporated parts of Alameda County, you could find yourself in hot water for cutting your own calf on your ranch or for having fun team roping with your friends.

The proposed language reads as follows:

I’m no scientist, but I AM an animal welfarist. I have worked my entire adult life around animals in some way or another. After raising a child, I went back to school and became a Registered Veterinary Technician. I have worked in small animal emergency/critical care, equine specialty practices, and on the race track. My love of animals is undeniable. I have seen cases that appear to be abuse and they weren’t rodeo animals or food animals; they were domestic cats and dogs. Animals that live in our homes.

Animal Welfare is a Top Priority for Rodeo Animals and Livestock

The people screaming the loudest making claims that rodeo animals are tortured and abused have NEVER seen the care given to them. Those rodeo animals are treated like professional athletes. They are well cared for, regulated beyond imagination, and regularly checked by veterinarians who are looking for signs of illness, poor care, untended injuries, foot issues, eye issues, and “you name it” issues. Yet, rodeo animals are being singled out as being abused because the bull rider wears spurs with a loosely locked dulled rowel which helps him grip the hair of the hide. The rowels don’t bite into the skin, they grab the hair coat, and that hide is 7mm thick, not the 2mm of human skin.
All rodeo animals have to be inspected by a veterinarian before they work. All of them. That means there is a veterinarian on site and ready for any issues that could arise.
These “abused” animals often retire to become sires or dams to the future generations of rodeo animals. Others retire on ranches to live out their lives.

Animal Extremists Do Not Truly Care About the Welfare of Animals

Animal extremists put the rights of an animal above those of a human. They claim that animals should have legal personhood status and they do not care about the actual welfare of animals. In reality, they would like us to end all human-animal interaction and live in a human-only dystopia.

**Alameda County in California is comprised of over 800 square miles comprising of urban, suburban and mostly rural landscapes where livestock are raised.