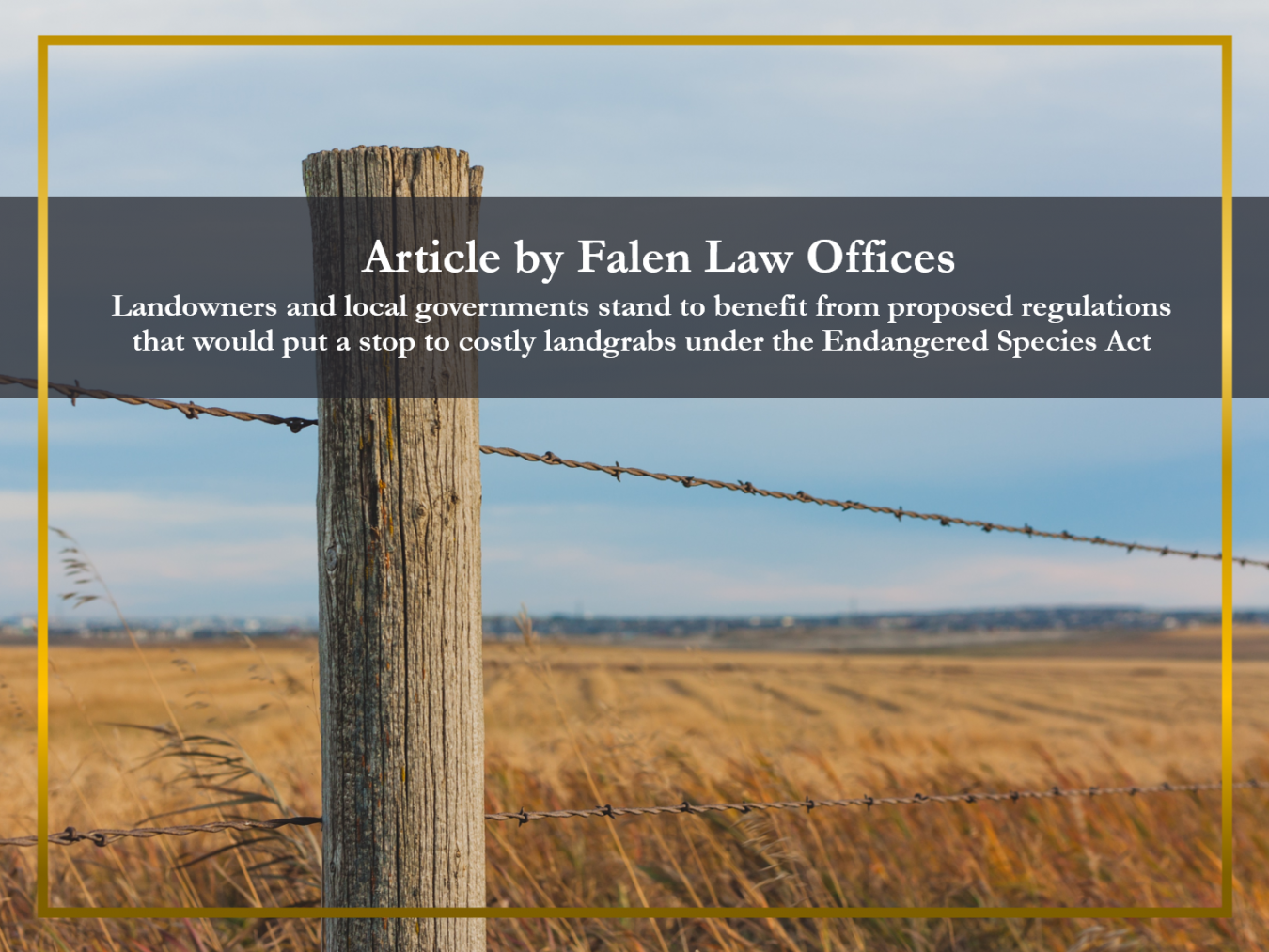 In what stands to be a major victory for landowners and local governments, the Trump Administration has proposed regulatory changes that would correct and prevent the costly, unjust landgrabs of the previous administration. These regulations have broad implications for how land is managed under the Endangered Species Act (ESA) and how far the federal government can go in controlling private lands.

For several years, the US Fish and Wildlife Service (FWS) have used critical habitat designations as a tool of coercion to essentially instigate land grabs of private property. Regardless as to whether land is private or public, whenever it is included as critical habitat, it is regulated to the point of being nearly unusable by the landowner.

The newly proposed rule, if finalized, would prevent this very thing from happening again. It will finally give counties, landowners, and federal permitholders a voice in whether land is designated as critical habitat and therefore federally managed. The rule includes five major improvements.

First, the rule reverses the FWS’s current policy and allow federal land to be excluded from critical habitat designation. This would be a big victory to federal allotment permit holders who can now petition FWS to exclude critical habitat when it would greatly interfere with their operation and would offer little value to the preservation of the species.

Third the new regulations will allow the agency to consider more than just the economic consequence of listing habitat. Instead of conducting an exclusion analysis purely through an economic analysis, the new rules also considers public health and safety, community interests, and environmental concerns in the analysis as well. This is important because communities are so much more than just economic machines and impacts to a community often extend past purely economic consequences.

Last and perhaps most important is the new rule will consider local governments and stakeholders as experts. One of the major issues facing most environmental decisions is the impact of special interest groups and large populations from outside of communities using the notice and comment period in a way that nearly drowns out the voices of those who are actually impacted by a decision. The new rule will essentially give local governments and stakeholders expert status when discussing the economic and local impacts of critical habitat designation within their jurisdiction. This, in turn, will allow those who are actually affected by the decision to have substantive voice and impact on the decision instead of being drowned out by special interest groups and those on the coast who have never been to these communities.

In the end, the proposed regulations will ultimately give a stronger voice to stakeholders potentially affected by a critical habitat designation. Combined with greater transparency and consistency, this proposal could go a long way toward reining in the historical overreach under the ESA and relieving the hardships that landowners and local governments have experienced in recent years.

The proposed regulations and a link to comment can be found HERE: