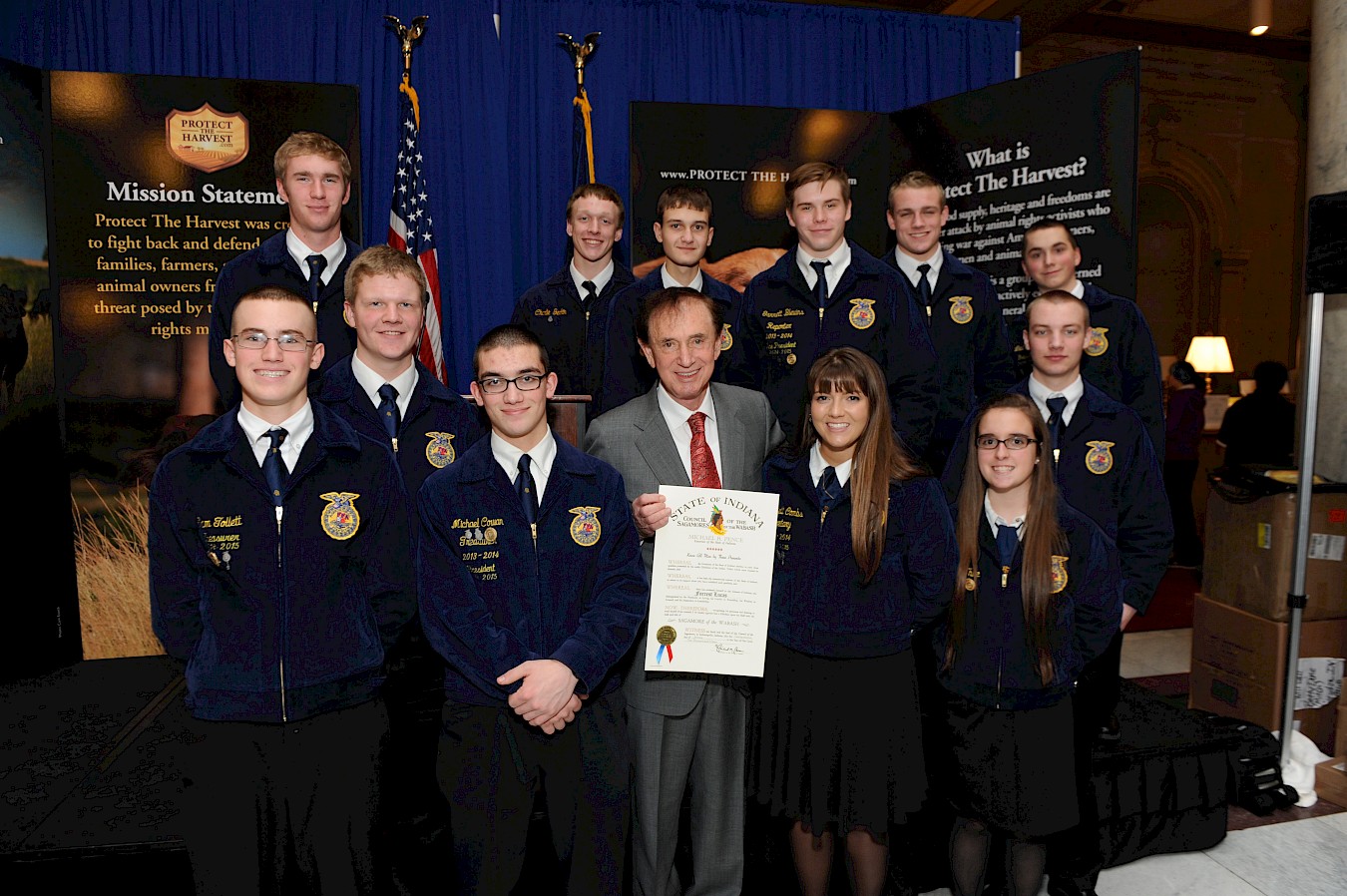 Protect The Harvest, along with the Indiana Council for Animal Welfare, held a meet and greet Thursday, January 22nd at the Indiana State Capitol for the second straight year. The primary objective of this event was to inform Indiana lawmakers, as well as the general public, that there is a united front out there that will stand up against animal rights extremists determined to undermine American agriculture, sportsmen, and animal owners. Speaking at the event were Protect The Harvest Founder Forrest Lucas, Executive Director Brian Klippenstein, and several representatives from the state of Missouri.

The group reiterated just how important it is to be organized in combating the dangerous reach of HSUS. Brian Klippenstein reminded those in attendance, which included members of Indiana's FFA, about the harmful toll that the animal rights movement has taken on both consumers and producers. He discussed how Proposition 2 has put a strain on California's middle and lower class families that have now seen the price of eggs increase 300%. Missouri representatives discussed the importance of Missouri's Amendment 1 and the strong statement it made in defense of Missouri's citizens. The event also gave many FFA students the opportunity to speak with those who fight daily for agriculture, as well as advocate to the government officials about the industry. The Republic out of Columbus, Indiana provides some highlights. Brownfield Ag News was also there to cover the event, and you can listen to their interviews with Forrest Lucas, Brian Klippenstein, and Missouri Farm Bureau President Blake Hurst, here.