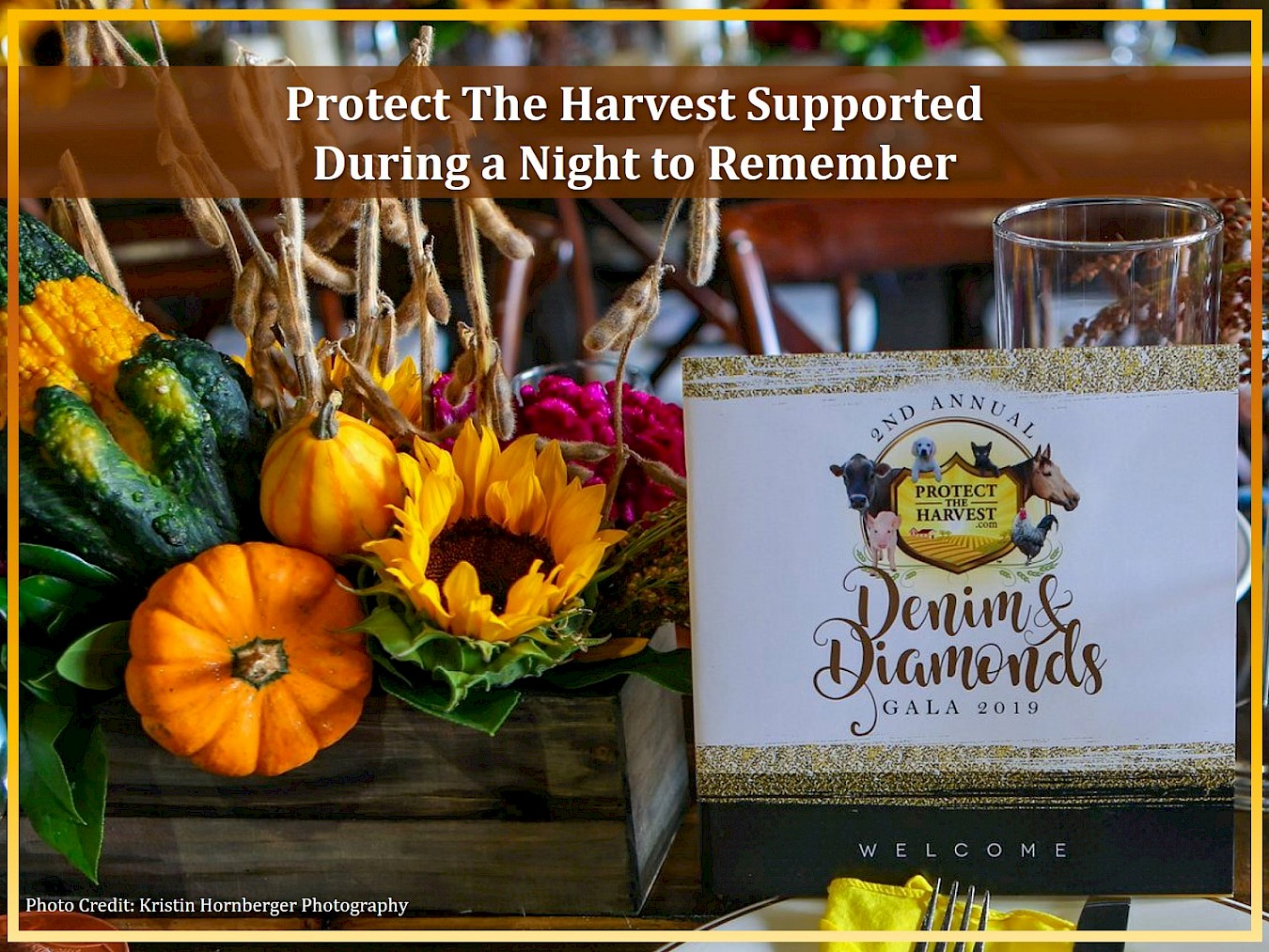 Forrest and Charlotte Lucas hosted the second annual Denim and Diamonds gala fundraiser to benefit Protect The Harvest at their estate in Carmel, Indiana this past Saturday, October 5th. Nearly 300 people attended, enjoying all the evening had to offer. The event included live and silent auctions, dinner, live music and dancing.

Guests mingled with representatives from Protect The Harvest while enjoying multiple social lounges that served food and drinks and bidding on the silent auction items. After dinner, an informational video was shared. It both educated guests on the issues facing farmers, ranchers, and animal owners and celebrated several successful campaigns from the last year. The video ended with a round of applause and standing ovation.

After the video, our emcees Trent Loos and Jim Haworth, former CEO of PBR Walmart and current CEO of Outdoor Cap Company, shared their heart felt support of Protect The Harvest. Then, they introduced the auctioneers to begin the bidding for the live auction. Live auction items included domestic and exotic hunts, an elevation rifle, and two beautiful hand-sewn Amish quilts. The evening was rounded out by the Nashville-based band, MamaDear, playing live music that kept guests dancing and enjoying their time at the Lucas Estate.

Protect The Harvest would like to thank all the gala attendees for their generous support of our organization.