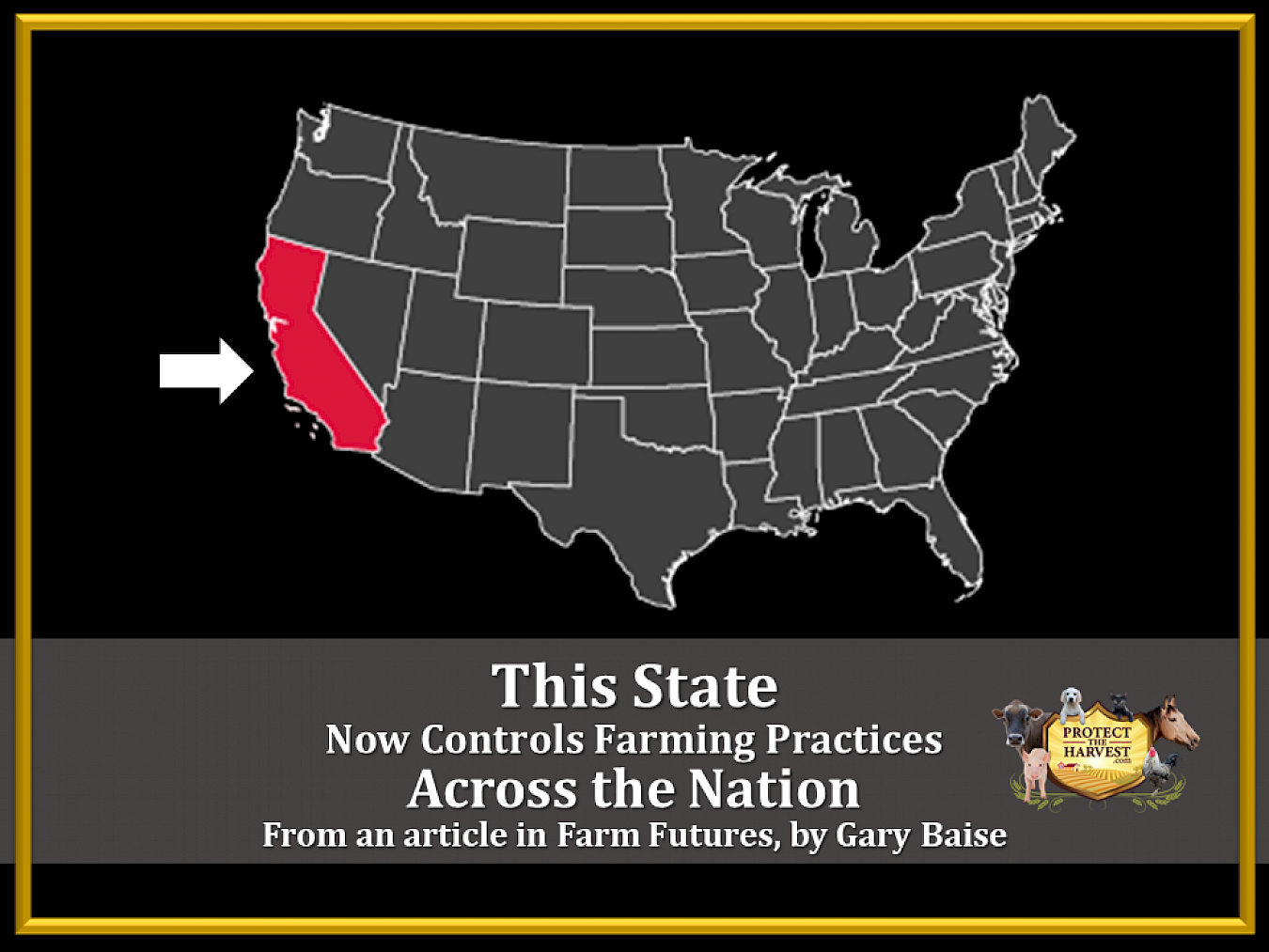 In a 41-page publication, the United States Supreme Court in case 20-1215 North American Meat Institute (NAMI) v Bonta, Attorney General of California denied certiorari to review California’s Proposition 12. This also would have impacted Proposition 2 in California and Question 3 from Massachusetts.

Agriculture producers did not believe one state could control farming practices across the nation. Boy, were we wrong!!

On March 30, 2021, I said “If the law is not overturned, one state will control farming practices across the nation.”

NAMI of course was disappointed that its Cert Petition was denied. This is another example of having virtually all Harvard/Yale appointees on the Supreme Court.

There are a couple of exceptions with Justice Barrett and Justice Thomas. A number of us had hope that Justice Barrett coming from Indiana and Notre Dame might exhibit some common-sense regarding animal agriculture. Protect the Harvest and Forrest Lucas have been engaged in this battle since 2008.

On the opposite side is the Humane Society of the U.S. (HSUS), the Consumer Federation of America, and the Center for Food and Water Watch. NAMI claimed the 9th Circuit Court of Appeals decision conflicted with decisions of other Circuits and claimed California could not adopt trade barriers which were designed to control production in other states and countries.

The 9th Circuit, that bastion of agricultural knowledge, claimed the California District Court “…did not abuse its discretion in concluding that Proposition 12 does not have a discriminatory purpose given the lack of evidence that the state had a protectionist intent.”

The U.S. Supreme Court must agree with this reasoning. Therefore, California’s Proposition 12 prohibits the sale of meat products in veal and pork which do not conform with California’s animal housing standards. California is a state of 37-38 million people and is a large market for pork products. There is one more case involving the National Pork Producers Council and the American Farm Bureau Federation. The 9th Circuit Court of Appeals heard arguments on this case in April 2021 and has yet to hand down a decision. Presumably, the briefs in this case are somewhat different than those of NAMI. NAMI submitted a brief which presented a very simple question, and that was whether the Constitution of the United States allows California to extend its police power beyond its territorial borders.

This is serious for American agriculture unless other states’ farmers now must restructure their facilities to meet California’s confinement standards for hogs and veal. The farmers in each state will now be stuck with the financial burden imposed on them by the State of California and the U.S. Supreme Court.

As I have pointed out before, NAMI was not an attractive plaintiff because it is composed of packers for the most part. This should have had no impact on the Supreme Court because all of us who follow agriculture legal issues believed this was a “slam dunk” for NAMI.

Invest or Go Out of Business

Now California will force farmers in the Midwest and elsewhere to invest millions in new livestock facilities or go out of business.

As can be expected, this decision by the U.S. Supreme Court justices will lead to fewer producers, higher prices for the consumer and allows one state to set the standard for how agricultural products are produced. All in agriculture thought the U.S. Constitution’s Commerce Clause would stop this type of “discriminatory” California legislation.

In this case, California’s state Proposition and statute will control the commerce in agriculture outside its boundaries. Why the Supreme Court could not see this issue is beyond comprehension. The founding fathers saw that interstate commerce was critical but obviously the U.S. Supreme Court in its wisdom ignored the thoughts of our founding fathers.