SEND A LETTER TO PANERA BREAD

When a company lashes out at American agriculture, they better be prepared for major blowback. Panera Bread may have thought their intentions were good, but, following protests around the country, my guess is they never anticipated a response like this. [caption id="attachment_1499" align="alignleft" width="300"] 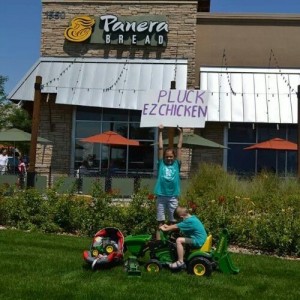 Original photo posted on DairyCarrie.com[/caption]   Carrie Mess's original blog post regarding Panera Bread's new marketing campaign insinuating that American farmers and ranchers are lazy created quite the stir on social media. So much so, that Panera Bread contacted Mess directly via a phone conversation. Panera's campaign puts forth the notion that farmers who employ the use of antibiotics are taking the "easy" and less ethical path to raising healthy food. Unfortunately, their campaign instills fear and misleads consumers about the truth of where their food comes from. After Carrie Mess spoke with the Chief Marketing Officer of Panera, they deleted the campaign's Twitter and Facebook accounts, but refused to remove several of the images posted on their own social media pages and kept their commercial on the air. We sat down with Carrie Mess, Daren Williams of the National Cattlemen's Beef Association, and Dan Kleinsorge of Missouri Farmers Care, to discuss the growing impact of "Food Elitists" and the effect of Panera's marketing campaign on consumer choice. They joined me for our #PTHLive Google Hangout Ep. 2 - Now, Carrie is teamed up with the Animal Ag Alliance to gather online signatures for a letter they will be sending directly to Panera Bread requesting a meeting to further discuss the implications of their misleading campaign against antibiotic use in animal agriculture. We encourage you to support not just Carrie and the Animal Ag Alliance, but to support American agriculture as a whole by signing the letter. Click HERE to sign the letter! 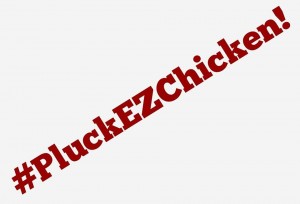 If you're active on social media, be sure to use #PluckEZChicken and let Panera Bread know that America's farmers won't tolerate being called "lazy."