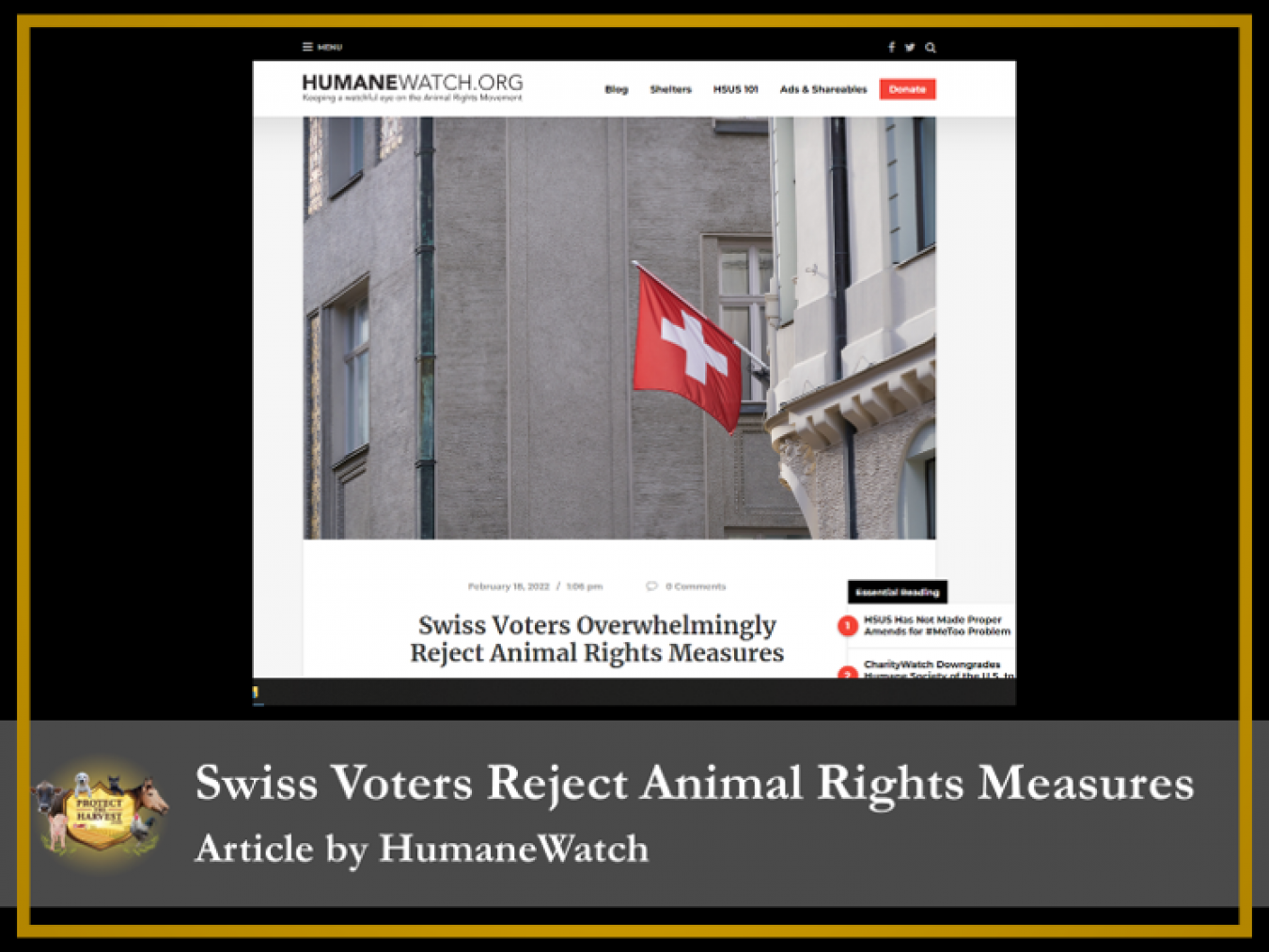 This is great news, however it should be alarming to everyone who owns animals that these two radical animal extremist measures were voted on in the first place.

The first proposal, which would have made Switzerland the first nation to ban animal testing, was rejected by 79 percent of voters. If the ban had passed, both medical and scientific experiments on animals would have been totally outlawed.

The animal rights groups argued – as they have for decades – that testing medical procedures on animals are inhumane and unnecessary. Medical experts, however, disagreed. They noted that animal testing is a key step in ensuring the safety and effectiveness of medications before holding any trials on humans. The medical profession generally agrees with “reduce, refine, and replace” as a strategy for scaling back research that uses animals over time as non-animal alternatives develop. But in many cases, there simply are no such alternatives today, and research that uses animals is subject to strict regulation already.

Voters sided decisively with the experts, rather than the activists.

The second proposal, which would have given “fundamental rights” to primates, was also soundly rejected by 75 percent of voters. The initiative would have granted “the right of non-human primates to life and to physical and mental integrity,” but voters likely sniffed out the real agenda at hand. “Such efforts may begin with those nonhuman animals whose systematic oppression is most obvious to a majority of people, but must be gradually expanded to other nonhuman animals who are in need of basic rights,” wrote one campaigner in describing the initiative.

Translation: Animal activists want to give rights to a whole host of animals. Then, they can go after medical researchers, zoos, farmers, and others who use them. Their ultimate goal is animal liberation.

The response from animal activists ranged from blaming voters to desperate spin. Renato Werndli, an animal rights activist who served as co-president of the campaign, said the vote showed the Swiss people lacked empathy. Julia Baines of PETA UK laughably attempted to spin the blowout as a positive for the animal rights movement. She argued that the vote against clinical animal testing didn’t actually signal support for animal testing and urged the government to take up the cause that the people resoundingly rejected.

But this is nothing short of a stunning defeat for animal activists. If voters had passed the initiative, it would have provided valuable propaganda for US groups such as the Nonhuman Rights Project, which files frivolous lawsuits hoping to get a court to recognize animal rights.

It’s a big Swiss miss for them. But there’s always that one court in Pakistan that they can point to.