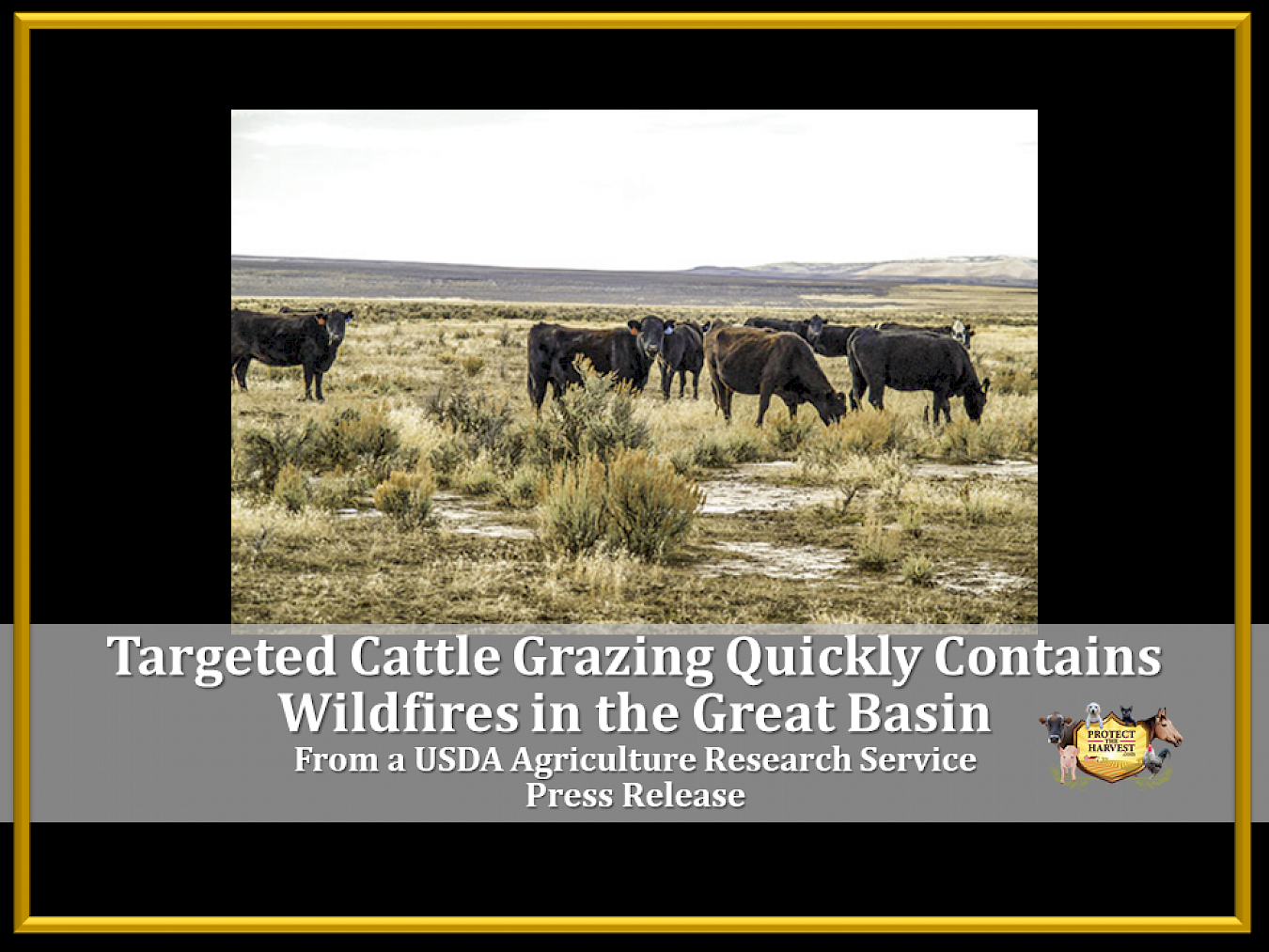 Targeted grazing uses cattle in the early spring to eat extensive strips of highly flammable cheatgrass down to 2- to 3-inch stubble in strategic places. This reduces the fuel load that can otherwise turn small rangeland fires into megafires in a matter of hours.

“These fuel breaks are intended to slow a fire’s rate of spread, make it less intense, and provide time and space for firefighters to arrive and more safely attack and contain the fire,” explained ARS rangeland scientist Pat Clark with the Northwest Watershed Research Center in Boise, Idaho, who directs the project. “That’s just what appears to have happened for the Welch fire.”

Before it reached the targeted grazing fuel break, the Welch fire “generally had 2- to 4-foot high flames and was spreading at a rate of about 20 chains/hr [1 chain=66 feet],” according to the fire report. After burning into the fuel break, flames dropped to less than 2 feet high and the fire’s spread slowed to less than 5 chains/hr, which allowed time for resources to arrive and engage the fire. If the fuel break had not been there and windier conditions had occurred, this wildfire could have escaped and burned several thousand to tens of thousands of acres within the South Tuscarora Range, the report said.

The ARS study is evaluating targeted grazing at nine sites throughout the northern Great Basin in Idaho, Oregon and Nevada. Although the cheatgrass-dominated landscapes at all these sites are at high risk of fire, the Nevada fuel breaks have actually been directly tested by wildfires.

Near Beowawe, Nevada, in August 2020, a cattle-grazed fire break helped limit a range fire to just 54 acres compared to fires that more commonly race across thousands of acres of the Great Basin each summer. In July 2018, the same targeted grazing fuel break held the Boulder Creek fire to just 1,029 acres and kept the fire out of sage-grouse habitat just downwind.

Clark’s research is tracking how much fuel is reduced by targeted grazing in the spring when the cheatgrass is most palatable to cattle, whether these fuel reductions can be maintained through the start of the wildfire season, typically July 1 in the Great Basin, and what effects targeted grazing might have on environmental health such as changes in plant diversity.

Cheatgrass (Bromus tectorum) is an invasive cool weather annual grass that originated in Europe, southwestern Asia and northern Africa, which came to this country in the late 1800s, probably in shipments of European wheat. Today, it dominates more than 100 million acres of the Great Basin in the western U.S.