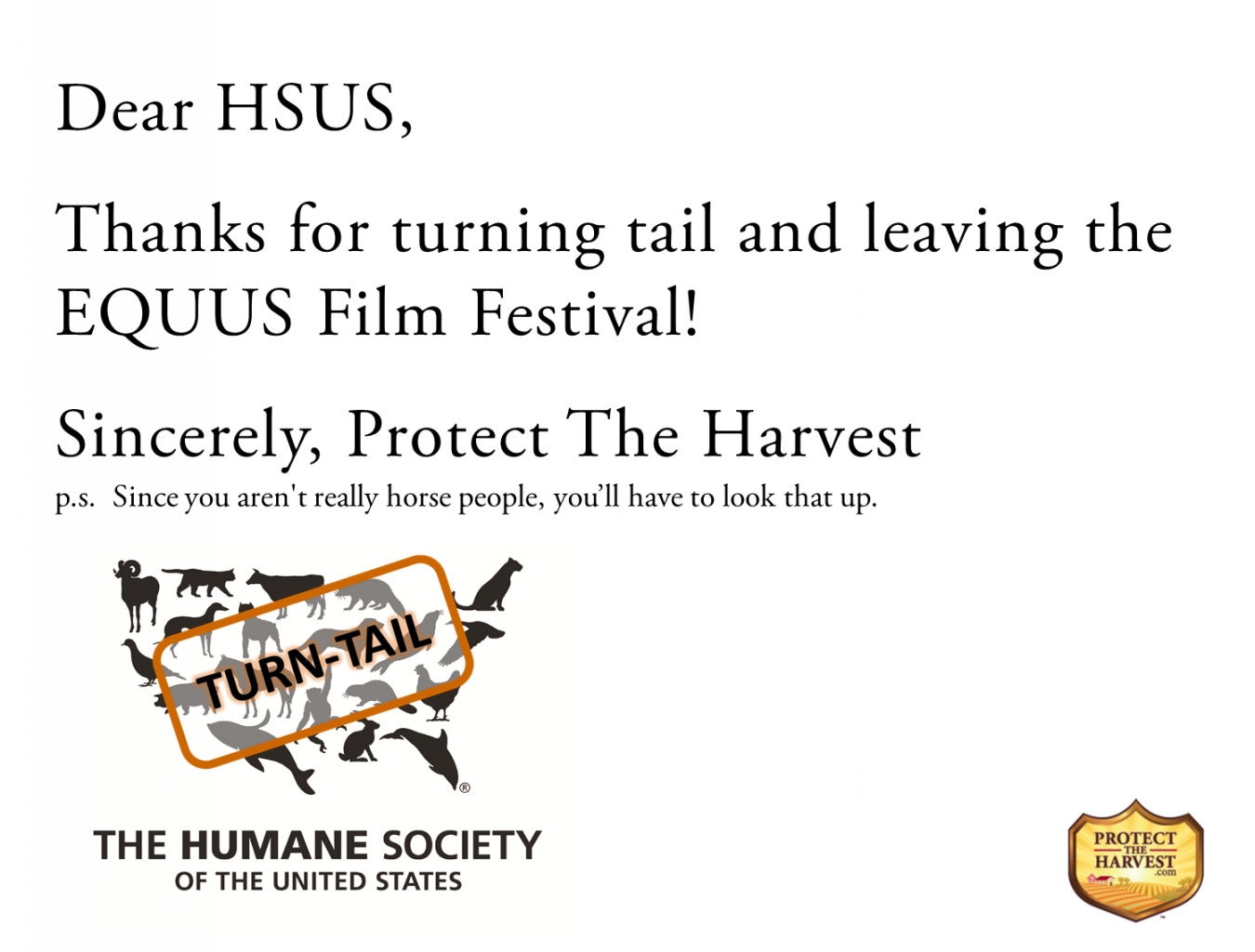 THANK YOU HSUS FOR TURNING TAIL

The EQUUS Film Festival is the only film festival of its kind. Each November, the EQUUS Film Festival provides a venue for film makers to tell stories of the horse, from those that celebrate to those that address hard truths. After our film, “Running Wild” was selected by their panel, we realized the importance of the festival and the platform not only Protect The Harvest would have at this event, but the importance of the platform for the entire horse industry. We also felt that supporting EFF with a sponsorship would give the producers of the event and the film makers more exposure to share their stories, their passion, and their opinions to a larger audience.

For more information about the EQUUS Film Festival (November 17-20): http://www.equusfilmfestival.net/

Prev Article
Agriculture Gives Riches To A Nation
Next Article
HSUS - To The Rescue - What Is Their Real Agenda?