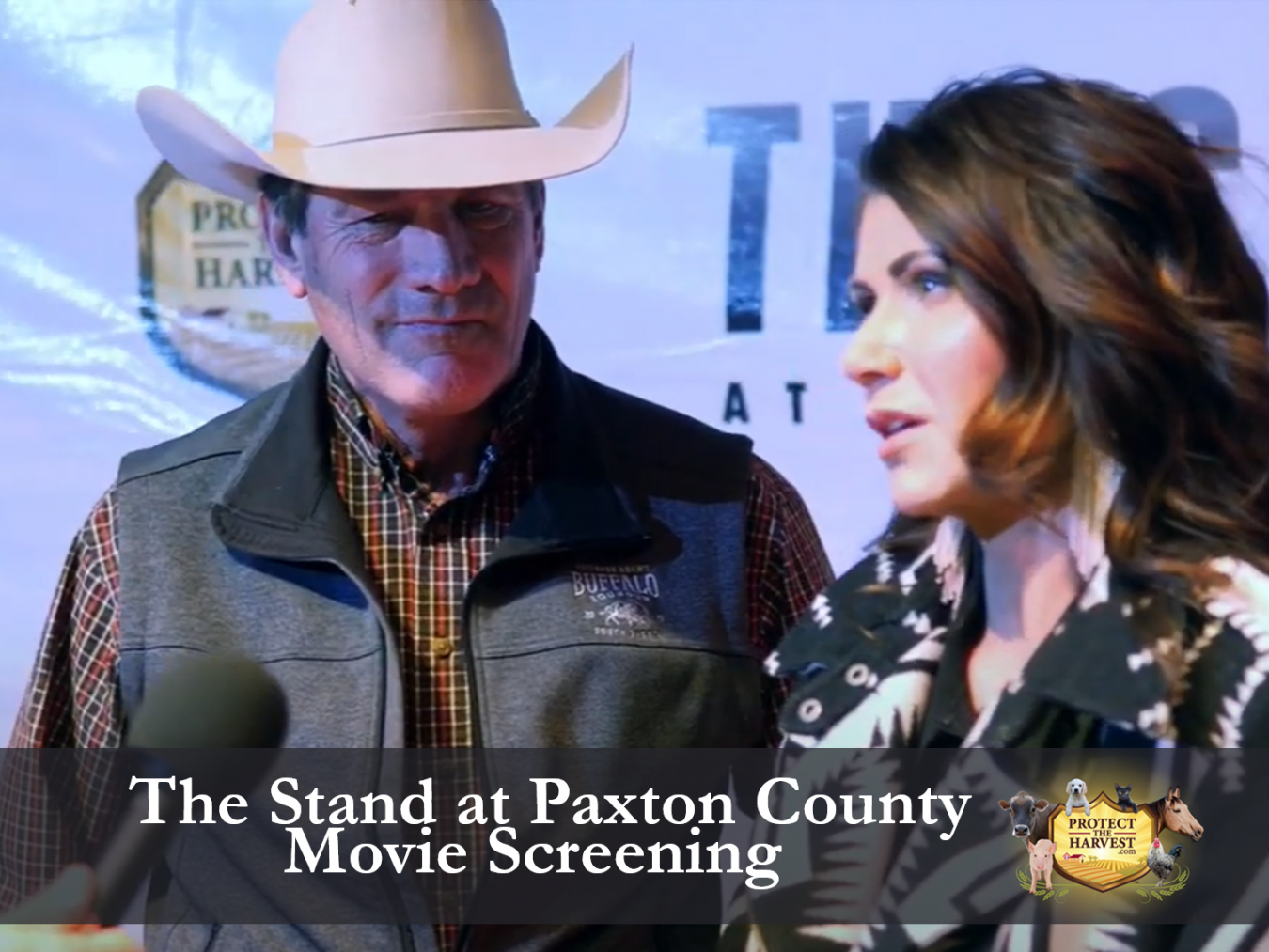 Behind the Scenes at the Private Screening of The Stand at Paxton County.

This movie is based on true events and follows a story of unjust persecution of a rancher in North Dakota. This movie is an especially informative way to "see" and understand the tactics used by these groups to threaten animal ownership in the county.

" I was very impressed with the passion behind it, the story it told. And I think that it will move people, educate them on the battle we are fighting to protect rural America and to protect personal property rights and really that we need everybody engaged to make sure that we are letting our kids and grandkids have a future in rural America.

So, I know as Governor and Larry as Lt. Governor this is something that we battle every day is for fairness....for us being here tonight, I think firmed our resolve to be engaged in this battle. "

The Stand at Paxton County is about a U.S. Army combat medic, Janna Connelly, who is summoned home to help her estranged father after he suffers a heart attack. She discovers their once-pristine ranch now in disrepair and a local Sheriff with nefarious ties targeting local ranchers’ livestock. Janna now finds herself waging war against corrupt political forces. Inspired by the true events of Gary Dassinger, a Dickinson, ND rancher, and his 2017 fight to save his horses from government seizure.

You can read more about the Dassinger family case on the Protect The Harvest website under the tab "Initiatives".

The Stand at Paxton County is available on Netflix. Please note that the movie is rated R and viewer discretion is advised.