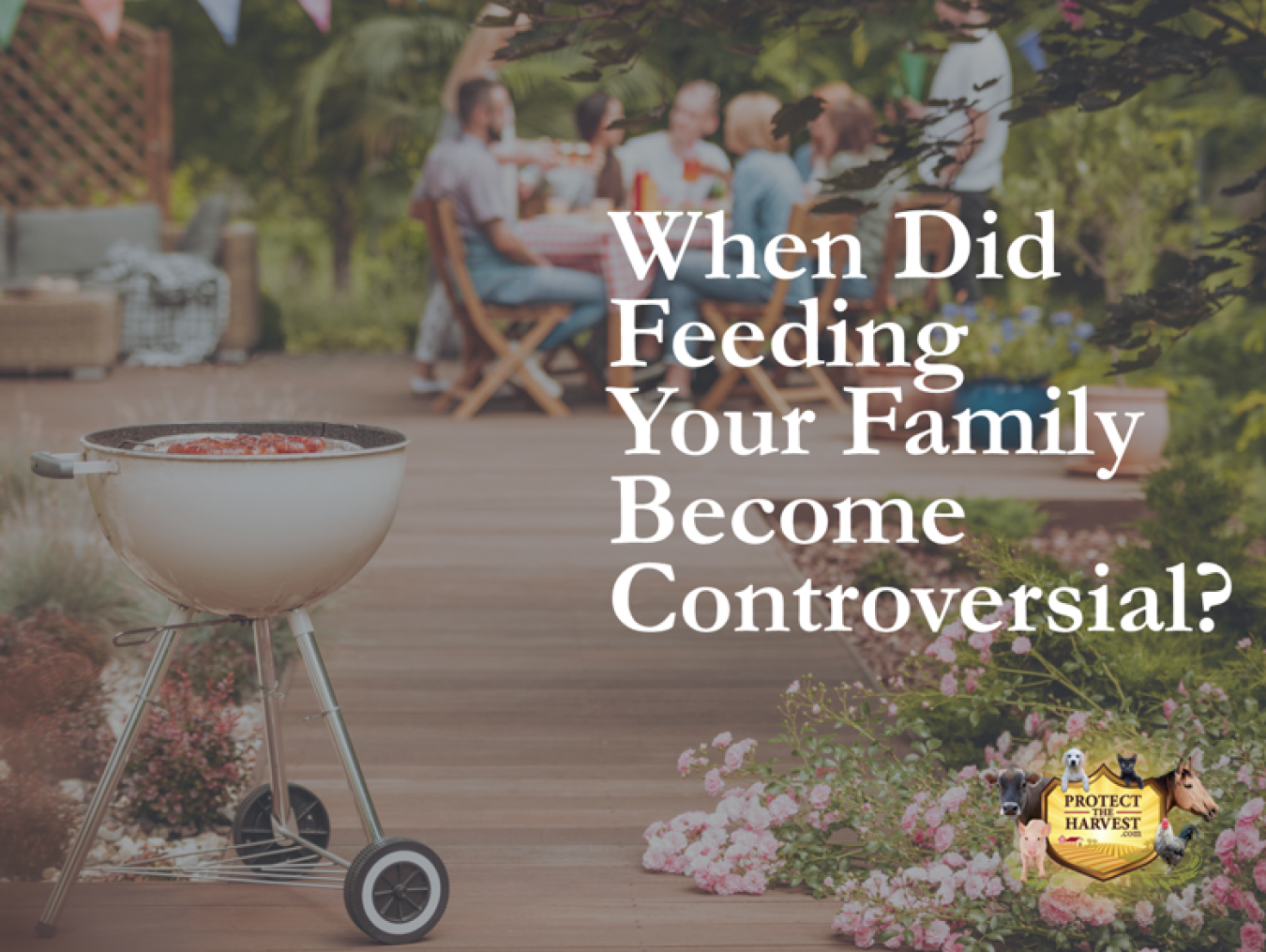 WHEN DID FEEDING YOUR FAMILY BECOME CONTROVERSIAL

Imagine a world where providing nutritious food for your family is looked down upon and considered a societal sin.

Imagine a world where that nutritious food has been regulated almost out of existence and is no longer available to anyone except the very wealthy.

That world is no longer that hard to imagine.

Each year more ordinances, laws, and regulations are put into effect that change how we can raise animals used for food.

Even though many of these changes don’t provide better animal welfare, they are still put into place as a way for people to feel like they are being “good” and making a difference.

That difference being made is the difference in whether people can afford to feed their families or not.

Those making these changes are often not affected by them.

Their families are shielded from the effects of raising the price of eggs a few dollars a dozen.

Those not shielded are the ones who rely on large-scale animal agriculture to provide affordable, safe, and nutritious food while they are on a budget.

America has been blessed with wealth and prosperity, but we still have a large population of people that live paycheck to paycheck or on a fixed income due to circumstances out of their control.

Some people say that Protect The Harvest is controversial.

We speak the truth, and it offends those who don’t agree with us.

Our question is: When did feeding your family become controversial?

When did our country stop helping those who need it most?

When did we decide that an animal deserved a better life than the citizens of our country?

We have an obligation to feed our nation.

We do not have an obligation to let our food animals roam wild and free just because a handful of people say it makes them feel better.

That’s what makes us human and not animals, the ability to do what is best for our fellow man, not what makes us feel better in the moment.

If you are interested in learning more, check out our "What You Need to Know" and "About" menus on our website.