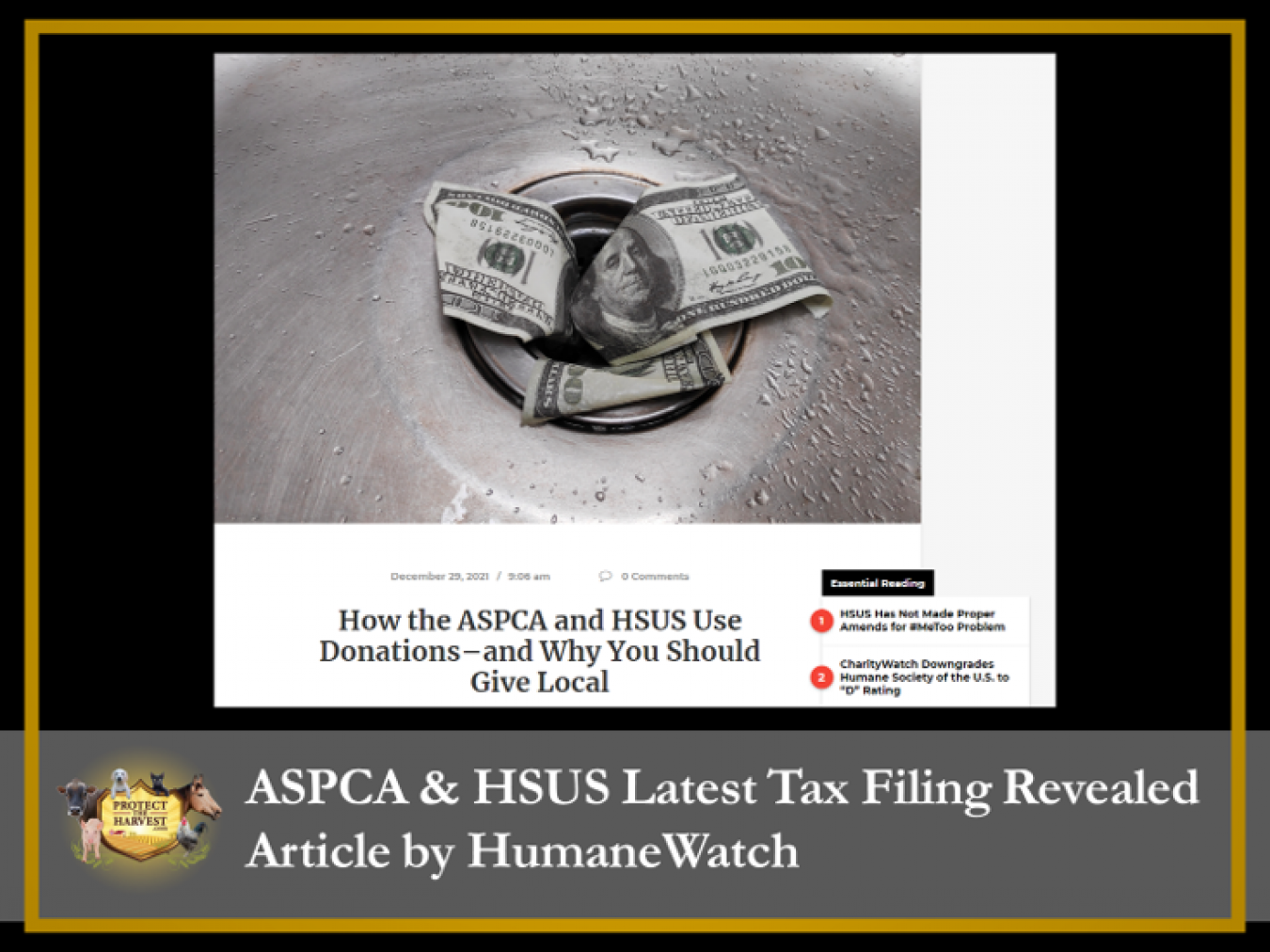 WHERE HSUS AND ASPCA DONATIONS GO

To whom much is given, much is expected. And collectively, the ASPCA and Humane Society of the United States raise over $400 million a year in the name of helping animals.

Using the latest tax filings and other sources, here’s how each group spends donations.

Humane Society of the United States

Neither group is a good steward of donations. And this doesn’t even factor in the occasional incident such as the ASPCA and HSUS paying millions to settle a fraud lawsuit or 20 dogs dying in the custody of the ASPCA.

If you care about animals, give somewhere else. People who give to HSUS or ASPCA may intend their money to go to their community. We recommend checking out your local shelter.