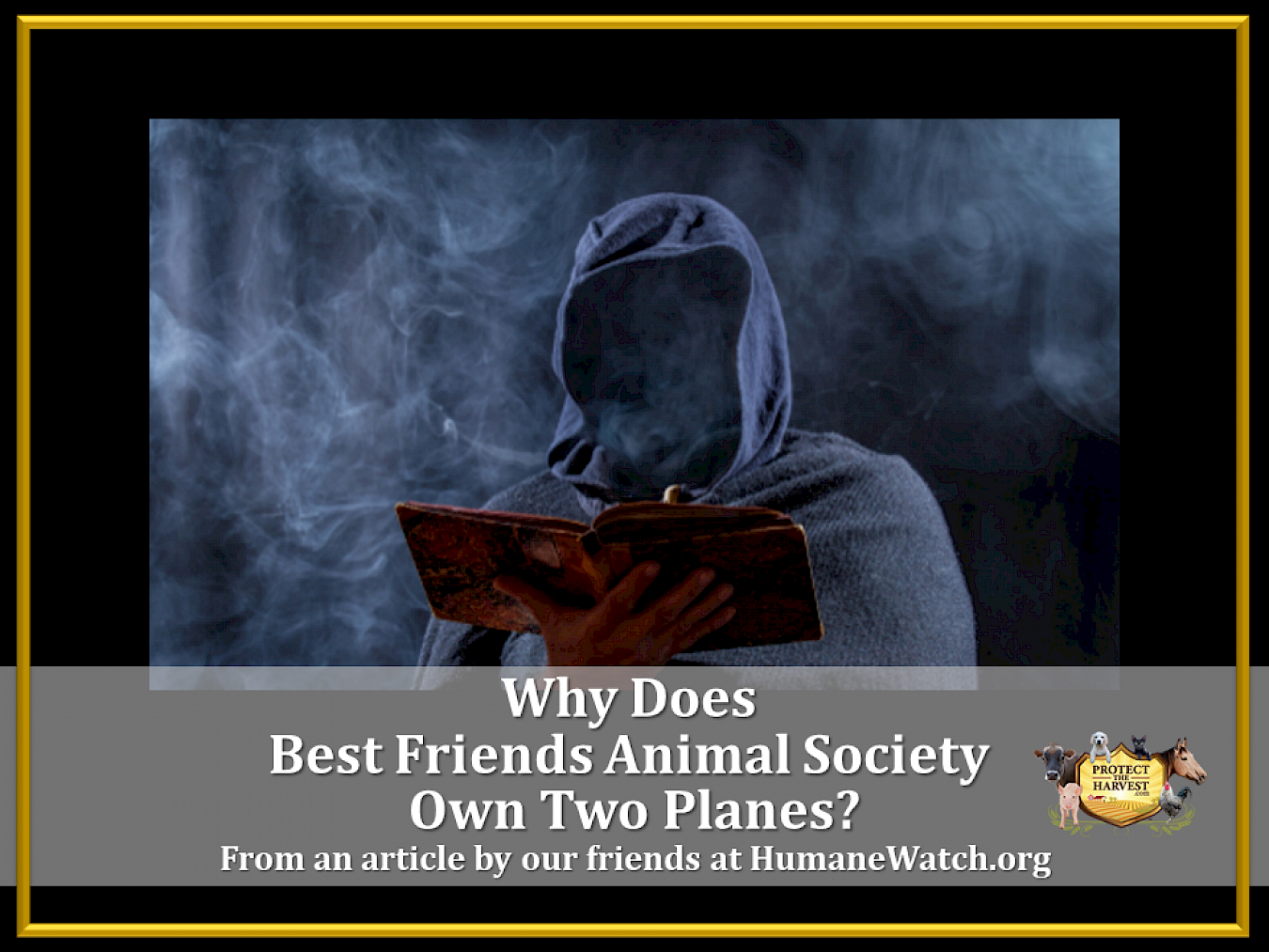 WHY DOES BEST FRIENDS ANIMAL SOCIETY OWN TWO PLANES?

From an article by our friends at HumaneWatch.org dated May 28, 2019

We’ve written plenty about the D-rated Humane Society of the United States, which wastes donor money by the millions—shortchanging the very animals it claims to represent. Readers are wondering: Is Best Friends Animal Society any better? We decided to take a look into its finances.

In general, Best Friends spends money better than HSUS or the (C-rated) ASPCA. But there are several items of concern in its most recent (2016-17) tax return:

• Best Friends admits on its tax return that it owns two private planes, which are used to charter air travel for its employees. Why do nonprofit employees need private planes? Best Friends says it also uses the planes for animal rescue, but doesn’t include an accounting of how much airtime is used for rescue versus ferrying around its executives and other staffers.

• Nepotism appears alive and well at Best Friends. Its tax return shows six employees who are related to board members or executives. BFAS employs the board chair’s wife, son, and daughter in law. The total compensation for these individuals is close to $600,000.

• This also creates conflicts of interest. For instance, Best Friends’ then-CDMO Julie Castle was married to the board chair/CEO Gregory Castle. Julie Castle has since been elevated to CEO, and her husband is still on the board. Since she reports to the board, there’s an obvious conflict.

• Additionally, some board members receive significant compensation. Board chair Francis Battista received about $150,000 in compensation, but it’s not clear that he had any employee role at the organization. The National Council of Nonprofits states: “Charities should generally not compensate persons for service on the board of directors except to reimburse direct expenses of such service.”

• Several fundraising campaigns cost (in aggregate) about $600,000—yet did not raise a single penny for Best Friends.

• Of the $91 million BFAS spent, about half was spent on salaries, benefits, and pension plans.

Best Friends is based in Kanab, Utah—the middle of nowhere, and extremely isolated. That choice seems to be on purpose—and here is where the Best Friends story really gets weird.

After being excommunicated, they gathered members throughout London and went on a 10-year journey building a cultish church. They set up additional locations in Germany, Mexico, and all over the United States. They even set up a magazine that once published an essay by Charles Manson in an issue titled Death. The original church members even had matching outfits, sporting all black capes and turtlenecks paired with shiny silver crosses.

A rift led to a split in the organization, with some starting the Foundation Church of the Millennium. The new iteration of this organization cleaned up its act, removing references of Satan and instead focused on the second coming of Jesus.

Several decades later in 1993, the group decided to ditch the references to being a spiritual community entirely. The remaining Foundation Church members reorganized themselves as Best Friends Animal Sanctuary (later changing Sanctuary to Society).

Today, Best Friends runs a shelter in Utah and promotes the “no kill” philosophy, and has been critical of PETA killing pets—all good things.

But the structure of the organization raises lots of questions, and its positions can be extreme. For instance, Best Friends states it will never partner with zoos. Why not? Many zoos do a tremendous amount for the conservation of animals. Blind opposition to working with others is a sign of radical ideology, not intelligent policy.