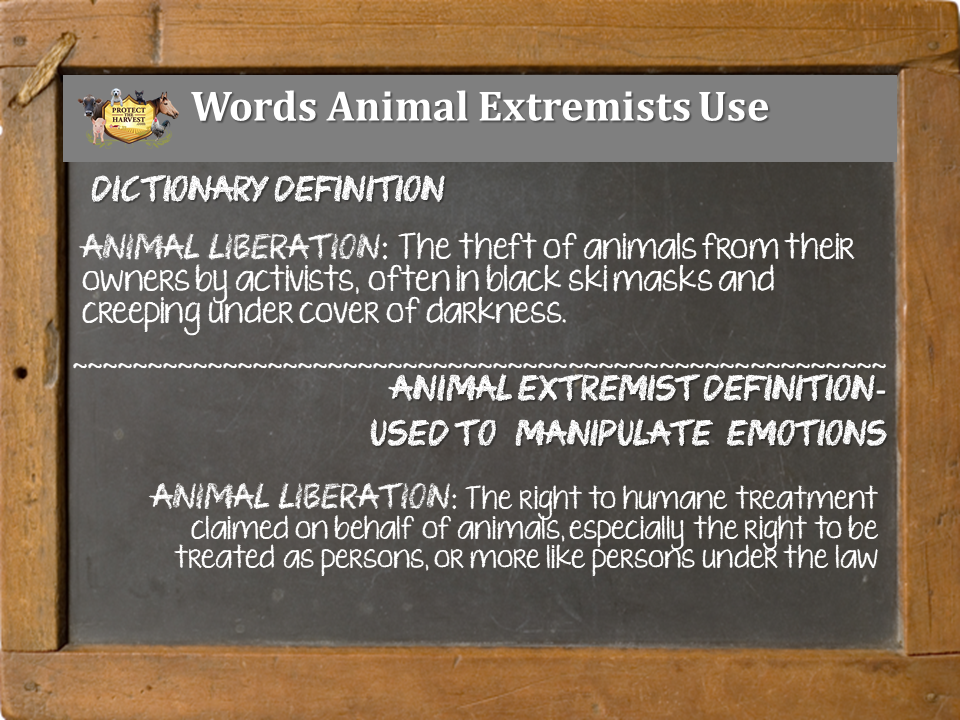 Animal Liberation: The theft of animals from their owners by activists, often in black ski masks and creeping under cover of darkness. In many cases, “liberation” is a euphemism for “elimination,” as domesticated animals are often trampled, eaten, starved, or suffer from extreme temperatures as a result of releasing them into the wild.

Animal extremists believe that animals should not be owned by humans, that all human-animal bonds should be severed, and that all animals should be liberated. The group Direct Action Everywhere (DxE) has even convinced the city of Berkeley, CA to pass a resolution stating that the “right to rescue” (their term for stealing another’s animals) is acceptable. The group has repeatedly conducted mass invasions of farms and have broken into biosecure facilities to “rescue” livestock. Their actions often subject the livestock they have “liberated” to death because of improper care, something no farm owner would do.