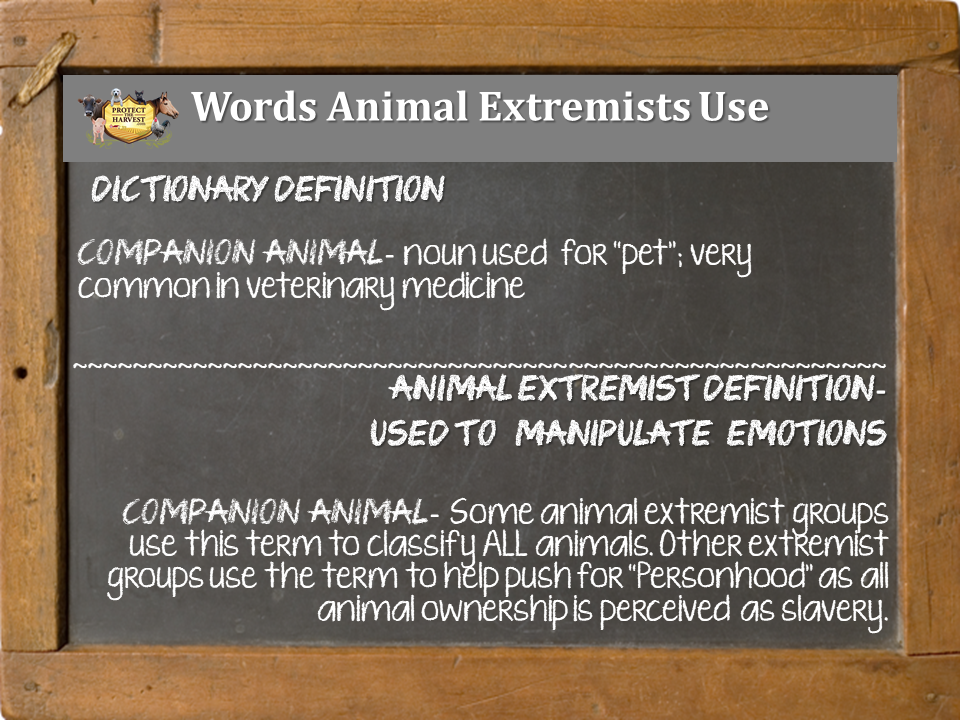 Companion Animal: This is a term which has been hijacked from the veterinary medicine lexicon. It has been previously used to separately identify livestock from pets. Animal extremists have determined that they can manipulate public emotions by referring to all animals as “companions.” They have pushed for the term “companion animal” to replace the term “pet.” They now consider the term “pet” as demeaning to an animal, whereas “companion” suggests the animal is now equal to the owner.

Using this term is another step animal extremist groups are using to convince lawmakers to grant animals additional rights.

The American Society for the Prevention of Cruelty to Animals (ASPCA) has even published a position statement regarding their definition of a companion animal. The ASPCA believes that companion animals should be domesticated or domestic-bred animals whose physical, emotional, behavioral, and social needs can be readily met as companions in the home, or in close daily relationship with humans. They go so far as to define what is a companion animal which include the following species:

They further designate that “where they can be kept legally and responsibly,” domestic-bred farm animals can also be maintained as companions. The only animals they appear to be opposed to are wild animals and wild/domestic hybrids.