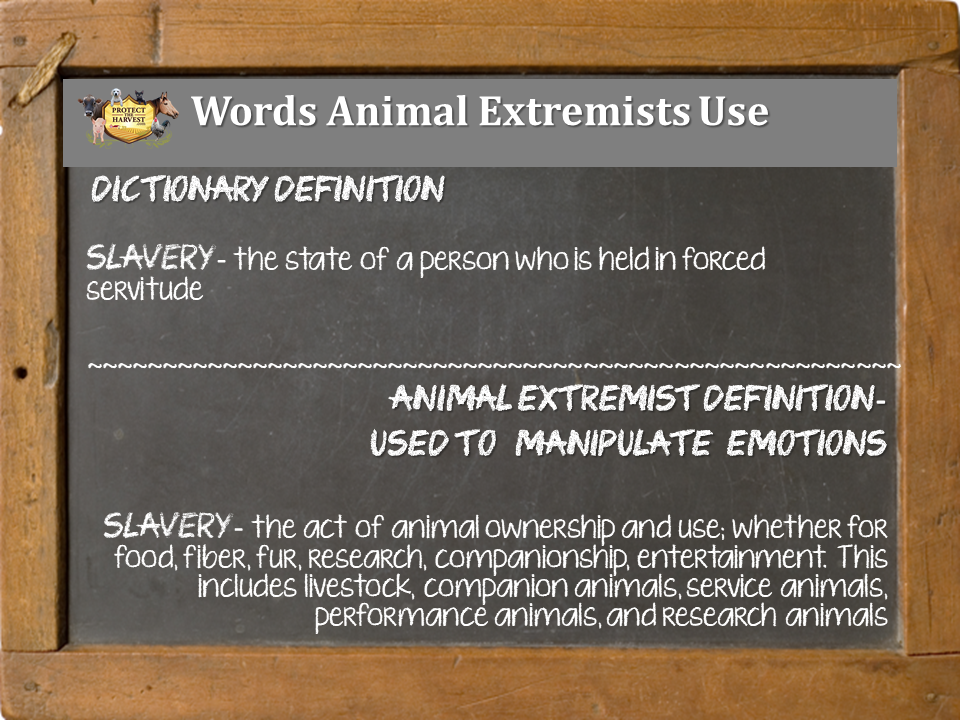 Slavery: According to Merriam Webster dictionary, slavery is the state of a person who is held in forced servitude. There are many forms of slavery, including caste slavery, tribal slavery, indentured servitude, but those all deal with human beings, so they aren’t important in the eyes of the animal extremist. Slavery has been a part of civilization since it first began, and most forms of slavery are abhorrent to the rational human. This is why animal extremists use this word in their lexicon.

According to their definition, slavery is the act of animal ownership and use; whether for food, fiber, fur, research, companionship, entertainment. This includes livestock, companion animals, service animals, performance animals, and research animals. In other words, ALL animals. No ifs, ands, or buts.

If animal extremists get their way, this means no more livestock for food, to use to plow fields and harvest crops, no FFA or 4H livestock shows, no horses for work or pleasure, no service animals, no military dogs, and no hunting dogs. Sound extreme? It is already happening incrementally. They have all but ended the circus and greyhound racing. Now they are actively trying to stop horse racing, pony rides, and use of animals for pleasure.