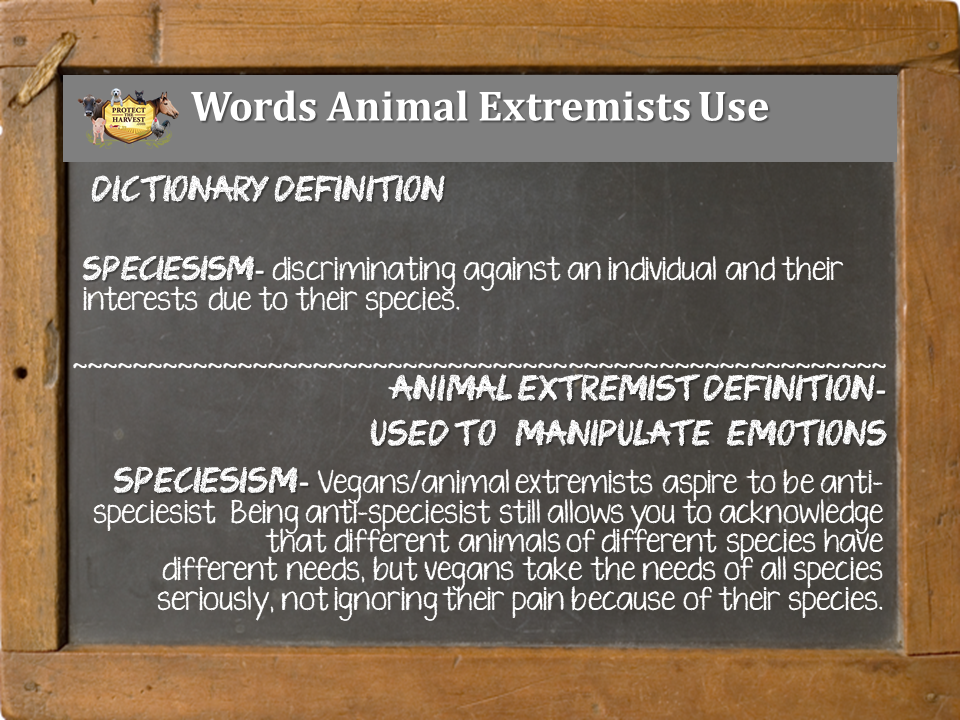 Speciesism: The definition of speciesism is the act of discriminating against an individual and their interests due to their species. By its very definition, a human can’t be accused of speciesism against another human, however, that is not what is in the minds of those who use the word.

“Vegan/animal extremists aspire to be anti-speciesist. Being anti-speciesist still allows one to acknowledge that different animals of different species have different needs, however they take the needs of all species seriously, not ignoring their pain because of their species.”

Wrap your head around that for a moment. Do animals prefer certain species over others? Does your dog prefer to chase rabbits or cats? If they chase a rabbit, are they then discriminating against the cat due to its species? Does your cat like all garden creatures to eat or play with? Do they like lizards or insects best? Mice or birds? Is your cat a speciesist? Is your dog a speciesist because it likes people rather than other animals? Can your dog, cat, horse, cow or other animal actually be speciesist? Are they sentient enough to even understand what the animal extremist is talking about?