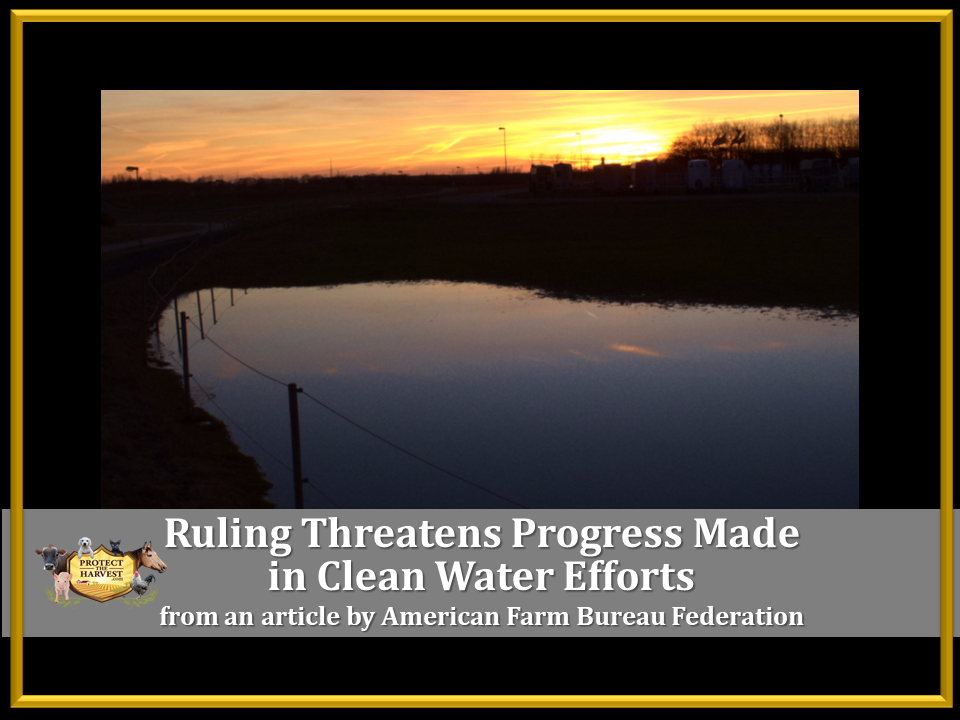 “AFBF is extremely disappointed in the ruling to vacate the Navigable Waters Protection Rule. Farmers finally had environmentally responsible regulations that brought clarity to clean water efforts. This ruling casts uncertainty over farmers and ranchers across the country and threatens the progress they’ve made to responsibly manage water and natural resources.

“Three courts have previously refused to dismantle the NWPR, including last month when a federal court in South Carolina refused a similar request from plaintiff groups. Unfortunately, this Arizona court simply accepted the plaintiffs’ assertions as true and did something that no other court has done in vacating the NWPR.

“We are reviewing the ruling to determine our next course of action. Farmers and ranchers deserve consistency and a rule that is fair and doesn’t require a team of attorneys to interpret.”