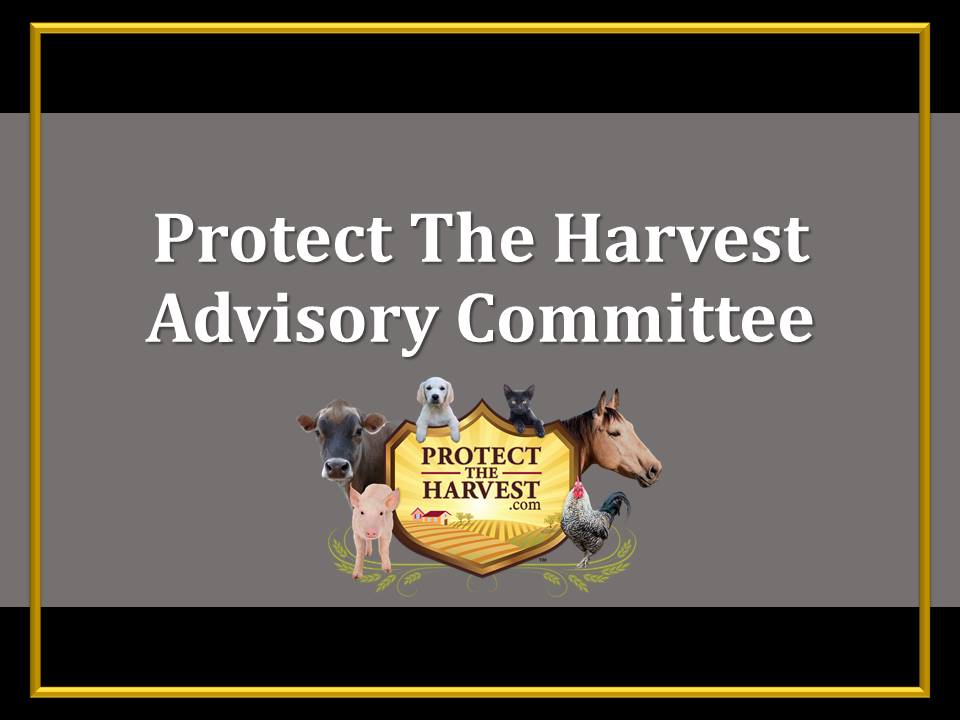 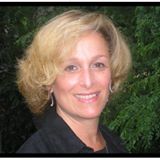 Nancy E. Halpern is a partner, registered patent attorney,founder and chair of the Animal Law Practice Group at Fox Rothschild LLP, and former chair of the Animal Law Practice Committee of the New Jersey State Bar Association. She is also an adjunct professor at Seton Hall Law where she teaches Animal Law. Previously working as a licensed veterinarian in New Jersey, she has served as director of the Division of Animal Health for the New Jersey Department of Agriculture and New Jersey's state veterinarian, and served on the State Board of Veterinary Medicine Examiners (SBVME) for nearly a decade. In these posts, she was responsible for the state’s emergency response regarding animal care concerns in the event of natural or man-made disasters; supervision of the sole animal health diagnostic laboratory in New Jersey; and implementation of regulatory and statutory provisions governing animal care, well-being and safety, as well as animal disease surveillance and control. 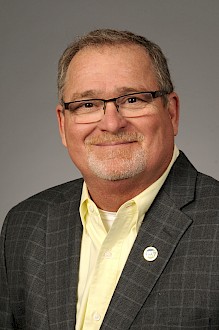 Dallas Hockman has a long history in agricultural business, both domestic and internationally. He has an extensive background in the area of sales, marketing, product development, brand management, business management, and public relations. Dallas is the Vice President of Industry Relations for the National Pork Producers Council. In his current role he is responsible for enhancing relationships with retailers, foodservice, and food manufactures with the pork supply chain. He serves as spokesman for Industry Issues to the food chain and leads the Crisis Management and Response for the food chain.

Previous to NPPC, Dallas was Vice President of Demand Enhancement for the National Pork Board, responsible for the National Pork Board’s product marketing programs worldwide. Prior to joining National Pork Board, Dallas held marketing and management positions for Cargill and Purina Mills. Dallas has served on several agriculture association boards, advisory panels, and task forces. He currently serves on the Executive Committee Board of Directors of the Animal Ag Alliance. A native of Missouri, Mr. Hockman earned bachelors and master’s degrees in animal science from the University of Missouri. 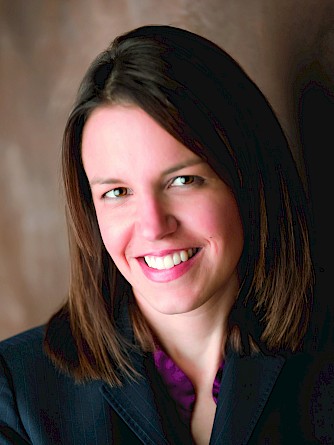 Michelle Pardo is a partner in the Washington, DC office of the national law firm Duane Morris LLP where she heads the Animal Law practice and co-chairs the Fashion, Retail and Consumer Branded Products industry group.

Michelle has dedicated her legal practice to representing businesses and institutions that feature or utilize animals or animal products and has obtained a national profile in the areas of animal law and defending against animal rights litigation. She has been involved in judicial, administrative (including the USDA, FWS and FTC) and legislative disputes with most of the major animal rights organizations for nearly 20 years. 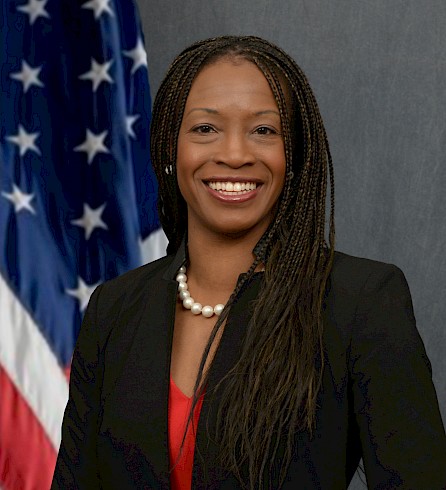 Ms. Aurelia Skipwith is a scientist-attorney with expertise in the areas of agriculture, natural resources, and wildlife.

She was confirmed by the United States Senate as the 22nd Director of the U.S. Fish and Wildlife Service and was responsible for the federal management of fish, wildlife, plants, and their natural habitats. She managed over 8,500 employees and 850 million acres of land and water.

Her career spans multiple industry sectors, including government, privately-held and Fortune 500 companies. She worked in the divisions of regulatory sciences, corporate affairs, product development for soil health and new crops, and block-chain technology for supply chains. As a businesswoman, biologist, and lawyer, she is a strong advocate for the use of science in the development of natural resources and preserving landowner rights, all while maintaining the integrity of the environment.

Skipwith was born and raised in Indianapolis, IN and graduated from the Indiana Academy for Science, Mathematics, and Humanities in Muncie, IN, earned a Bachelor’s Degree in Biology from Howard University, a Master’s Degree in Molecular Genetics from Purdue University, and a Juris Doctor from the University of Kentucky College of Law. 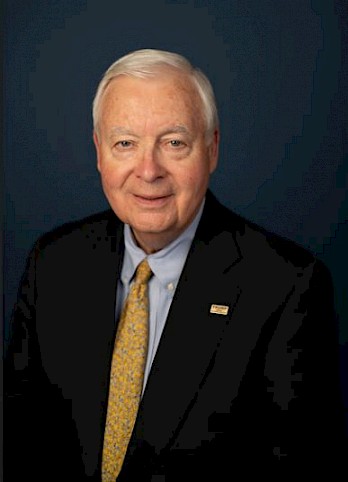 Gary Baise was born and raised on his family's farm in Jacksonville, Illinois. He has combined agricultural, economic, and leadership activities with a strong professional interest in the emerging world of environmental regulatory matters. He graduated from the Western Illinois University and received his law degree from Indiana University Robert H. McKinney School of Law.

Baise worked as the Director of the Office of Legislation at the EPA where he was responsible for its contributions to much of the clean water, noise, and pesticide legislation. During a subsequent two-year period (1973-74), Baise served in the U.S. Department of Justice, as the Associate Deputy Attorney General and as the Acting Deputy Attorney General. Following his service at the EPA and the Justice Department, Baise developed a nationally recognized practice focusing on defending farmers, agribusiness, and other entities who would be subjected to increasing regulatory thrusts.

Currently, Baise is a principal at Olsson Frank Weeda Terman Matz PC in Washington, DC where he is the co-head of litigation. There he specializes in Clean Water Act (CWA), Clean Air Act (CAA), National Environmental Policy Act (NEPA), Federal Insecticide, Fungicide, and Rodenticide Act (FIFRA), and Solid Waste Disposal Act (SWDA) litigation as well as agricultural corporate governance issues. He is also a coordinator on the Trump Agricultural and Rural Advisory Committee. 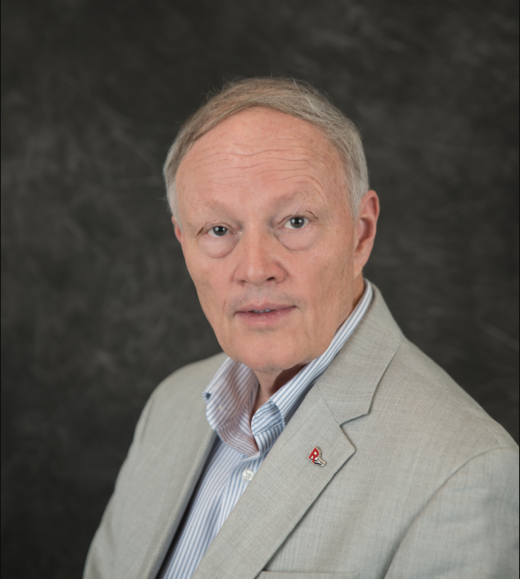 Alan B. Smith is co-founder, Midwest director and a senior fellow for the R Street Institute. He is a Senior Fellow of the Heartland Institute.
Before joining R Street in June 2012, Smith served as executive director of the American Legislative Exchange Council, the nation’s largest individual membership association of state legislators. Smith was also an active representative of a member company for more than two decades and was a former member of ALEC’s Private Enterprise Board and its Executive Committee.

Smith served as executive director and director of national government relations at the Zoological Association of America between 2015 and 2020. During his career in corporate public affairs, Smith managed a public affairs staff at a national trade association of consumer products manufacturers and suppliers, as well as at two insurance company groups. He has attended National Conference of State Legislatures meetings since that group’s inception, and served two terms on the Strategic Planning Committee of the Council of State Governments.

Smith chaired the Property Casualty Committee of the Insurance Federation of Pennsylvania and served two terms as chairman of the Insurance Institute of Kentucky. He also served as president and a long-time board member of the State Government Affairs Council, a Washington, D.C.-based national organization of public affairs professionals. Smith has personally lobbied in more than half of the American states since 1978.

In Ohio, Smith investigated securities fraud as head of the enforcement section of the Ohio Division of Securities, and for three years served as chief counsel to the minority leader in the Ohio House of Representatives. He served as special agent of the Federal Bureau of Investigation from 1969-1974, mostly investigating violations of federal criminal law in New York City and New York state.

Smith earned a bachelor of arts in politics and government from Ohio Wesleyan University and a law degree from Ohio State University College of Law. He has worked on political campaigns at every level of American government, from presidential, congressional and gubernatorial campaigns to state supreme court and school board races. 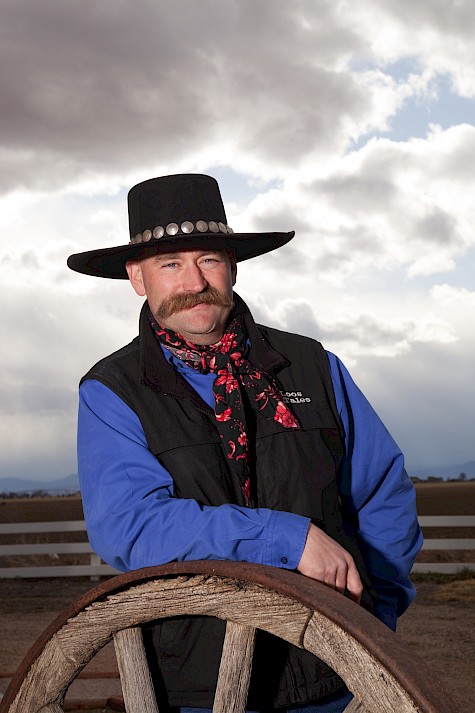 Trent Loos officially joined the Protect The Harvest Advisory Committee in May 2021. Prior to his official recognition as a member of our Advisory Committee, Trent has been an unofficial partner and advisor since the inception of Protect The Harvest, working together with us on various initiatives and projects and sharing information we believe is critical for the American public to know.

Raised on a diversified farm near Quincy, IL, Trent got his start in swine production with a runt pig when he was five. He and his family now live on a farm in Central Nebraska and raise show pigs, beef cattle, ranch horses, and butcher hogs that are sold nationwide. Trent earned an American Farmer Degree in FFA and has won numerous awards at state and national swine shows. Trent is an advisory board member for the Team Purebred junior swine association and active in local 4-H, FFA and youth leadership programs.

To share the positive story of production agriculture has been the mission of Trent Loos since he walked into a radio station in Spearfish, SD in 2000 and asked to have his own program. That dream of this sixth generation United States farmer, often touted as an agricultural activist, came true on January 8, 2001 when “Loos Tales” aired on radio station KMZU in Missouri. Today, 3 million listeners on nearly 100 radio stations in 19 states hear the show every day, along with online listeners worldwide. In addition to “Loos Tales”, Trent hosts and produces “Rural Route,” and “Dakota Trails and Tales” which are available on numerous radio outlets at his website www.LoosTales.com. “Loos from the Hip” is his daily video blog posted on Facebook and YouTube. Trent has shared his message in 48 different states, Japan, Australia, Ireland, and Canada with great enthusiasm for an industry he truly believes in. He encourages producers to stand up and proudly tell consumers about life on their family farming operations.

In 2008, Trent was recognized by West Quest as the “Voice of Rural America.” His Loos Tales columns are printed weekly in the High Plains Journal and reprinted in countless other publications. He enjoys volunteering to support our troops with the All-American Beef Battalion. Trent served on the Agriculture Advisory Committee for President Donald Trump.