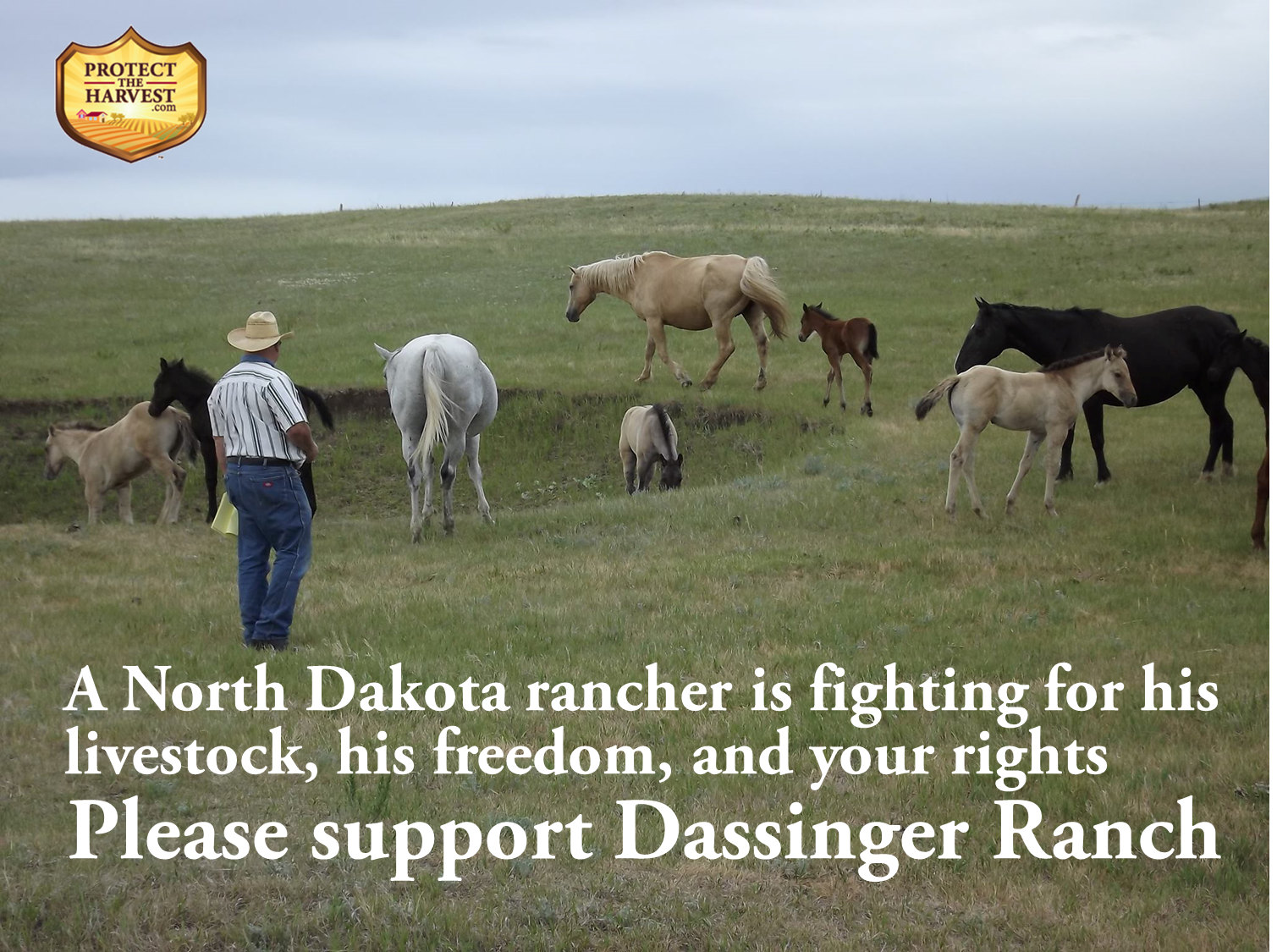 North Dakota rancher, Gary Dassinger has been raising American Quarter Horses for over 40 years and his family has been ranching in the area for three generations. Due to an out of state report, the unethical behavior of a veterinarian, and an overzealous Sheriff, Gary Dassinger faced the seizure and sale of his livestock, criminal charges and 20 years in prison for what essentially amounted to false claims.

Here is a high-level overview of the history of Gary’s case:

For a more in-depth look into Dassigner’s story, click here to read this article. 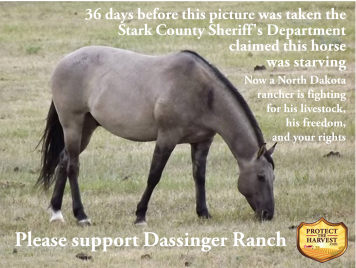 With the help of his daughter Missy, a Major in the Airforce stationed in Japan, Protect The Harvest, and many others, Gary successfully fought to keep his livestock and his 40-year breeding program. However, it was not without great personal sacrifice both emotionally and financially.

What happened to Dassinger is almost identical to other cases executed by the HSUS. The result of Gary Dassinger’s legal fight is a strong lesson to farmers, ranchers, and animal owners in North Dakota and around the whole country.

For more information about the Dassinger Ranch and Open Field Doctrine that allowed this injustice to take place, follow these links: