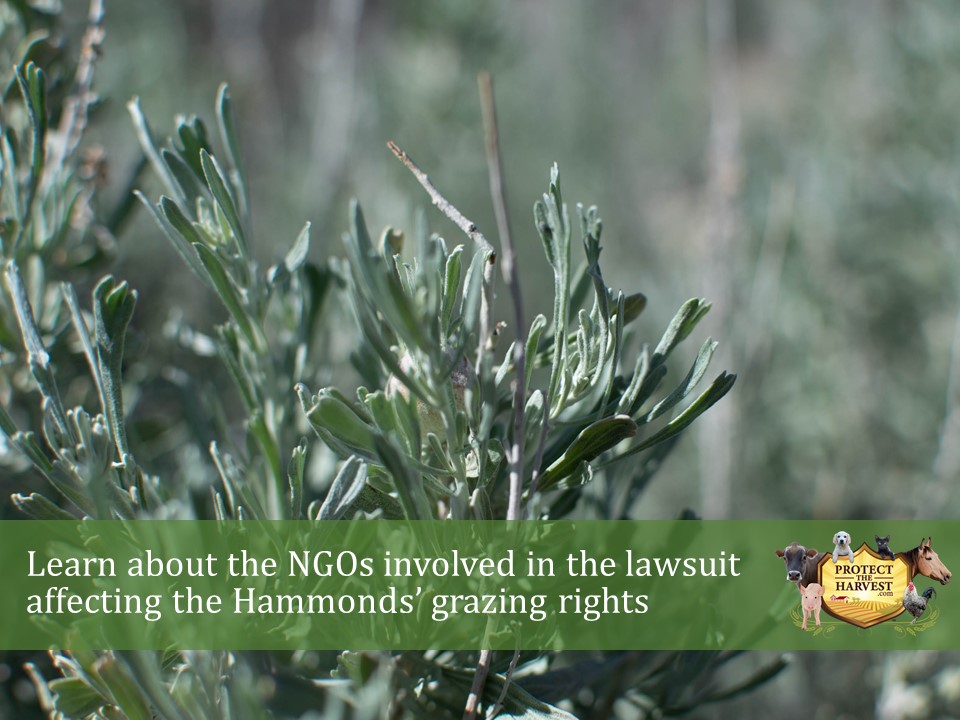 As we shared in early June, three environmentalist NGOs (Western Watersheds Project, Center for Biological Diversity, and WildEarth Guardians) filed a lawsuit against the government to overturn the reinstatement of the Hammond family’s grazing permits. Former Secretary of the Interior, Ryan Zinke, had reissued the permits following President Trump’s pardon of Dwight and Steve Hammond.

Shortly after filing the lawsuit to prevent the Hammond family from utilizing their grazing rights, the plaintiffs also filed for, and were granted, a temporary restraining order (TRO) against the Hammonds turning their cattle out. The purpose of the TRO is to immediately prevent use of the grazing rights, since a decision on the lawsuit could easily be months away. The groups have also filed for a preliminary injunction to further ensure that the Hammonds are not allowed to graze their cattle while the lawsuit is being settled. These legal actions stem mainly from the NGOs’ claim that sage grouse and redband trout would be harmed by allowing grazing on the Hammond allotments.

U.S. District Judge Michael Simon granted the TRO on June 5th, keeping the Hammonds’ cattle off of their range for 28 days. The TRO was originally set to expire on July 2 but was extended through July 17. In order for the preliminary injunction to be granted, the plaintiffs must prove that allowing grazing to resume would irreparably damage the sage grouse. The Oregon Farm Bureau and Harney County, Oregon have both filed briefs opposing an injunction because of harm to the rural economy and increased wildfire risk. The Hammond allotments have not been used in the last five years, resulting in an extreme overload of fine fuels that are a terrible fire hazard.

An attorney for the federal government had proposed a compromise in which the Hammonds would not use the Mud Creek allotment and reduce grazing utilization from 50% to 30% on the Hardie Summer allotment, but the plaintiffs would not agree to it, despite the fact that wildfire is recognized as the greatest threat to sage grouse. 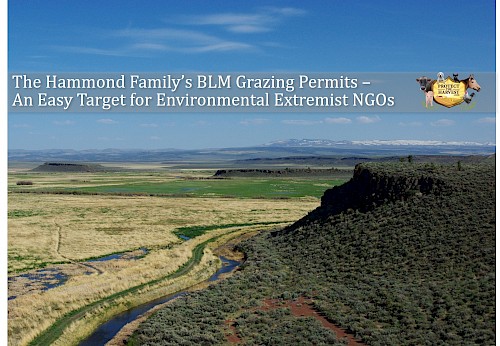 Three notoriously litigious environmental extremist NGOs have joined together in filing a lawsuit to prevent the renewal of four BLM grazing permits held for over 50 years by the Hammond family, near Burns, Oregon and the Malheur National Wildlife Refuge.