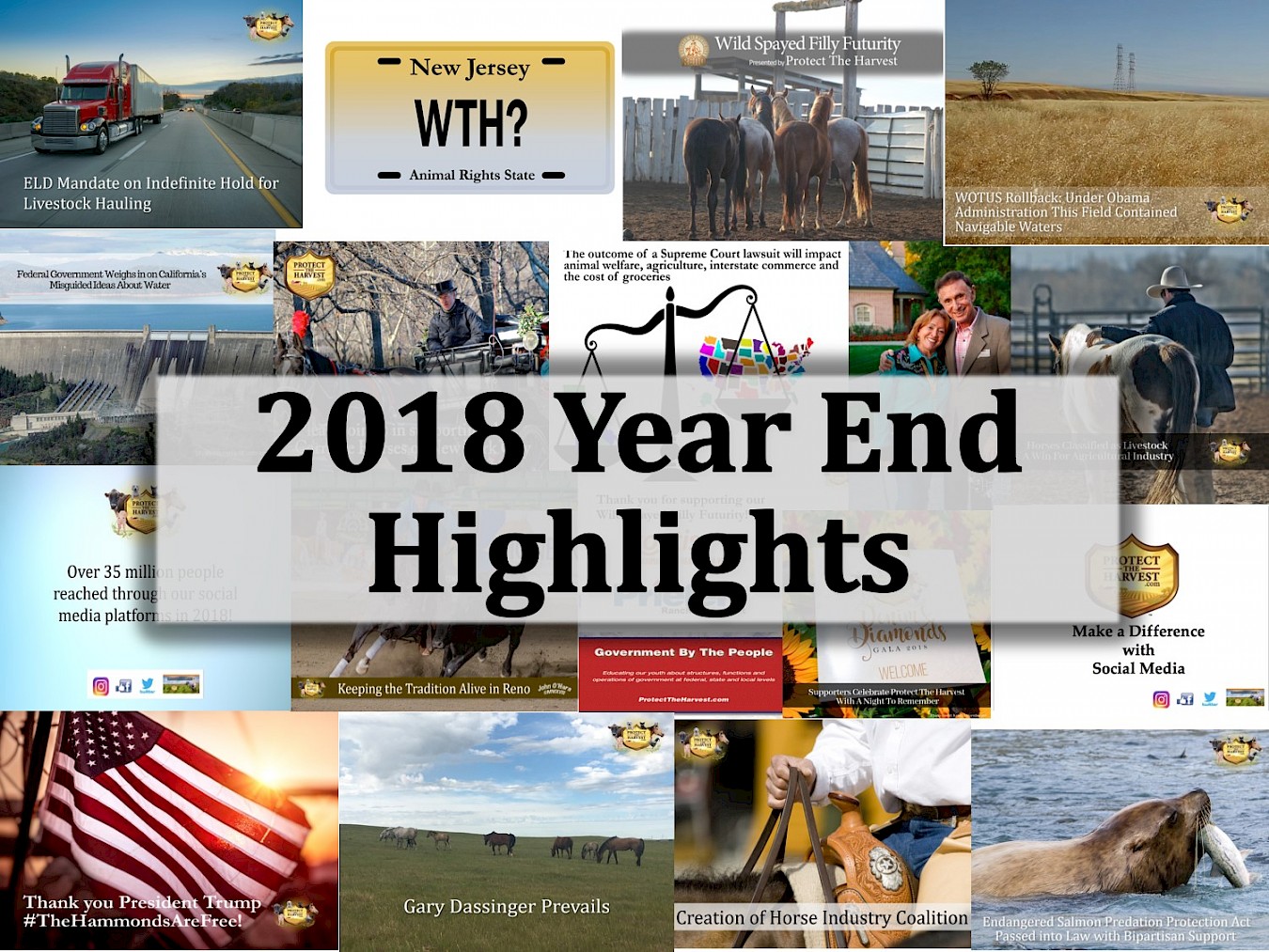 Protect The Harvest's 2018 Year End Highlights
We want to thank you all for your continued support throughout this year.
As an organization, and as a country, we have had many successes that we could not have done without you.
Together our voices are strong.

Some of our successful endeavors include:

The Hammonds Are Free 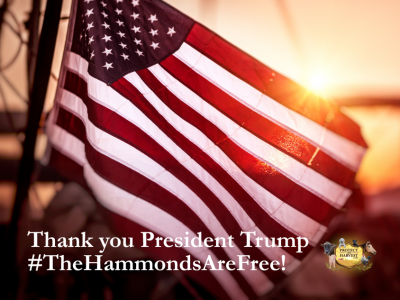 Protect The Harvest and all of the many Hammond family supporters are extremely thankful to President Trump for these pardons. We also want to thank Vice President Mike Pence, and Oregon Congressman Greg Walden as well as many others within President Trump’s administration that worked with us to help obtain the pardons for Dwight and Steven Hammond.

Thank you to everyone who helped to spread the word and contacted your New Jersey Representatives. During the hearing in February, the HSUS and their state affiliate, the NJ Humane Society, were removed from being the beneficiary of the sale of the proposed license plates.
This goes to show how important it is to show up and let your voices be heard. HSUS thought this was a drop in the bucket for them - they didn't even bother to show up. 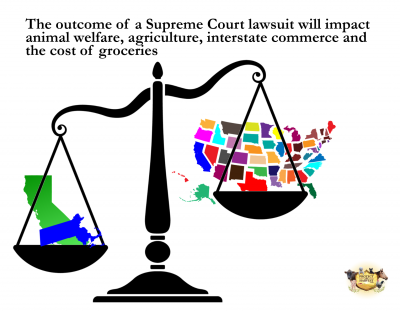 Protect The Harvest has been working for years to bring the far-reaching consequences of legislation like Prop 2 and Question 3 to light. Both regulate the products produced within the state and products shipped in from other states. We, along with 13 state attorney generals agree that this violates the interstate commerce clause of the Constitution.

In September, we had a successful inaugural Wild Spayed Filly Futurity! The intent of this program is to bring awareness to the animal welfare crisis on American rangelands. To do this we produced television episodes that were aired on RFD TV. These episodes received some of the highest Nielsen ratings for the network and are now available on YouTube. The final episode in the series is still currently in production. All 12 fillies returned to compete in their own division at the Reno Snaffle Bit Futurity. Beyond having one of the largest audiences in recent years at the Reno coliseum, the program also reached millions of people over the course of the year. Further proving the program was successful at bringing the public's attention to the animal welfare crisis on American rangelands. 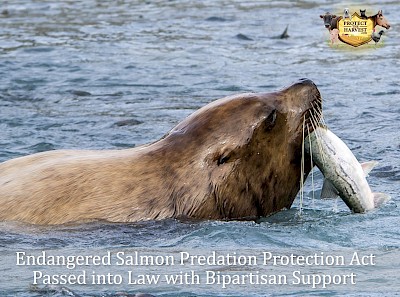 The Endangered Salmon Predation Protection Act, also known as S. 3119, was passed into law on Dec. 18th. This bipartisan bill, authored by U.S. Representatives Jamie Herrera Beutler (R- WA) and Kurt Schrader (D-OR), will allow for the legal taking of sea lions on the Columbia River and its tributaries to protect endangered and threatened species of salmon, sturgeon, orca, and other nonlisted fish species.
For these reasons, Protect The Harvest has been a steadfast supporter of this legislation since its beginning. We have done our part to educate the public of this issue and its implications, and we are so pleased to see that those efforts have helped push this bill through. 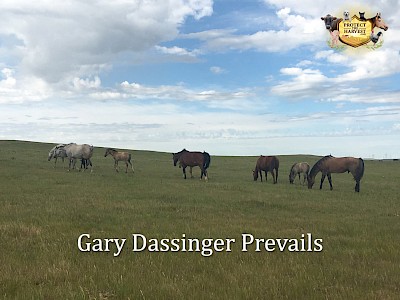 With the help of his daughter, Protect The Harvest, and many others, Gary successfully fought to keep his livestock and his 40 year breeding program. However, it was not without great personal sacrifice both emotionally and financially.
What happened to Dassinger is almost identical to other cases executed by the HSUS. The result of Gary Dassinger’s legal fight is a strong lesson to farmers, ranchers, and animal owners in North Dakota and around the whole country. 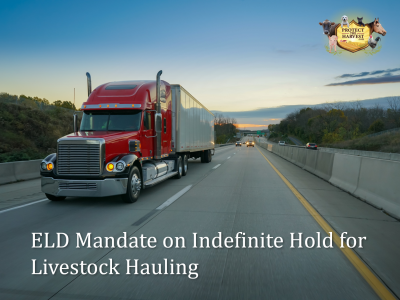 Earlier this year Protect The Harvest captured the nation's attention by sounding the alarm regarding the far reaching implications of the ELD Mandate. As a part of this we notified the leaders in the horse industry, major horse industry organizations, and stakeholders. Not only were the livestock requirements not clear, they were also not feasible for livestock haulers. We reached over 5 million people with our educational social media campaign!

The exemption for livestock haulers did not expire, as expected, on December 17th. Instead, it has been extended indefinitely.

We want to thank the coalition of organizations we partnered with for this endeavor. Together we have brought to light the significant burden and threat to animal welfare the ELD Mandate imposes. We also want to thank the Trump administration for recognizing this.

Beyond the success stories we have shared so far, we also want to mention successes for animal ownership and property rights. 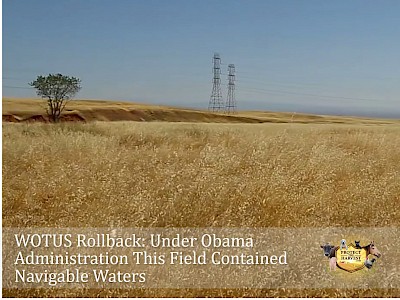 These include the Waters of the United States (WOTUS) being clarified. Early in December 2018, a rollback of the Obama-era rule was proposed by the Trump administration. This is great news for farmers and ranchers.

Wayne Pacelle and VP Paul Shapiro stepped down from the Humane Society of the United States this year after sexual misconduct allegations. 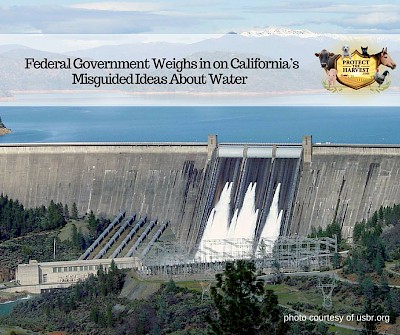 The Central Valley Water Project has been put on notice by the U.S. Bureau of Reclamation. The renegotiation of this 1986 agreement could redirect water back to San Joaquin Valley farmers. 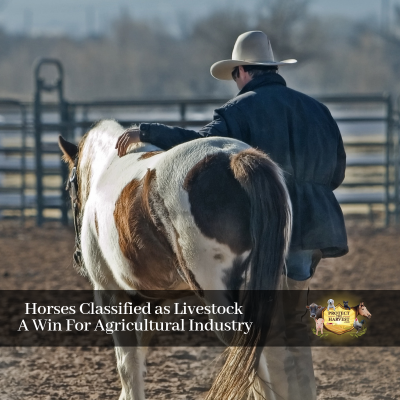 The Farm Bill passed through both chambers of Congress and was signed by President Donald Trump this month. Within its "Miscellaneous" title, horses were explicitly classified as livestock rather than pets. This definition allows horses to be used for business purposes and for farmers and ranchers as well as recreational horse owners to properly do their job and care for their animals, without the burdensome task of heavy regulations that do not have a practical application to horses and that could cripple the animal industry. 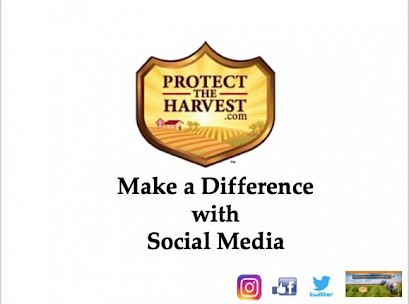 Social media is one of the most important ways to educate and inform the public. We are essentially in PR battle with the animal rights groups. For that reason, we created a social media volunteer package that helps people better understand how to utilize social platforms so they can help us help you. 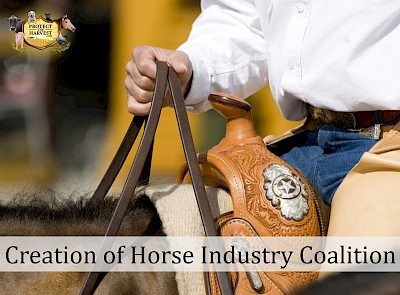 Protect The Harvest and several national horse organizations have started a coalition to educate the public of threats to the industry and act on behalf of their interests and well-being. By merging our collective followership and resources we will have the opportunity to protect the horse industry from NGO's that are working to eliminate it from our society. 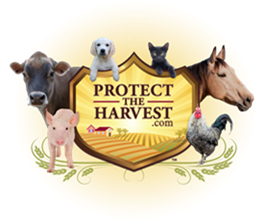 Our Communications team has been working to update and add important content to the new website. This new site will include news and updates regarding the current initiatives we are working on, what you need to know about threats to property rights, animal ownership, hunting and fishing, farming and ranching, our way of life, and most importantly who we are and what we stand for.

Our organization's mission is to Protect. Inform. Respond. We fulfill that mission by educating the public, daily, on the successes within and threats to animal agriculture and animal ownership. 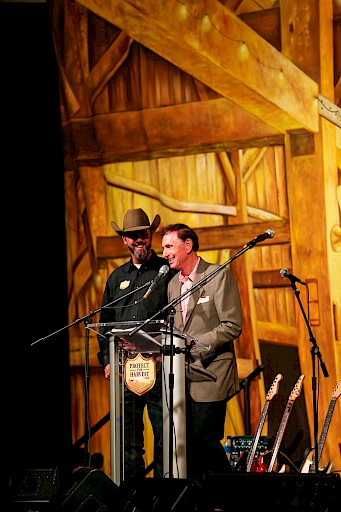 This year, we have had the opportunity to share our message with industry professionals, stakeholders and the public at several different speaking engagements and events. These presentations have spanned across the country and throughout the year. 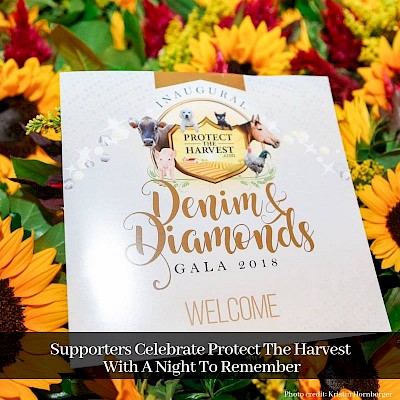 The Denim and Diamonds Fundraiser, presented by Forrest and Charlotte Lucas for Protect The Harvest, was held at the Lucas Estate in Carmel, Indiana on Saturday, September 22nd, 2018. This fundraising event was a huge success that brought together industry leaders and individuals from across the country to support our organization.

We want to thank all of the organizations we have had the opportunity to partner with this year, your continued support is appreciated.