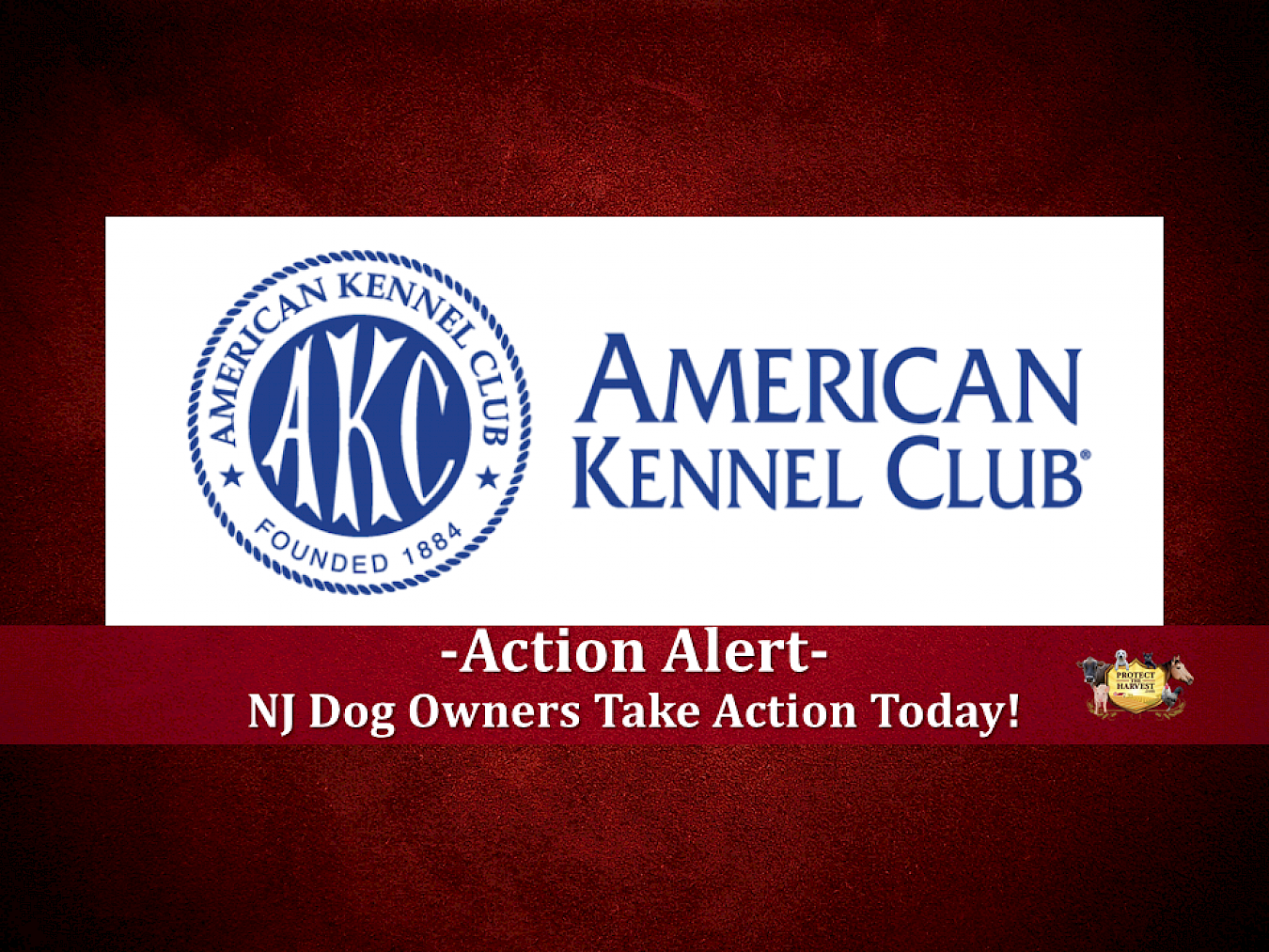 From Our Friends at the American Kennel Club:

New Jersey’s latest attempt at creating courtroom advocates for animals program, Assembly Bill 1965, has been scheduled for a hearing by the Assembly Judiciary Committee on Monday, February 14, 2022. Although the bill’s primary sponsor, Assemblyman Raj Mukherji, is also the chairman of the Judiciary Committee(likely ensuring the bill’s approval), it is imperative that all concerned New Jersey dog owners contact the committee and respectfully urge it to not approve A.1965 as currently written.

Purportedly based on a novel 2016 Connecticut law, A.1965 is a reintroduction of legislation considered during the 2020-2021 legislative session. However, A.1965 is significantly different from that Connecticut law, and represents a much more radical threat to animal ownership principles.

First, Connecticut law explicitly describes dogs as the personal property of their owners. New Jersey law does not feature a similar explicit declaration. AKC has repeatedly requested a similar amendment be added to New Jersey’s “lawyers for dogs” bills, but sponsors and the organizations pushing for the legislation have refused.

Second, Connecticut’s law allows an advocate only in cases involving dogs and cats. A.1965 would apply to all animals, therefore making it much more expansive.
Third, unlike Connecticut’s law, A.1965 features legislative findings that justify providing to animals certain policy protections and considerations traditionally reserved for humans.

AKC Opposes A.1965 as Currently Written

Of course, the American Kennel Club (AKC) strongly supports condemnations of animal cruelty, but we believe that much of the legislative findings in A.1965 is an explicit attempt to undermine the traditional legal classification of animals as property and to limit the rights of animal owners.

Moreover, the creation of court-appointed animal advocates is likely to result in legal and pragmatic issues regarding who is responsible for an animal, and will ultimately impact the ability of dog owners to freely choose the most appropriate course of care and treatment for their pets.

For these reasons, AKC strongly opposes A.1965 as currently written. We believe A.1965 must be amended to remove the problematic findings in section 1 of the bill, and explicitly state in section 2 that the bill shall not impact the legal classification of animals as property.

For more background on this important issue, check out AKC’s Legal Status of Animals page in the Legislative Action Center.

New Jersey residents are strongly encouraged to do the following:

AKC Government Relations (GR) will continue to provide updates on A.1965 and other pending New Jersey legislation as developments warrant. For more information, contact AKC GR at doglaw@akc.org.