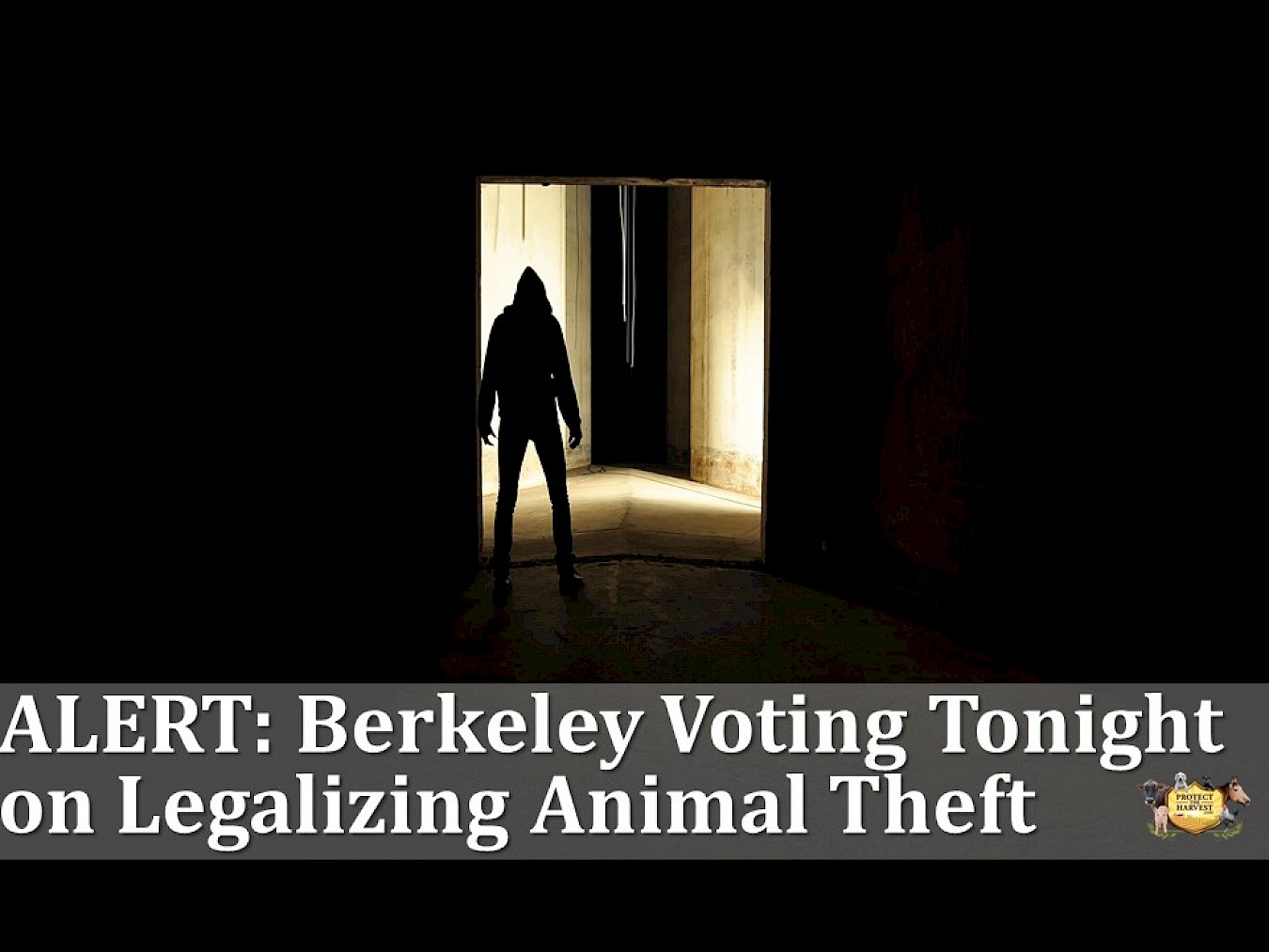 Trespassing and Theft of Animals

Tonight, December 10, 2019, in Berkeley, California, the City Council will be voting on a number of items. Buried in the Agenda, item #25 is particularly concerning.

The title “Support for Non-Violent Activists and Protections of Animals in Commercial Operations” from the “Peace and Justice Commission” is a resolution to allow non-violent activists to go on PRIVATE property and “Rescue” any animal these activists feel is in danger. At the heart of it is the Animal Rights Extremist group, Direct Action Everywhere or DxE. Read more about DxE on our website. HERE

The “recommendation” states that “Berkeley residents currently face felony charges for conducting non-violent investigations and animal rescues involving factory farms in Sonoma County.” (Keep in mind, Berkeley is in Alameda County, while the areas they were protesting in are about 1 hour north with no traffic.)

In essence, they are asking Berkeley to legalize breaking and entering into a business by DxE or any other Animal Rights Group, in order to “protect” animals. This would be a huge mistake.

This could set a precedent that affects any industry that uses animals, including agriculture, veterinary, equestrian, laboratory research, even homeowners are subject to being labeled as being cruel to animals. These groups who have no understanding of animal welfare, biosecurity, proper husbandry would now be free to tell professionals how to do their job.

If you have concerns, Protect The Harvest recommends contacting your district and council members HERE

If you live outside Berkeley, CA, your voice and concerns still need to be heard.

Prev Article
Aurelia Skipwith is Confirmed as Next Director of U.S. Fish and Wildlife Service
Next Article
Jim Haworth Joins Protect The Harvest Board of Directors