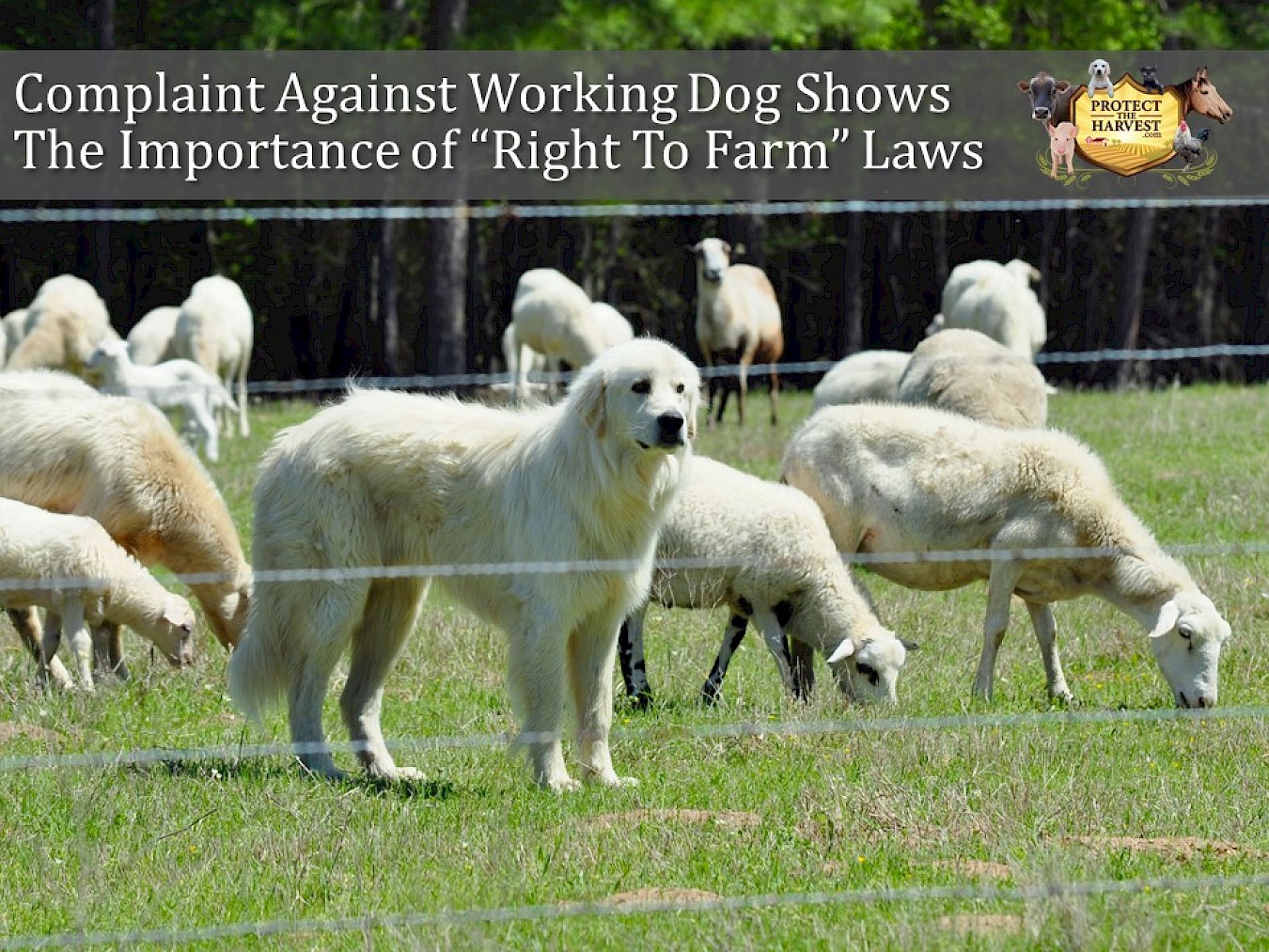 A current issue in Plumas County, California, offers a reminder of the extreme importance of Right To Farm laws. Right To Farm laws are defined by the National Ag Law Center as laws that “seek to protect qualifying farmers and ranchers from nuisance lawsuits filed by individuals who move into a rural area where normal farming operations exist, and who later use nuisance actions to attempt to stop those ongoing operations.”

Nuisance can be defined as “unreasonable, unwarranted, or unlawful use of one's property in a manner that substantially interferes with the enjoyment or use of another individual's property, without an actual trespass or physical invasion to the land.” Unfortunately, it has become increasingly common for urbanites who move to rural areas to be offended by the sights, sounds, and smells inherent to agriculture and to seek legal recourse—hence the reason Right To Farm laws are so essential.

All 50 states have Right To Farm laws in place, and while they vary in wording, the goals of the laws are much the same. State by state laws can be read here.

In addition to state laws, some counties also have such laws in place. This is the case in Plumas County, which lies in the Sierra Nevada of northeastern California. Agriculture comprises a significant part of the county’s economy.

Many operations in Plumas County depend on livestock guardian dogs, or LGDs, to protect livestock and crops from wildlife. Perhaps the most well-known breed of LGD is the Great Pyrenees. Other commonly used breeds are Anatolian Shepherds and various Mastiffs.

The mountainous area of Plumas County is home to a large number of predators, including wolves, mountain lions, and bears, making LGDs essential. While the threats these animals present to livestock are obvious, interestingly, crops such as fruit and pine trees require protection from bears as well.

The current issue involves an apple orchard owner who utilizes an LGD named Sheriff, a complaining area resident, and an animal control department that seems to be unaware of Plumas County Right To Farm laws. Sheriff the livestock guardian dog, was simply doing his job and barked at a bear that had entered the orchard. Locals say there is substantial space between the orchard and the complainer’s property. There is also a nearby track with regular trains passing through, which creates exponentially more noise than an on-duty LGD.

Nevertheless, the noise complaint was filed with animal control. Sheriff’s owner has been arraigned and is due in court November 22, 2019, but has appealed to the county board of supervisors.

How did this happen? How did a farmer, in a Right To Farm state, and in a rural, agricultural county end up with a court date over a livestock guardian dog simply doing its job? It revolves around Plumas County’s overreaching “Noisy Animals” Ordinance.

Sec. 6-1.106. - Noisy animals.
(a) It is hereby declared to be a public nuisance for any person to keep, maintain, or permit to remain on any lot or parcel of land under his control any animal which, by any sound uttered by it, shall disrupt the peace and quiet of the inhabitants of any neighborhood or interfere with any person in the reasonable and comfortable enjoyment by such person of life and property. (b) The Animal Control Director may investigate any complaint, and, if he finds such conditions exist, he may issue an order to conform requiring the owner or custodian of such animal to abate such conditions within a reasonable time.

A review of Plumas County ordinance seems to indicate that the complaint should not have been accepted at all. Two particular sections are relevant:

It’s important to note that Portola is the only incorporated city in Plumas County, and according to locals the apple orchard in question is nowhere near that. In addition, the county’s Right To Farm ordinance seems to exonerate Sheriff the livestock guardian dog and his owner from any wrong-doing.

Sec. 9-2.1253. - No nuisance under County law.
In addition to the protection afforded by California Civil Code Section 3482.5, no agricultural or timber operation shall be or become a nuisance, public or private, under the laws of Plumas County, including this Code, when the operations are managed or conducted in a manner consistent with accepted customs and standards established in Plumas County, or with the best management practices established by the industry.

While the complaint against Sheriff doesn’t seem to hold water, it does serve to demonstrate how the most basic of agricultural practices can fall under attack, and how vitally important it is to be aware of your rights and local laws.

You can send letters of support for Sheriff and his owner to:

Their court date is November 22nd, so letters should be submitted prior to then.